The 2019 Mempho Music Festival was a truly magical experience where a passionate group of fans gathered at Shelby Farms Park, one of the largest urban parks in the United States, to enjoy a variety of music with some beautiful fall weather. DittyTV attended the festival, connected with fans, and captured their experiences of music, food, and nature. Watch our recap video.

The two-day festival kicked off on Saturday, Oct. 19, with an exceptional performance from Marcella & Her Lovers, who shared their swampy and sultry blend of soul sounds. With horns, zydeco squeezebox, and all the showmanship that you could ask for, including beautiful hair-swirling from bandleader Marcella Simien, their performance set the stage for a lovely weekend.

Jerry Phillips, Steve Selvidge, John Paul Keith, Jason D. Williams, and many more followed as part of the Sun Studio Tribute show to honor the songs and legacy of the prolific Sun Studio in Memphis, Tennessee. Later in the day, Margo Price brought her unique blend of attitude-heavy rock and country sounds, wowing the crowd with some of her biggest hits like “Tennessee Song,” as well as covers of songs by Dolly Parton and Janis Joplin (a perfect melding of Price’s styles).

As the sunset arrived, more and more people gathered, anticipating one of the top performances of the weekend, Wu-Tang Clan. Introduced by Royal Studios’ own Lawrence “Boo” Mitchell, as well as legendary songwriter/producer, David Porter, Wu-Tang Clan took the stage with intentions to honor Memphis’ musical prowess. They did so while delivering the long-time hype with which the Wu-Tang name has become known. They brought mega-hits like “C.R.E.A.M.” and “Protect Ya Neck.” It was a vibe unparalleled.

Following Wu-Tang Clan was the Nashville-based rock ‘n’ roll force known as The Raconteurs. Theirs was one of the most animated and explosive performances of the weekend. As you would expect from Jack White, he commanded attention with every move he made. At one point, he even brought out a hairbrush and started combing, prompting the crowd to swoon. Paired with the welcomed theatrics, The Raconteurs show was probably the most confident performance of the weekend. They wrapped the first night and left fans buzzing for the next day.

The beautiful weather continued on Sunday as fans arrived, already talking up the line-up with artists on the way like Valerie June and Brandi Carlile. Memphis-based singer-songwriter Mark Edgar Stuart brought his humorous and heartfelt folk sounds to an attentive crowd, as Art Edmaiston accompanied on saxophone.

Other artists of note on Sunday included The Revivalists from New Orleans, Louisiana, who got the crowd feeling right. Fellow New Orleans-based artist, PJ Morton, captured the attention of fans too, fusing Gospel styles with modern and hip R&B vibes. Morton earned the “unexpected-favorite” title from the DittyTV crew, who maintained a steady flow of conversation with music fans from all around the world, spreading the good news of Americana and Roots music.

No one dazzled over the weekend as much as Brandi Carlile, though. Her stage presence was unmatched. Her energy, her musicianship, her storytelling, and her connection with the crowd—her vulnerability was sincere. It all played into a downright wholesome and vibrant experience, only furthering Brandi’s reputation as one of Americana’s most-revered and respected artists today.

Her songs ranged the full gamut of tender piano-ballads to full-out rock and outlaw. No other artist over the weekend had such evident respect from their fans and such a good flock of people who clearly couldn’t contain their excitement about being around one of their favorite artists. These moments and many more made Mempho Music Festival an enjoyable and relaxing music festival experience—one that we can’t wait to do all over again next fall. 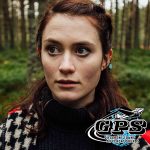 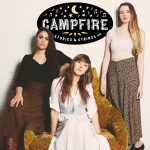