Ahead of his upcoming U.S. tour with fellow Canadian powerhouse Terra Lightfoot, acclaimed singer-songwriter Matt Andersen has connected with us to share some personal thoughts on his new record House to House and an exclusive performance featuring a heartfelt handful of songs from the record.

Anderson has long walked the line between raucous, amped-up blues and sensitive, reflective balladry, and though this new album marks his first solo acoustic release, that doesn’t mean that he abandoned his fiery gospel tones.

1) You’ve long walked the line between raucous, amped-up blues and sensitive, reflective balladry. Though your new record House to House marks your first solo acoustic release, that doesn’t mean that you abandoned the fiery gospel tones. What was your goal for this new record’s sound? 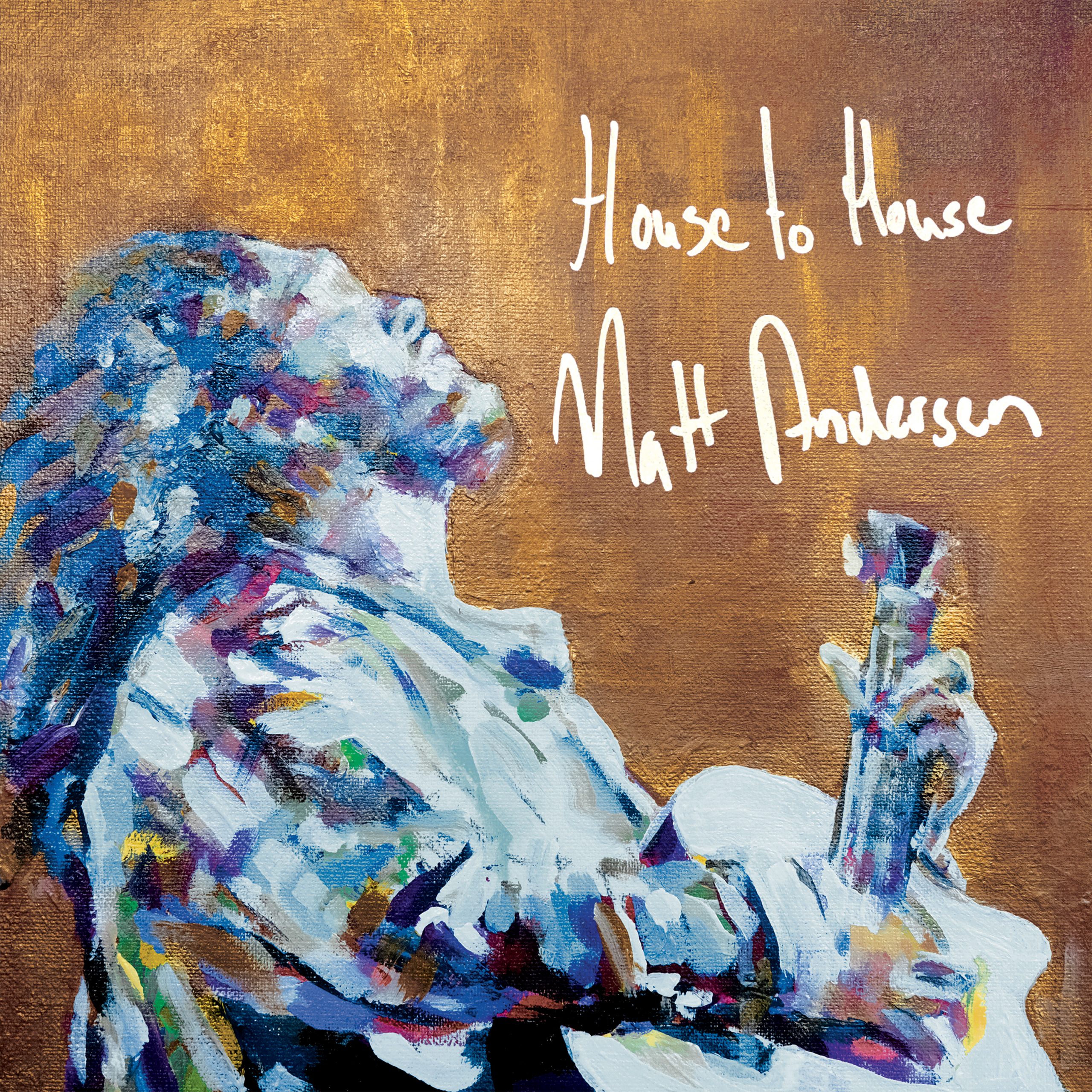 The main goal of this album was to record myself live off the floor, just me and the guitar. I didn’t really focus on style or genre with this. I just wanted to keep it simple and organic. I wanted it to feel like you’re sitting beside me as I sing. Most people know me as a solo performer, it felt right to finally have an album that represented that.

2) Who did you work with on this record, and who is responsible for the outstanding vocal contributions on tracks such as “Time for the Wicked to Rest” and “All We Need?”

I’m fortunate to have some amazingly talented friends. Most of the songs are co-writes with folks who I’ve worked with before and consider friends outside of the music biz. The voices you’re hearing on those songs are sisters, Reeny Smith and Mahalia Smith and their cousin, Micah Smith. I’ve been singing with them for the last couple of years and they are fantastic. A real treat to have on and off the stage.

3) You recently posted a live performance of “See This Through” on social media with a note saying: “A little reminder that we can have a difference of opinion and still carry on as friends.” Would you elaborate on that thought and explain how it fits into the overall message of House to House?

There has been so much division over the last couple of years. Family and friends no longer talk to each other. Somewhere along the way, we lost sight of the fact that it’s ok to have a difference of opinion. Everybody seems to feel that their own opinion is the only way things can be, not open to any other point of view. This song is a call out for folks to open up a bit, accept the possibility that they may not know everything, and above all else put in the effort to keep the ones that are closest to you, close.

Bonus: Of all the songs on the new record, is there one that carries more emotional gravity for you, and would you explain why?

“See This Through” is the one that sits heaviest with me. I’ve definitely been getting bogged down by all the separation in the world. Every topic has become an us versus them. I think everybody is feeling that right now. We’ve all lost touch with people we care about. It’s been tough. Writing this song was a reminder to myself to not give up on somebody who you feel may be lost.

4) You’re hitting the road in the U.S. soon with fellow Canadian powerhouse Terra Lightfoot. Have you collaborated with Lightfoot before, and are you bringing Dave Sampson out with you like on your previous recent tour?

I’ve toured and written with Terra a bunch. She’s absolutely killer on stage and a great hang on the road. We’ve become good friends over the years. She co-wrote one of the songs on the new album with me, “Looking Back at You.” Dave was with me on my last tour. I’ve got some more shows with him coming up this summer, but it will be just Terra and me on this next run.

5) We’re pleased to present an exclusive live performance from you today. What songs are you treating us to, and would you provide a brief description of each tune?

“Other Side of Goodbye” – I wrote this with Terra Spencer. She brought this idea and a good bit of the song to our first writing session together. I’m a sucker for a good break up song and this one hit all the points. A situation I’m sure we’ve all been in. What do you do when you see that person after being together and are still trying to get over it all?

“Coal Mining Blues” – I wrote and recorded this with Colin Linden about 10 years ago. I’ve always wanted to do a solo version of it, that’s how it landed on the new album. There is a strong history of coal mining where I live. It’s a job I have a lot of respect for. Those guys went underground and did whatever they had to do to take care of their families.

“Quarter on the Ground” – a few years ago my uncle Joe passed away. Joe was the uncle who always called and was always stopping in. It was a few months after we lost Joe that one of my other uncles said, “I sure wish I could talk to him just one more time.” That was the idea behind this one. The longing for that one last chance to have a chat and hear that voice again.

Bonus: Tell us the story behind the guitar you’re playing.

I’ve been playing my Lakewoods for close to 15 years now. They are hand made by a small team in Germany. They travel well and can handle all of the pressure the road puts on an instrument. I got to meet the folks who build them a few years ago. I went to their shop and got to pick out the woods and design that I wanted. I wanted to have two identical guitars so I could always have a backup. Usually, I have one at home getting ready for the road, and one out with me. I needed a way to tell them apart and named them after one of my favourite Townes Van Zandt songs. At the 12th fret, I put the names, “Poncho” and “Lefty”.