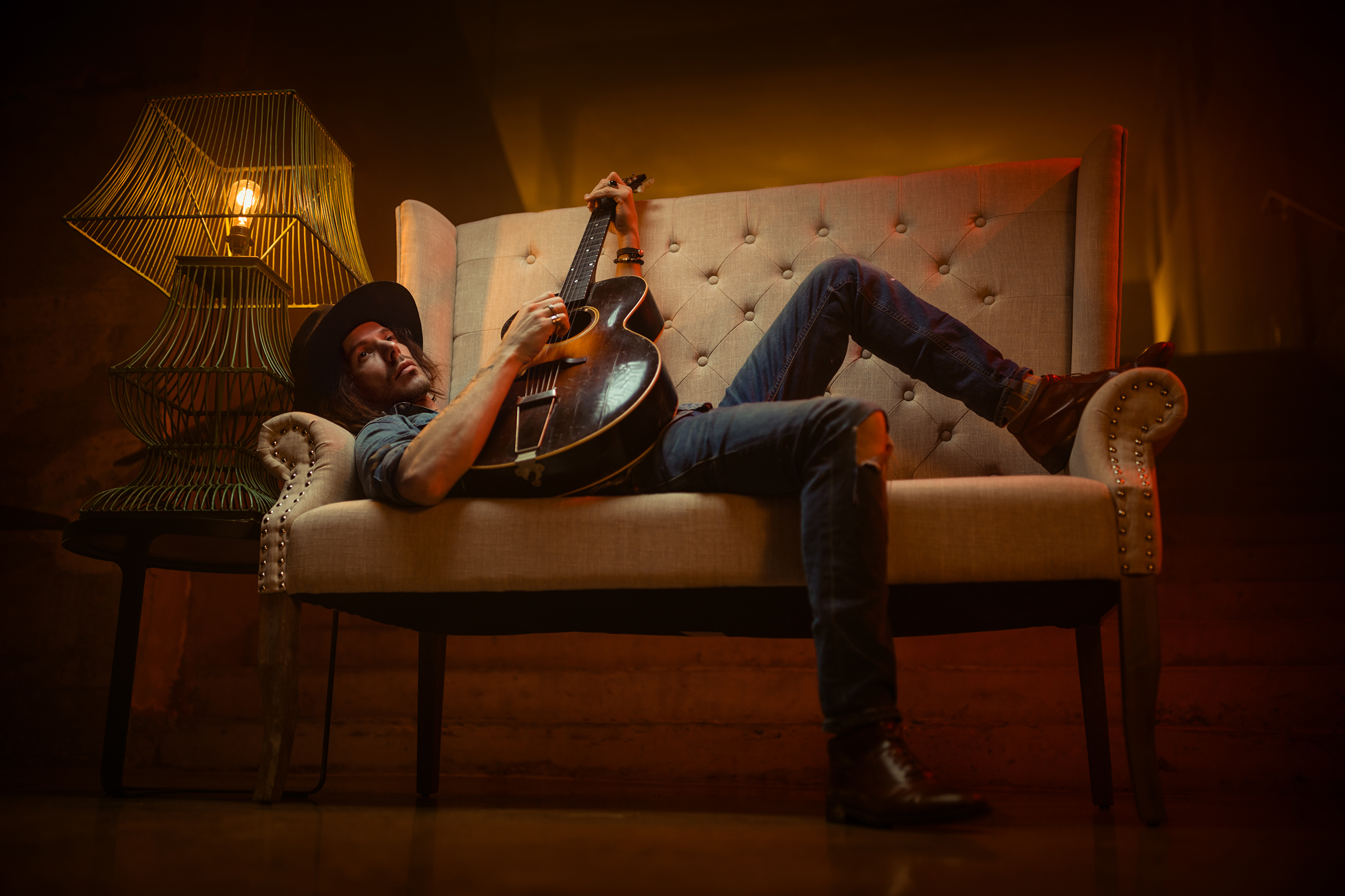 Born and raised in small-town northern British Columbia, Kyle McKearney grew up immersed in Country and Bluegrass music, and is now poised to carve out his own place in the global music scene with his unique Americana sound. Kyle’s new single, “Keepin’ It Simple,” is an irresistibly swampy jam that rocks in both its electric and acoustic versions, the latter of which DittyTV is thrilled to be featuring today as a brand new music video.

The video for McKearney’s “Keepin’ It Simple” was recorded live at Ill-Fated Kustoms in his hometown of Calgary, Alberta. It showcases not only Kyle’s soulful voice but also his incredible band. “Keepin’ It Simple” is the third preview so far of Kyle’s as-yet-untitled new full-length album due out this fall.

1) What was it like being born and raised in British Columbia, and how did you get introduced to country and bluegrass music? 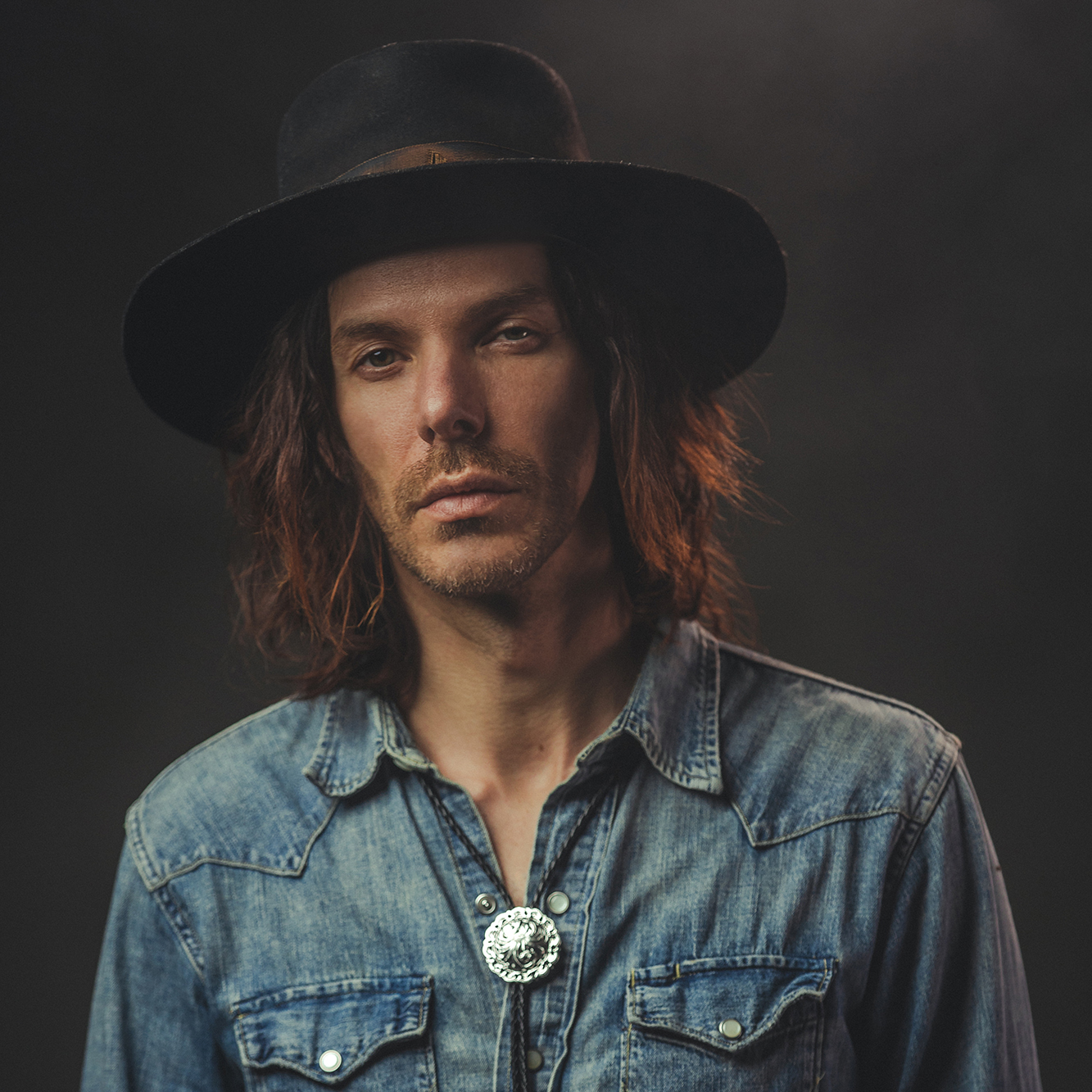 I grew up in a small oil town in northern BC called Fort St. John. It was a tough place but had its beauty and a charming way about it. Some of my best friends still live up there. My grandparents played music for a living and raised my dad up to be the bass player. They were covering Jonny Cash, Waylon, Merle, George, Jim and Jesse, Ricky Scaggs etc. I grew up surrounded and nurtured by my families music and laughter and was playing along by the time I was 10.

2) What can you tell us about your upcoming debut album, slated for release in the fall of this year?

I’ve never been more content with a body of work. These are songs from my life. Hard times and good. Crossroads and side paths. Its an accumulation of all my stories bucked up into an 8 song record. Some real personal stuff on here and I look forward to sharing it.

3) You reside in Calgary, Alberta — what’s the music scene there like these days, and are there any artists from that area you recommend we check out?

The country music scene is vibrant. They call it the Nashville of Canada. Stampede is always a big week for our city. Lots of cool cats out here. I like this 19 year old, Marcus Trummer, he’s got soul and plays great. Annika from “leaving Thomas” is doing her own thing now and is fierce. Jocelyn Alice is also incredible. Mariya Stokes is a great talent. There are so many more.

4) Is there a recurring assumption that people make about you that’s totally wrong?

Not really but since I’ve started wearing hats all the time, people think I’m balding and am hiding a skullet up under here. I’ll have you all know, I’m fortunate to still have a full mop and I am knocking on wood as I write this down.

5) Tell us as much as you can about this new live performance video for your single, “Keepin’ It Simple,” including the story of Ill-Fated Kustoms and which fishing creek you’re referencing in the lyrics. 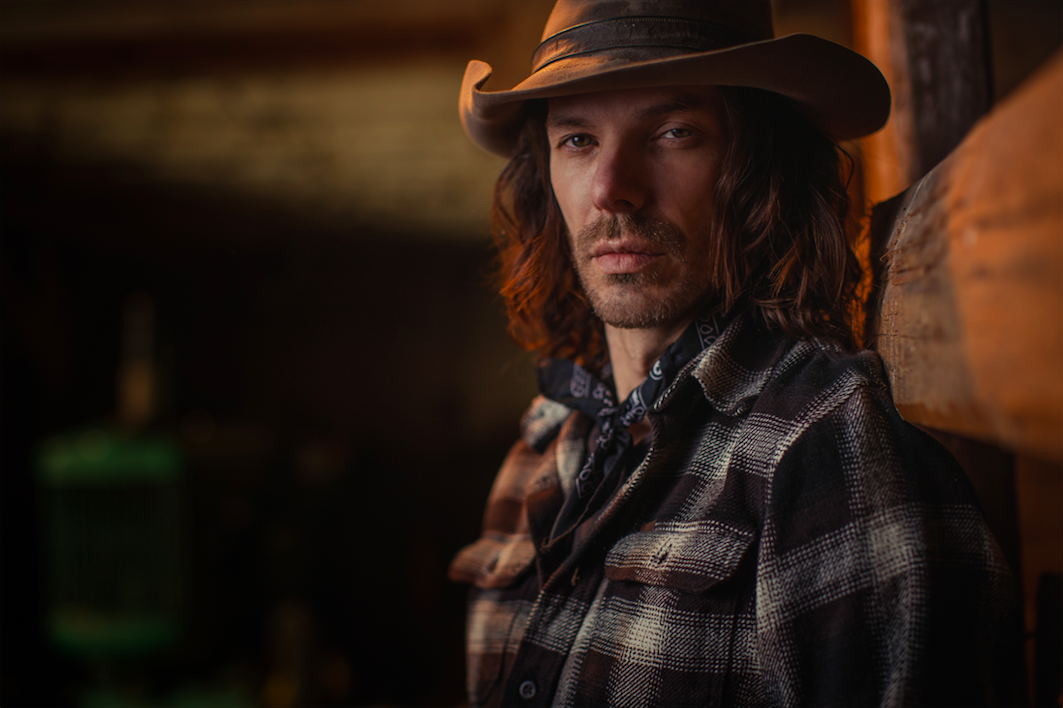 Haha. That’s awesome. I remember riding my motorcycle to my buddy Kenny’s place and knocking on his garage door to ask him to help me fix my bike. Kenny was an engineer and worked on bikes part time in his garage. His rep started building and he opened a shop and quit his engineering job. He kept building and now has an incredible space and business with a live venue, food truck, coffee bar, mechanic shop and store front where he and Jen sell helmets, jackets and all sorts of swag. I love riding and think that being on the open road with two wheels under ya is a damn good way to enjoy the simple things. IFK was a no brainer setting for this live vid imo. I’m actually referring to Bragg Creek in the song. We had a family day on the water and I wrote that chorus while I was chasing my 4 year old around, looking for magic fairies. Bragg Creek is a beautiful place just south of Calgary.

Bonus: Can you talk about your touring van and where it’ll be taking you this year?

You know. I sold my tour van when the pandemic shut us all down. I’ll likely grab another one when we get things fired up again but as it stands I’ve got one booking in July (fingers crossed) and one in November. Canada’s been a bit slower getting vaccinated and back to work than you all down in the US. I’ve been enjoying the time at home to be honest but am starting to feel the urge to get out playin again.