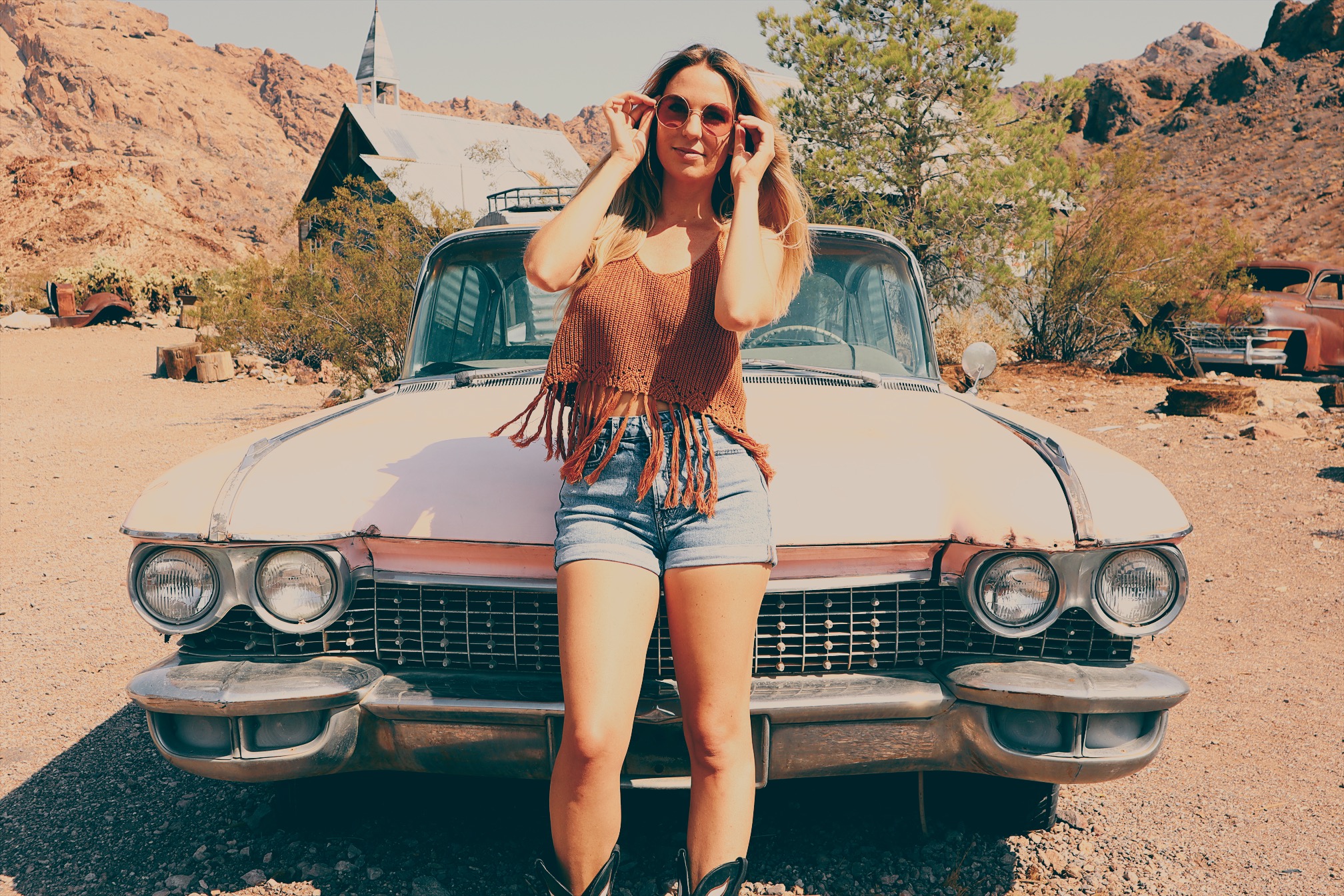 Bitter currently lives and travels in her van, roaming as a hustler of the highway, living out the Americana adventures that writers like her have trailed for decades and distilled into songs just like “Ridin’ on a Dream,” a tune about a cowgirl who leaves her town of nothingness in dreams of being the queen of the rodeo though the odds may be stacked against her. “We really wanted to go outside the box on this tune,” says Bitter, “incorporating a left-field heavy psychedelic solo against a mellow sultry outlaw western vibe.” 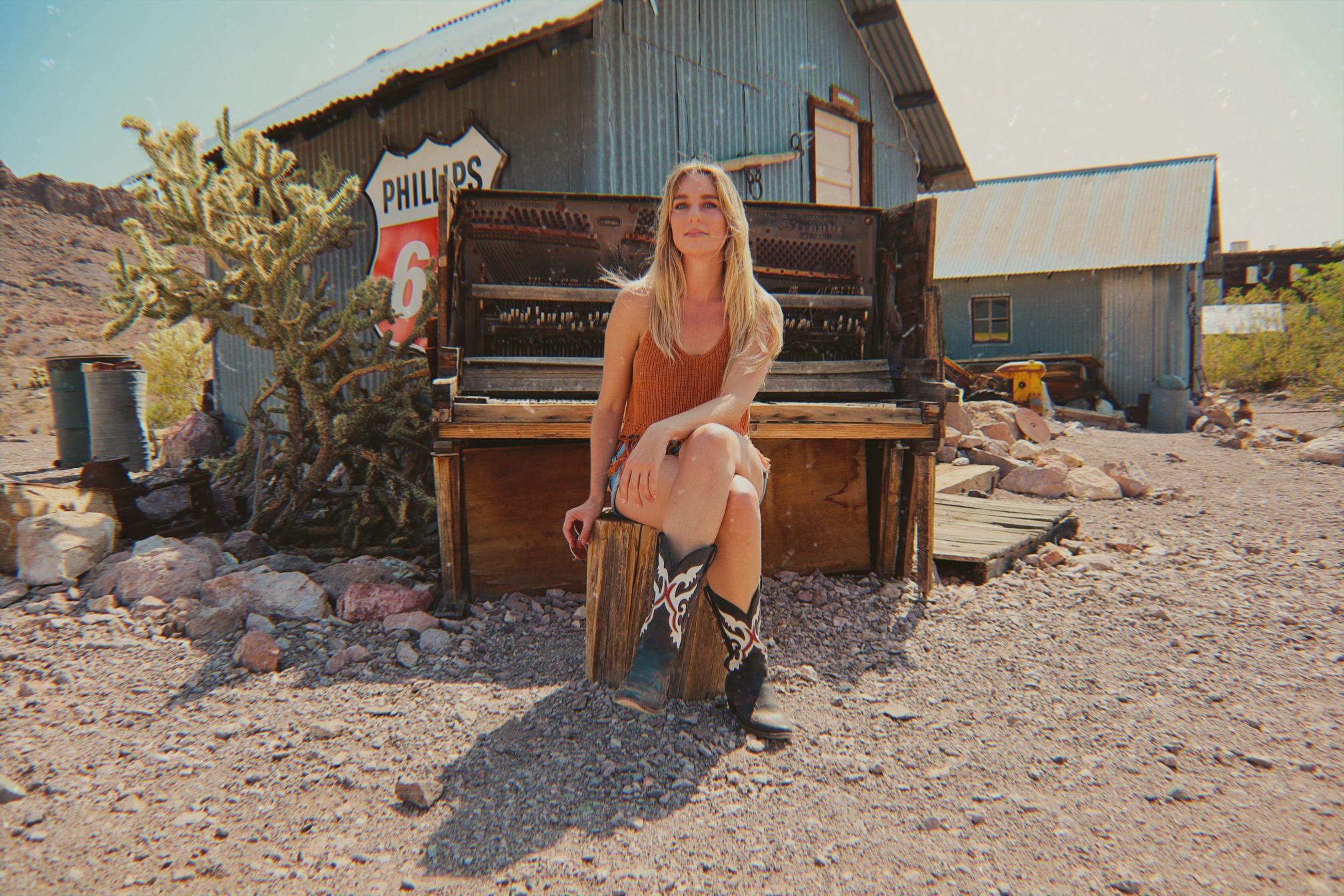 1) What’s your musical background, and how did growing up in San Diego, CA, help shape the artist that you’ve become?

I lack any formal musical training in my background, but I always knew I wanted to be a singer-songwriter since I was in the single digits. I didn’t realize how apparent San Diego, and California in general, influenced my writing until I left and played shows throughout the rest of the country. I am very heavily influenced by late 60’s San Fran psychedelic, the Laurel Canyon counterculture era in Los Angeles, and western outlaw vibes in general. So many of my idols made their dreams come true on the west coast and that has innately inspired me. Especially Linda Ronstadt, my ultimate influence. 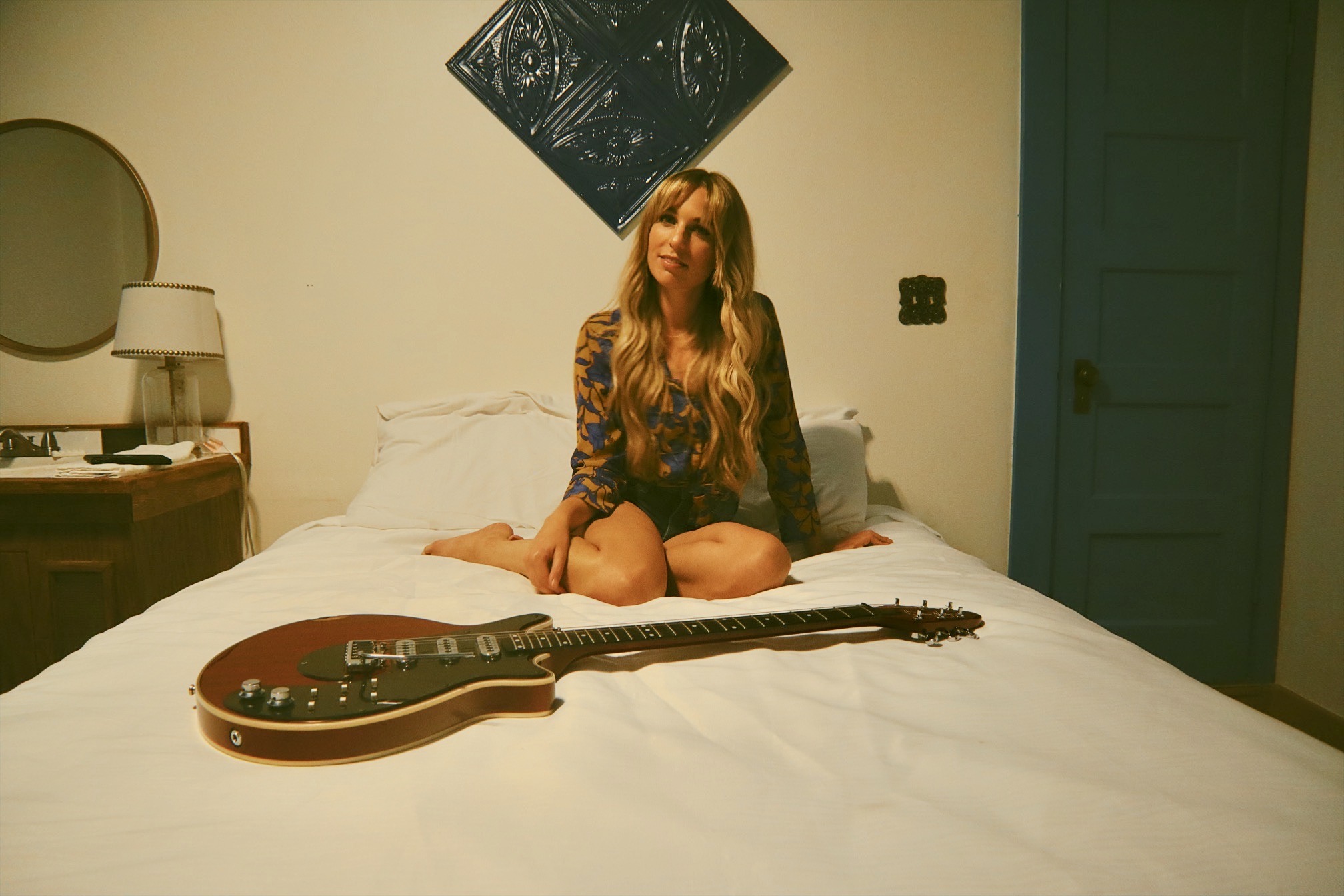 2) You have quite a few shows lined up through October, November, and December. Also, you recently decided to commit to a life on the road, touring and living out of a van as a hustler of the highway. What has that van life experience been like for you so far, and what is it about live performance that inspires you most?

Van life has been awesome. It has its ups and downs, but I wouldn’t trade it for any other lifestyle. Seeing our great beautiful country and making a living off playing shows is an absolute dream. Connection and community are what inspire me the most with live performances. Music brings people together and there’s nothing more rewarding than seeing a community evolve over music, singing songs, and watching people simply enjoy their life in that moment. 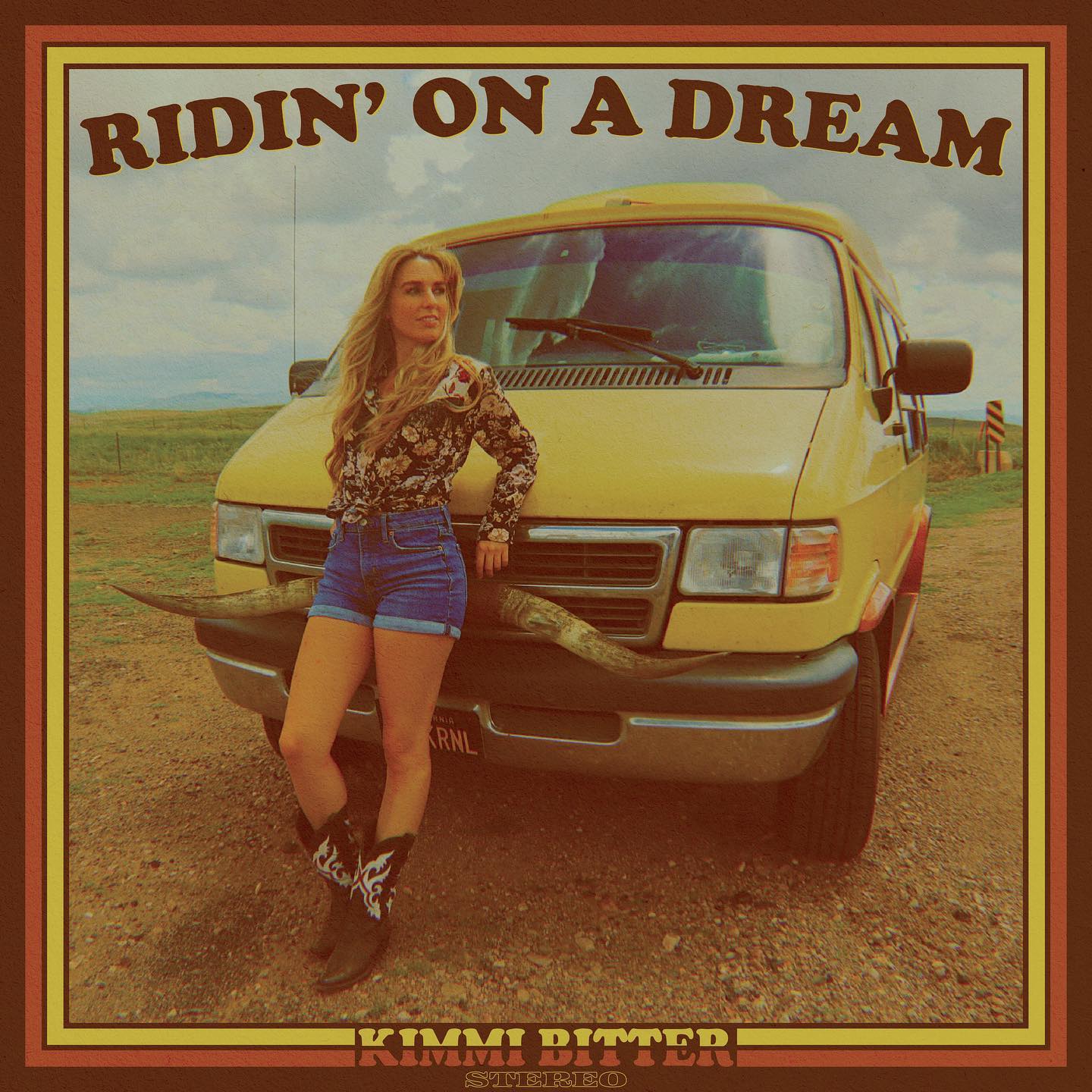 3) Today, DittyTV is premiering your new music video, “Ridin’ on a Dream.” Will you share about your experience cutting this tune at Memphis Magnetic Recording with producer/engineer Scott McEwen (JD McPherson, Nick Waterhouse, Southern Avenue) and describe the sonic approach you took?

Yes! I couldn’t imagine a more perfect studio for the sound I have been dreaming to achieve. The equipment I recorded through at Memphis Magnetic has so much legendary history to it. The console was the Grand Ole Opry’s from the seventies! Scott is so easy to work with, his stories had me cracking up, and he is such a master at cutting to tape. Everything we did was through tape, from the recording, mixing, and mastering. I’m always trying to chase that timeless sound from the music I adore from the seventies and earlier that I figured why not record on what the musicians of that time did? The analog sound is sonically important to me and I think appropriate for the kind of music I am trying to capture. Plus it limits you, you never really get a “perfect” take (which I think can sometimes translate to a sterile feel), but you get an honest take. There’s no faking it with analog and that’s what I love about it. 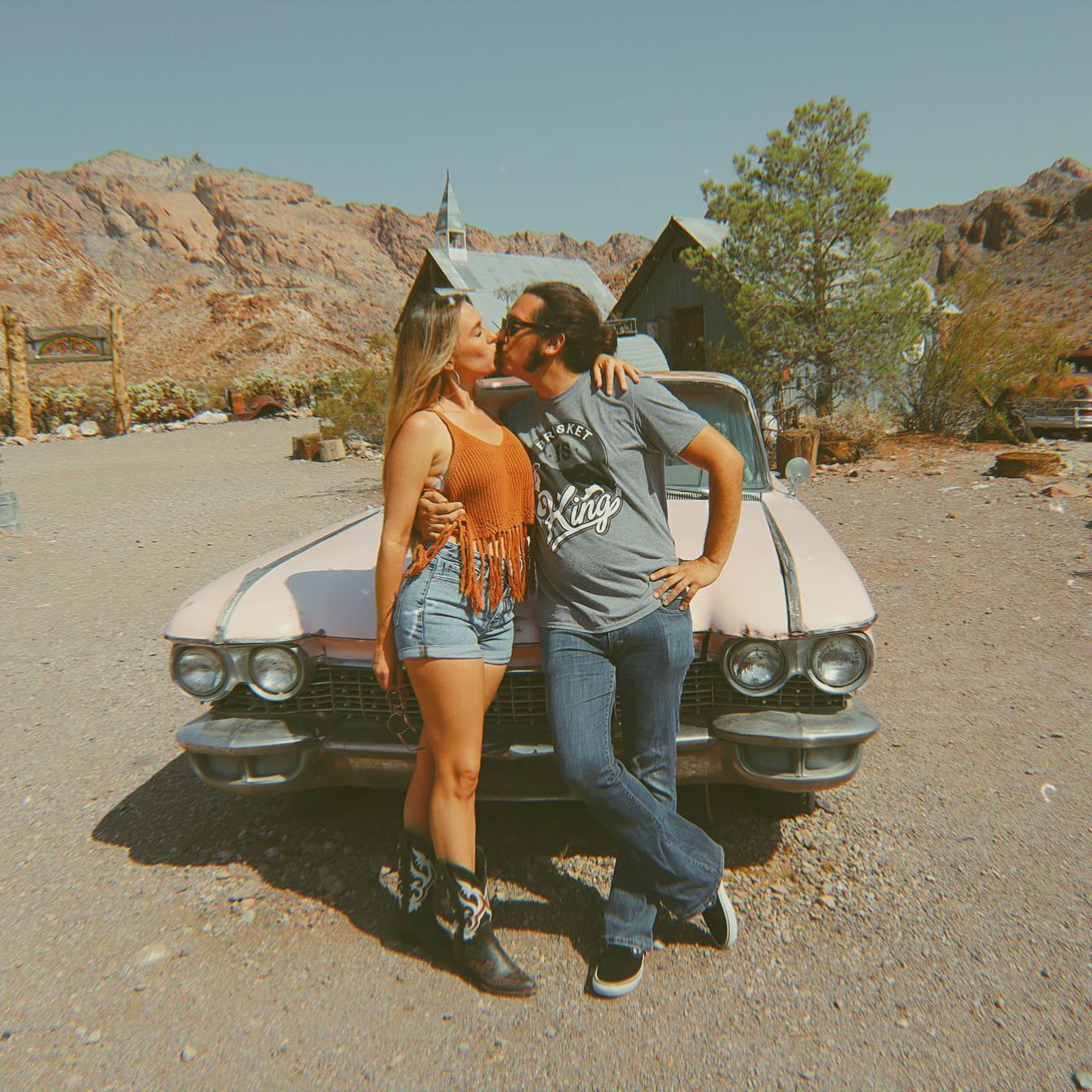 4) Willis Farnsworth was also involved in the recording of “Ridin’ on a Dream” and is credited as videographer and editor of the music video. Will you share about your relationship with Willis and tell us how you two met?

Willis is my boyfriend and we travel the country playing shows as primarily a duo. We met through the open mic scene several years back. We instantly shared an obsession with classic rock, analog recording, and tube amps. He carries a lot of weight with editing and filming videos as well as bringing some gritty rock n roll to the table. I come from a softer edge of singer-songwriter/country and he is very much 70’s rock n roll from the bellbottoms he wears to the style he plays guitar. I think the dynamic between us can be rather contrasting but for whatever reason, it works.

5) Do you have any plans to release a full-length album soon?

I have some things in the works! I’m still figuring out in what way I am going to release, whether it be EP, full length, or sprinkling singles out here and there with the goal of definitely pressing to vinyl. Nonetheless, I am back in the studio with Scott to cut several more tunes in November and I’m super excited to see how they take shape. Stay tuned for early 2022!

Bonus: What music are you currently obsessed with and why?

I’m forever obsessed with Patsy Cline, Linda Ronstadt, CCR, Led Zeppelin, Elvis, Fleetwood Mac, Emmylou Harris and so many of the timeless greats. I recently got re-obsessed with Lee Ann Womack. I loved her growing up with nineties country. I just love her vocal tone and how she has kept her style so rootsy, especially in the later years. She does this super deep cut New Orleans-esque version of Elton John’s “Honky Cat” and it’s radical. Also, currently obsessed with Santo & Johnny’s “Sleepwalk” because that vibe!