“When looking back on the whole process of creating this record, the most important thing I learned is to make sure to love what I’m making before asking anyone else for their opinion,” says John Splithoff, a New York-based artist who recently released his debut album All In.

“Sometimes it takes a long time to get to that point for me, but I also learned that not everything needs to make total sense and be 100% transparent to somebody else as long as it resonates with me.” The good news is, it resonated with us at DittyTV, so we got in touch with Splithoff to get to know him a little better.

1) You were born and raised outside Chicago, studied performance at the University of Miami, and you hold groove-driven artists like D’Angelo, Daft Punk, and Prince in high regard. You started working on your new album All In while in New York City, but it wasn’t until you took the songs out to L.A. that they truly materialized. Could you pinpoint how these varying locations and influences weave their way into the songs on All In? 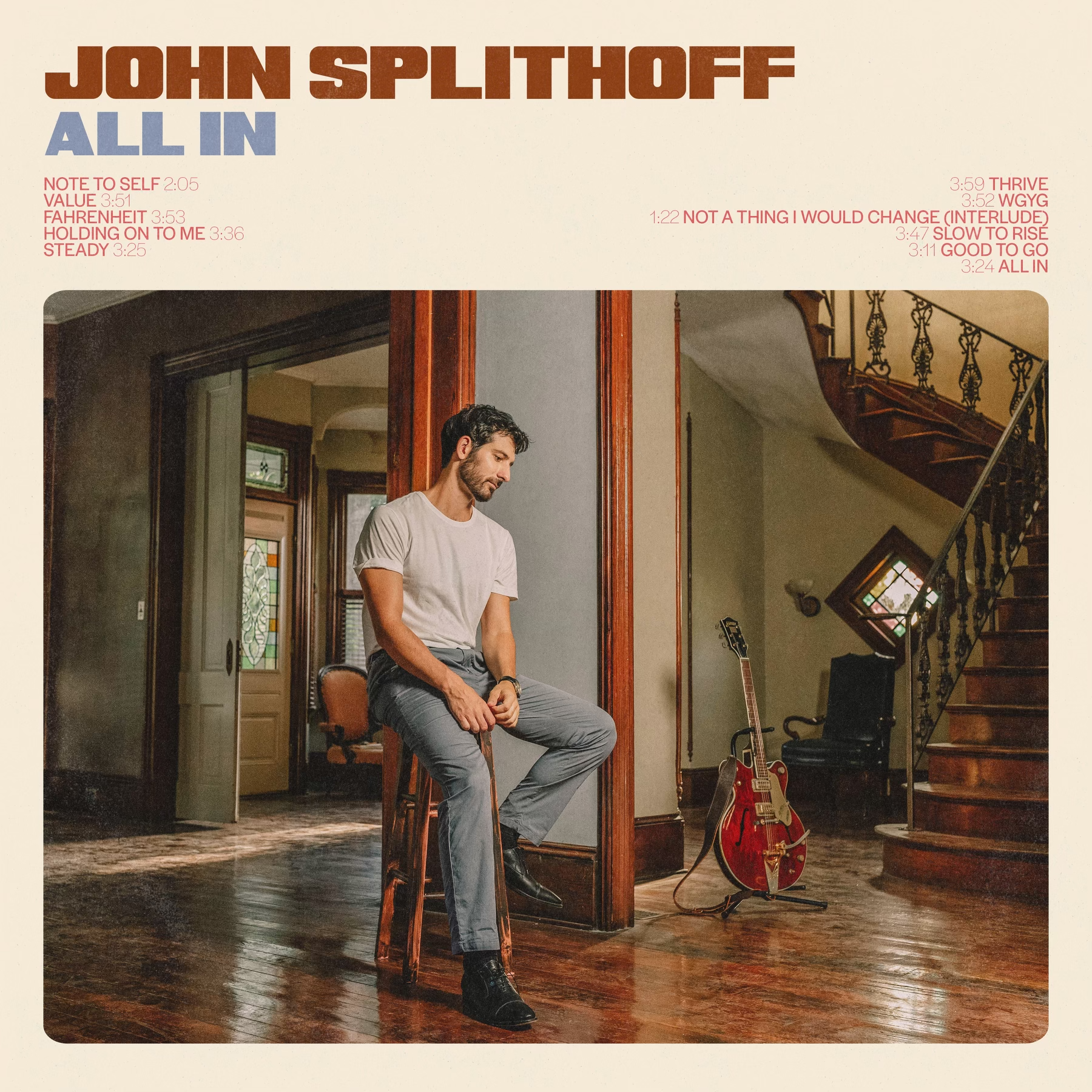 I did the bulk of the writing and arranging for All In at home in New York and felt like I needed to take the songs I had out west to collaborate with some other people to help bring them to life. For the past four years, I’ve used this process of demoing songs out in NY then working with people in LA I really enjoy making music with. I think a new location automatically brings new inspiration into the songs and getting a fresh perspective from people whose opinion you respect goes a long way when it comes to creating.

2) We’re honored to share your exclusive and unreleased live performance of “Holding On To Me.” How did you approach this recording differently from the album version, and what was the original inspiration for this track?

I think when you take away the upbeat drums that the studio recording has, the chords are very sentimental. I recorded this video while I was quarantining in Georgia over the summer, and I think I was still getting familiar with playing it live. When it came time to mix the audio, I had just seen a couple videos where artists I love took their upbeat song and turned it into a more spacey, intimate ballad…I wanted to do the same thing with this live performance and video.

3) For years, you followed a pattern of releasing singles and EPs, which turned out to be a successful path for you, leading to millions of streams and coveted performances at festivals like Bonnaroo. But you knew that you needed to make a full-length album. Looking back now, what did you learn in the process of crafting your first LP, and what stands out as the most significant milestone or marker, a moment when you knew you were doing the right thing?

When looking back on the whole process of creating this record, the most important thing I learned is to make sure to love what I’m making before asking anyone else for their opinion. Sometimes it takes a long time to get to that point for me, but I also learned that not everything needs to make total sense and be 100% transparent to somebody else as long as it resonates with me. A powerful moment was going upstate NY with a couple good friends last summer after just receiving the first batch of album mixes. I remember waking up really early and listening to the first two songs on the record while it was still dark out. The intro of the second album track, “Value,” hit right as the sun started to come up and it struck me in a profound way that gave me a lot of reassurance in the music I had spent so much time making and it also gave me new inspiration to make more music.

4) We also want folks to see this acoustic performance of “Steady.” Talk to us about “Steady” and the behind-the-scenes of the making of this intimate performance video.

“Steady” was written at a time when I felt creatively stuck and had a lot of doubt about the music I was making. More often than not, writing songs for a living is extremely difficult to turn into a steady job, so these lyrics come from a place of gratitude for the people in my life who keep me grounded and have helped me get through just about anything. This video was also recorded in Georgia last summer. It was just a peaceful night and I decided to play the song stripped down on electric guitar. It was the first time I got to play that Chet Atkins Country Gentleman Gretsch guitar in years, and I ended up including that guitar on the cover of the album.

5) Let’s say, hypothetically, you’re guest DJing on your favorite radio station for an hour. You can play anything you want to. What radio station are you on, and what are the first five tracks you’re spinning to get things moving?

I’m not sure what radio station I’m on…but to get it going? Hmmm I would probably play these 5 songs in no particular order:

“Can’t Let Go” by Earth, Wind & Fire
“Do I Do” by Stevie Wonder
“Since I Had You” by Marvin Gaye
“Tell Me You Still Care” by S.O.S Band
“More Than A Woman” by the Bee Gees

Ah yes – I’m still on the hunt to get it back. My apartment was broken into while I was in Chicago for the holidays in 2019 and they managed to grab my blue American Fender Strat. Up to that point, I used it on every song I’d ever recorded, and it was the guitar I grew up playing since I was 13. This incident inspired the lyrics for the chorus in “Value.” Since then, a teal Tom Anderson Telecaster has taken its place and it plays like a dream, but that blue strat had some magic to it. So if anyone reading this sees a royal blue Fender Strat with a maple neck out there, let me know!