Austin-based Jenny Reynolds is a singer-songwriter, guitarist, and storyteller releasing her new album, Any Kind of Angel, on June 19. Her songs are stories that evoke feelings, and her lyrics expose questions and issues about the human experience.

She grew up in a family that loved music and experienced it together by listening to albums and going to shows. At 5 years old, she fell in love with the guitar—her first one bought from Sears. 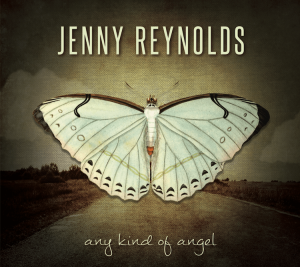 Any Kind of Angel, Reynolds’ fourth album, is a wonderful 10-song collection produced by Mark Hallman and André Moran at Congress House Studio in the heart of Austin. “Mark and André don’t just record what a person can do,” she explains. “They helped me discover what I can do as a guitar player, then they helped me develop that sound, then we recorded it. Mark and André help me discover where my music will be. This is why I don’t want to record anywhere else. I like what Mark did with Ani DiFranco’s record Dilate (her first studio record), and all of Eliza Gilkyson’s recordings.”

The musicians playing on Any Kind of Angel include Jaimee Harris (harmonies), Scrappy Jud Newcomb (electric and nylon-string guitar), Warren Hood (fiddle), BettySoo (harmonies, mandolin), Oliver Steck (cornet), Jenifer Jackson (harmonies), and Nate Rowe (bass). “Generally the people I like to play and record with are people who listen to others as much as they listen to themselves, much like jazz musicians do,” Reynolds says. “We may not be playing jazz, but we are responding to each other with that kind of attentiveness and creativity.” 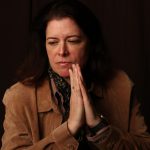 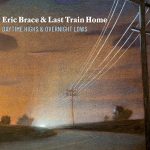