“The concept for the video was simple: make mundane tasks seem like a mountain to climb.” Those are words from Jason Erie describing his new music video, “Tiny Fires,” the title track of his upcoming studio album, set to release March 25th via Wirebird Records. “I wanted to encapsulate a moment in time,” says Erie of the Duende Vision-produced video, “show the world on fire while in spite of ourselves we continue to go on.”

We connected with the Nashville-based songwriter to learn about his new album and its title track, which he thinks of as being “about the longing for human connection and the stark reality we find ourselves in.”

1) You’re releasing your debut studio album Tiny Fires on March 25th via Wirebird Records. What can you tell us about the record, its inspiration, and who was involved in the production? 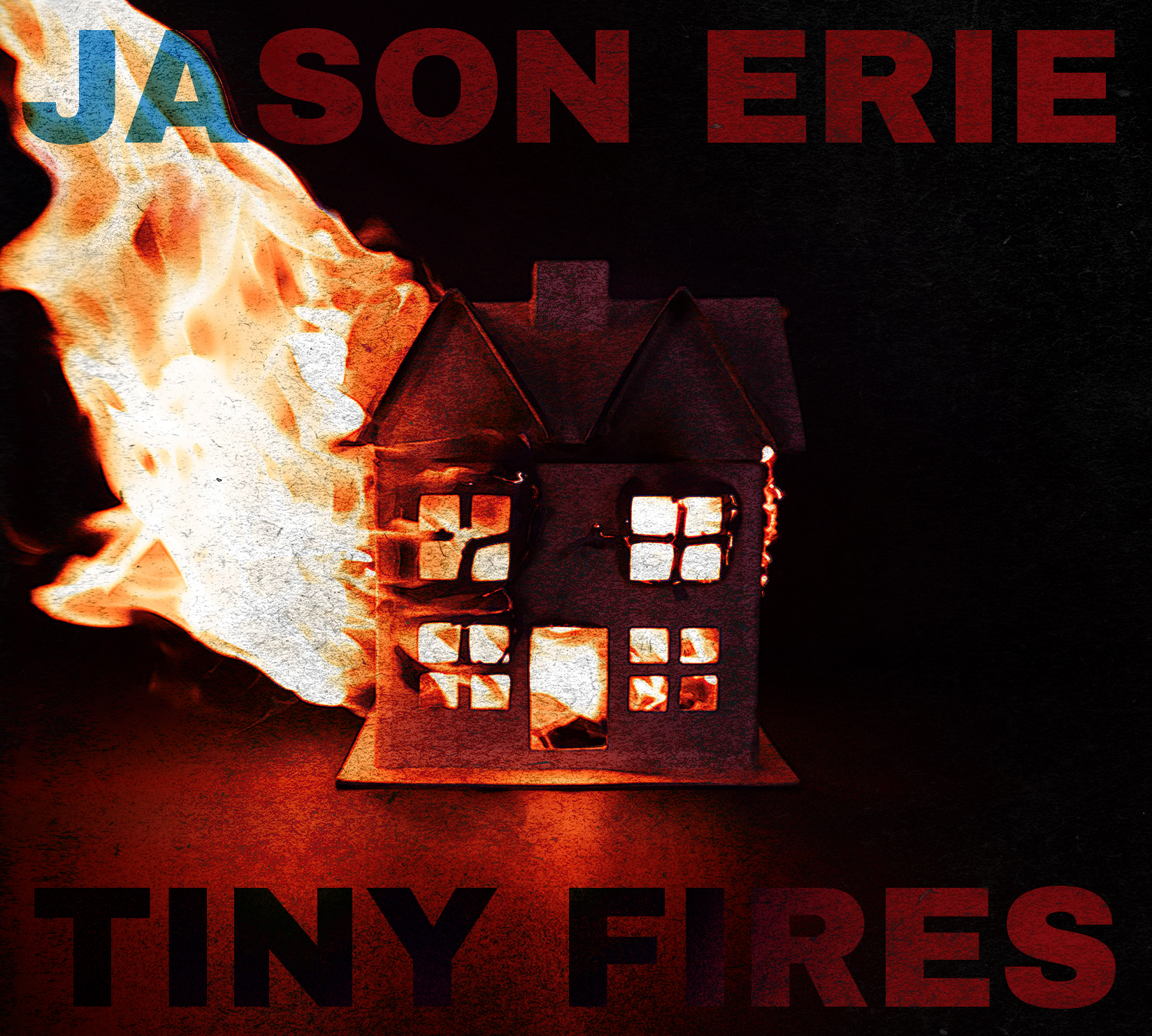 I started writing this record right after my last release in 2018. Needless to say, a lot has changed since then. Tiny Fires was a completely different record than when we started recording it. I started to write more and more about the current situation of the world we found ourselves in. It took two years to finish. Between the pandemic and the veil of capitalism being lifted, I had a hard time trying to focus on anything that felt self indulgent. I wrote this record to try and document what it means to be a working-class citizen in today’s United States, while everything you were taught crumbles around you.

A lot of great players and friends came out to lend their talents to make this record what it is.

2) Music has often been a coping mechanism for you, helping to navigate the troubled waters that addiction and recovery created in your household. Could you speak on that subject and share some examples of how those struggles inspired you to write songs?

I think when we are kids, it’s hard to see the cracks in the pavement, and when we “grow up” it gets harder to see anything but the cracks. That’s the beauty in recovery: When someone gets sober, it’s like a rebirth of sorts for them and everyone who loves them. Everything seems new and you might know the flaws still exist but you choose to see the beauty in the broken.

Growing up around active addiction from a young age left me searching for something honest. I find inspiration in the sometimes ugly truths of life.

3) What did your mother’s halfway house service teach you about human nature?

When my mom got sober she did indeed run a halfway house in our two-bedroom apartment. A lot of wonderful souls came through there, laying their shame and guilt to rest on our 1970s-pattern, corduroy textile couch. Human nature is to SURVIVE at any cost. Growing up in that small second-floor walkup taught me that surviving is easier when you have a hand to hold.

Bonus: Who are some of your songwriting heroes, and why?

I grew up listening to Pink Floyd, Genesis, Springsteen, really whatever my Dad was into. When I was about 13 my friend Darrin Bradbury burned me a CD filled with Bob Dylan, Ani Difranco, Cohen, Lou Reed…that kind of changed my life.

My favorite songwriters are people who write about what they know and who aren’t afraid to tell the truth, no matter how muddy it may be.

4) DittyTV has the honor today of premiering your new music video, the album’s title track. What does this song mean to you, and what was the context in which you wrote it?

I’m honored to have DittyTV premiere my video. You guys are the real deal.

I was in quarantine for the first time before vaccinations were available. I did nothing but watch the news and sleep. I had this recurring dream of the entire world burning. “Tiny Fires” is about the longing for human connection and the stark reality we find ourselves in.

5) You worked with Duende Vision to produce the video, a Nashville-based photo/video production company whose clients have included David Olney, Anana Kaye, Jimmie Vaughan, The Danberrys, and many more. Could you share some about the video’s concept and what the overall production experience was like for you?

The concept for the video was simple: make mundane tasks seem like a mountain to climb. I wanted to encapsulate a moment in time, show the world on fire while in spite of ourselves we continue to go on.

Duende Vision is the powerhouse team of Anana Kaye and Irakli Gabriel. They are great friends, songwriters, and two people I would trust with my art time and time again. Irakli and I frequent my front porch and sling ideas back and forth, but it takes Anana to reel them in. They have such a unique style all their own to their videos, which is why in my humble opinion they are one of the best video production companies in town.