You are here: Home / News / Jane Kramer Gets Personal in New Album

Jane Kramer’s new album, Valley of the Bones (released March 1), is a deeply intimate effort that deals with a grief that is palpable throughout many of its songs. As the exquisite mini-documentary about Valley of the Bones explains (catch its DittyTV debut on Campfire March 13 at 5 p.m. CDT) the title track sees Kramer wrestle with the aftermath of a miscarriage with lyrics both brutally honest and imminently freeing for its author.

I lost a child in February

It took me to my knees

I feel her tiny weight upon my chest

In all my greedy dreams

And the losing side of a mother’s love

Left me howling with the mourning doves

“I came to realize that the only way to survive was to talk about it,” Kramer says. As something remarkably common yet almost taboo to discuss in Western culture, Kramer says that not only was it important for her to work through her own emotions, she felt the need to speak to other people’s anguish as well. “With a background in social work I guess I find it a bit easier to talk about some of the gritty parts of life,” she explains.

A strong vocalist since her days as part of Asheville, N.C., trio The Barrel House Mamas, Kramer’s songwriting soars with her third solo effort. Whether delivered like a left hook to the jaw as in the above example or something a bit more fun such as “I need a smothered, scattered, covered, all the way love” in “Waffle House Song,” Kramer takes the listener on an emotional journey through each of the 10 original songs. Adding to the feeling of immediacy, many of the songs were recorded live at Asheville’s Sound Temple Studios by Kramer and her collaborators.

“Those guys played on my last album but they were really just studio musicians to me at that time,” Kramer says. “But after four years we’ve really developed a relationship and trust. We’re now more of a band. We’ve played together a lot.”

Those guys include the trio from Free Planet Radio: River Gueguerian on drums and percussion, Chris Rosser on guitar and piano, Eliot Wadopian on upright bass, with the addition of Billy Cardine on dobro. Guest appearances include Nicky Sanders of The Steep Canyon Rangers on violin and Franklin Keel of the Asheville Symphony Orchestra on cello. Adam Johnson engineered and co-produced the album with Kramer and Rosser.

The album is deeply rooted in Western North Carolina, where Kramer and her contributors live. “I moved to Asheville when I was 18,” Kramer says, “and even though I moved away for a few years, this place just spiritually seems like home. The music of these mountains is sort of my language.”

The song “Child,” though, was inspired by a trip to the beach. “The ocean is comforting but also powerful and makes you feel really small,” Kramer says. “And when you’re faced with such despair that you literally feel like the world is ending, it’s also a weird experience to see life going on and people living and having fun. All of that came together in this song. I shared it with Chris (Rosser) and thought it would be best on the piano. The version on the album is a demo of our second time to play the song.”

I shuffle through the chores the living do

Inside I’m gutted, I am grieving

But the album also offers glimmers of hope and a look at everyday challenges. The listener takes a ride with Kramer over years of soul-searching. “Writing songs is the thing I love to do most but what also makes me most miserable,” Kramer says with a chuckle and explains that the title track “Valley of Bones” was four years in the making. The song stemmed from a dream she had about a conversation with a friend who had died a few years earlier and said, “I ain’t hurtin’ here in the valley of the bones.”

The album is full of ups and downs much like Kramer’s emotions over the past few years. “I find myself struggling with existence and depression and spirituality and self love but it’s important for me to tell the truth about my experience even if it’s unglamorous or awkward,” she says.

And that’s ultimately what makes Valley of the Bones such a wonderful record and a powerful experience for the listener. 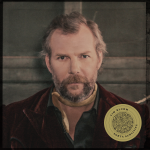 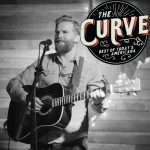 WATCH: An All New Episode Of The Curve Airs Wednesday @ 10pm Central… 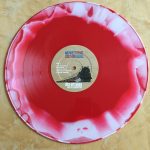