You are here: Home / News / Interview and World Premiere Video: “Lifeboat” by Szlachetka

Young Heart, Old Soul, the yet-released third album from roots-rock singer/songwriter Szlachetka, unfolds like the soundtrack to a cross-country road trip. Filled with heartland hooks, folk melodies, and searing electric guitar, these songs draw a line between Los Angeles—where Szlachetka lived for years, soaking up the warm harmonies and jangling riffs of the city’s folk-rock icons—and his new home in Nashville, the epicenter of modern-day Americana.

Szlachetka has just released “Lifeboat” from that album as the second single, and DittyTV is happy to offer the world premiere for the video. First, join DittyTV Senior Editor Tim W. Jackson and Szlachetka (pronounced Sla-HET-ka) as they discuss the album, the video, and the insanity of 2020.

And now take a look at the world premiere video of “Lifeboat” from Szlachetka. 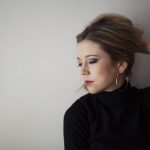 World Premiere Video: “All Mine” by Sarah Morris… 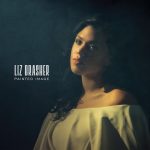