Haroula Rose has partnered with DittyTV this week to premiere her latest music video single, “You Should Probably Leave.” The video features Rose’s intimate cover of a tune by Chris Stapleton, which she calls “a perfect song — specific and universal.”

We caught up with the L.A. songstress and award-winning filmmaker to discuss the new video, her upcoming studio album Catch the Light, her 2020 film Once Upon a River, and more.

1) Could you share the story of your creative upbringing in Chicago and detail a few key things that have changed in your perception of yourself as an artist since moving to Los Angeles? 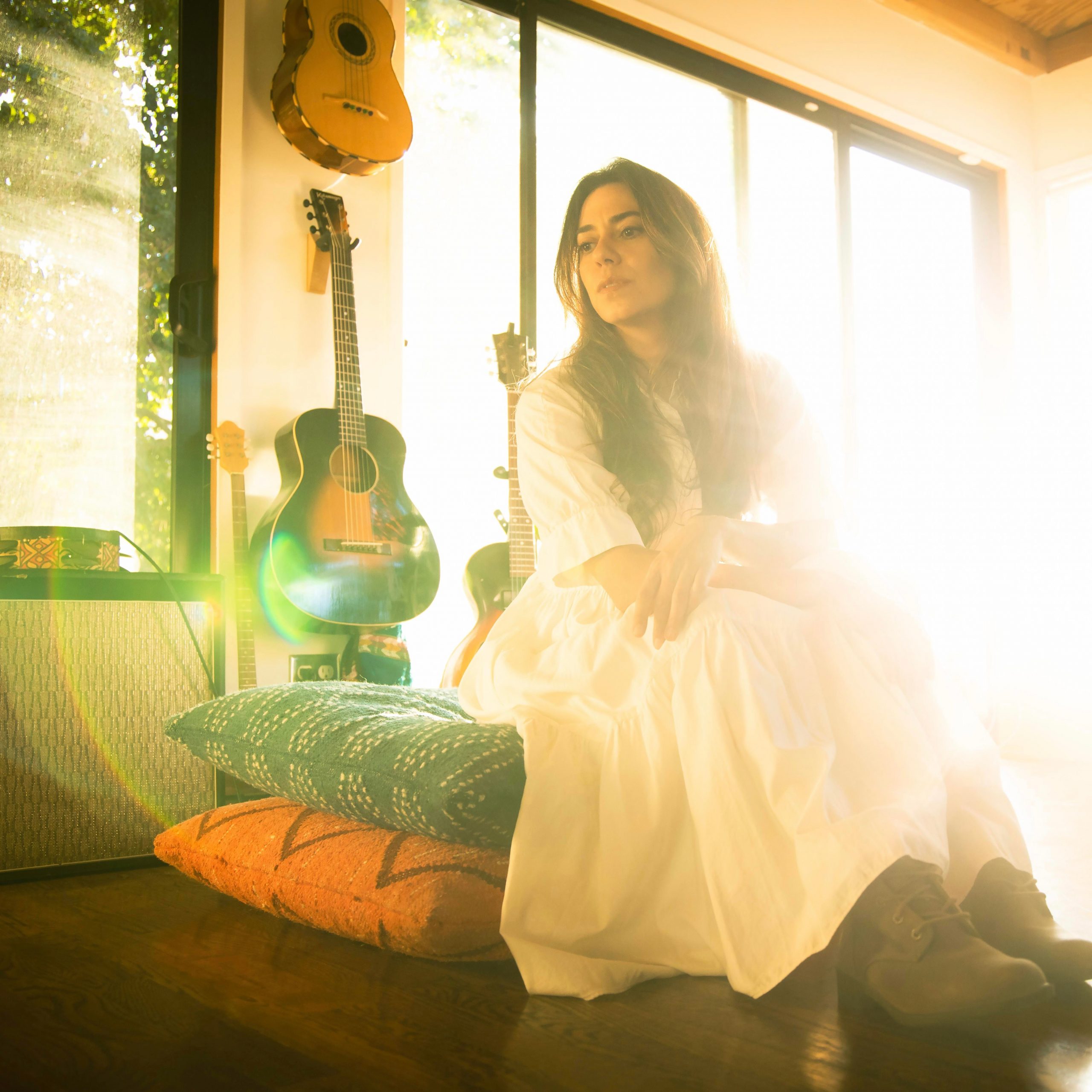 I was always interested in theater, films and plays since childhood. I worked at Steppenwolf, at a recording studio, a casting office, was in school plays and musicals, and worked on friends’ short films before moving to LA. I felt, since I went to college in Chicago as well, that I really wanted to experience another city and go more in-depth on a creative career out west. I got a job out here and started working, eventually one of the people I worked for began to represent me for music!

It all built in a natural way, but I would say nothing has changed in my perception of myself because of location… more because it helped me just take myself more seriously. Now the scene in Chicago feels so incredibly alive, and I consider myself bi-coastal, if you will 🙂 I am making a film and playing a bunch of shows in my hometown this summer. I can’t wait.

2) Your third studio album, Catch the Light, will release on June 17th. Reflecting on the collective lyrics of the songs, what themes or issues were you addressing?

Addressing themes of memory, identity, love, loss, heartbreak; how within each of us is contained a multitude of things… Really, it was an exercise in introspection and sparseness. A moment can hold everything within it; each moment being a universe in and of itself.

3) Who were some folks you collaborated with on this record and were there any happy surprises in the songwriting or recording process?

I loved collaborating with Benjamin Lazar Davis and Will Graefe on two songs lyrically, and they also played on them, as well. Sheldon Gomberg and Zac Rae are longtime collaborators in the creative process and I love working with them and trust them. It was quite an honor to have Greg Leisz, Omar Velasco and Joachim Cooder play on this record.

Molly Parden has one of the loveliest voices in the land! And singing with her on harmonies is a dream, too. The surprise was that it was a really nice flow, I felt I wasn’t getting in my head as much as I tend to do… going easier on myself allowed it to be more free and fun.

4) The title Catch the Light is also an indicator of another creative pursuit of yours, filmmaking. What do music and songwriting allow you to do or say that filmmaking and screenwriting might not?

Well, they all tell stories but in different ways. I love how you can be so personally engaged with someone if they are listening to a song I might have written, in their ears, in the dark, maybe expressing something they haven’t. I feel music is such a healing thing and it has literally saved my life, time and again.

Film is a very powerful tool for empathy and telling stories in a visual medium, stepping into someone else’s shoes is a great way to connect people with one another. I love playing live, and music allows for that engagement with an audience. Movies are very planned and finished once they are finished. In a way, music is an ongoing process and film is one that has an “end” to it in a certain sense. So, I appreciate both of them very much as mediums of creativity, because they are complementary in the best ways.

Bonus: Your 2020 film Once Upon a River was met with critical acclaim and featured a soundtrack of songs by Rodney Crowell, Will Oldham, JD Souther, and others. Did you work with a music supervisor, or did you assemble the soundtrack yourself, and what was that overall experience like, finding the right music for your film? Also, where can people watch?

It’s on Amazon, Vudu, Apple, anywhere you can stream! Or virtual cinema, with distributors Film Movement in North America and Bulldog in the UK. Assembling the songs and score was a very personal process — so that the originals felt of the same ilk, or fabric, or tangled in the same bed as the period-appropriate pieces. I worked with partners like Zac Rae, who produced the new songs with me in Nashville, as well as his own place in North Hollywood.

The older songs were found by Michael Turner, a music supervisor who I met because he used one of my songs in a film! So it’s all a big circle and I love that. Thirty Tigers put out my last record, and they also put out this soundtrack and have been a big support in introducing me to Rodney and JD, for instance. And I’m just glad they dug the script enough to make songs for it!

5) DittyTV has the honor of hosting the World Premiere of your new music video, “You Should Probably Leave,” a cover of a tune by Chris Stapleton. Tell us what significance this song holds for you and what went into the making of the music video. Who directed it?

I directed it and Luke Dyra shot it. It’s just me and Zac performing along to the track, and I wanted it to be simple so people focus on the lyrics and performance more than anything. It is such a perfect song — specific and universal — totally relatable in its story; and I think Chris Stapleton is an incredible songwriter so I wanted very much to make one of his songs my own.