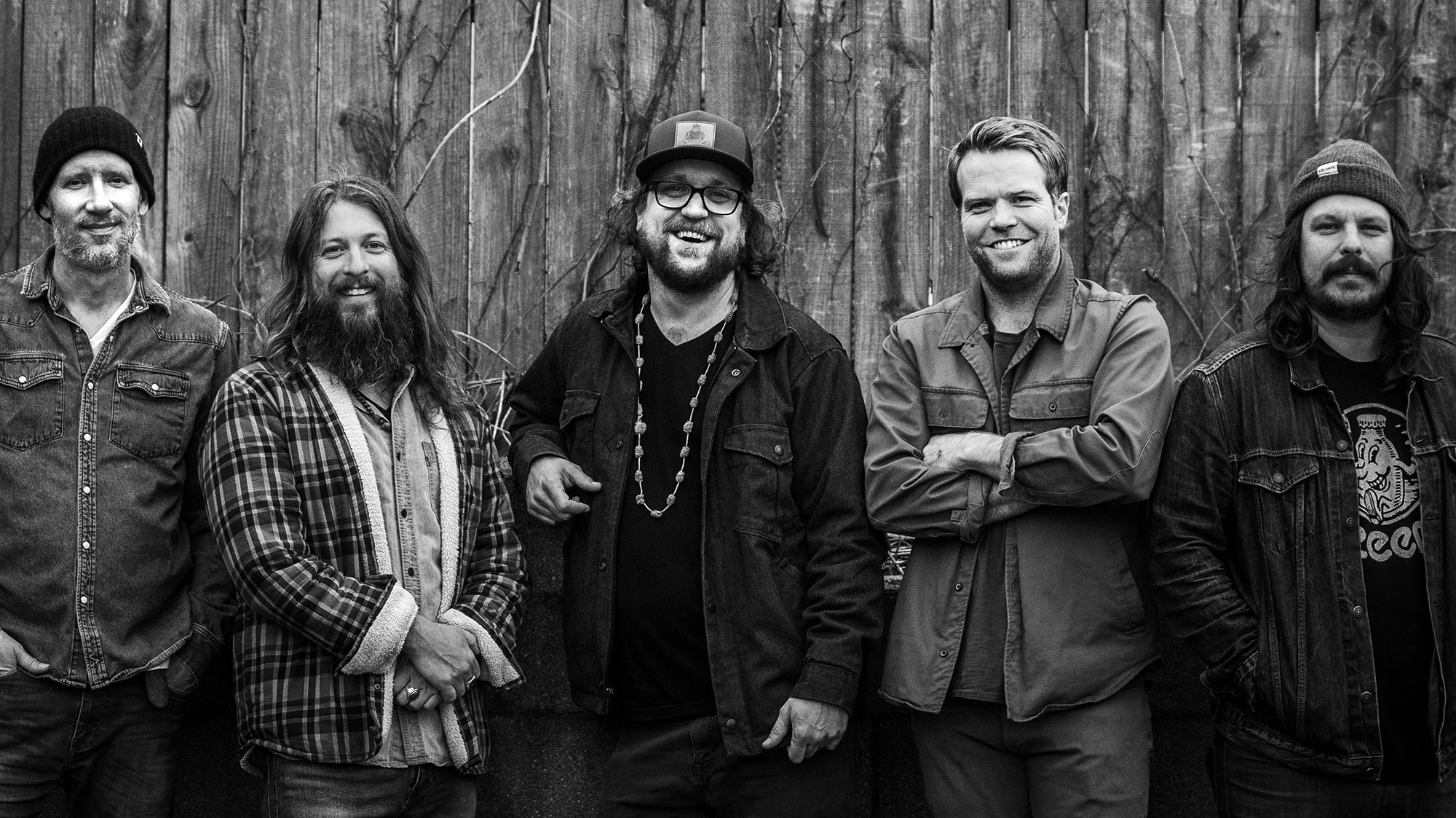 Greensky Bluegrass just got back out on the road. We wanted to hear how their perception of in-person live performance has changed and discuss their three volumes of The Leap Year Sessions, which feature audio taken directly from live-streamed concerts in 2020. On top of that, we’re offering the video World Premiere of “In Control,” which comes from The Leap Year Sessions: Volume 1, a song with a message of “moving ahead on your journey despite the unknowns.” Greensky Bluegrass is a band with a high standard of excellence in live performance, and this new video does not disappoint.

5 Questions with Paul Hoffman of Greensky Bluegrass by Sam Shansky

1) You just got back out on the road as of May 14th — you’ve played multi-night runs at Woodlands Nature Reserve in Charleston, SC, Westville Music Bowl in New Haven, CT, and Showtime at the Drive-In in Frederick, MD. How’s it going so far, and how has your perception of live performance (in front of in-person audiences) changed?

Just coming off Connecticut and totally spinning with euphoria. As expected, it was overwhelming powerful but also a lot of work and anxiety. We have a big catalog and rehearsing it all is time consuming. We were just ‘in it’ so long that we didn’t need to brush up on a song we had played multiple times/month for 10 years. But a couple shows in and it’s feeling really musical and inspiring.

2) You’ve released three volumes of The Leap Year Sessions, which feature audio taken directly from live-streamed concerts in 2020. Today, we’re offering the video World Premiere of “In Control,” which comes from The Leap Year Sessions: Volume 1. Has this song’s message of “moving ahead on your journey despite the unknowns” come even more into focus for you in the last year?

There have been so many new meanings from the lyrics. I’ve experienced this growth in my songs just around my own life evolving since and while writing songs. Now tho, to be recovering from something we went thru as a community. the music is powerful out there. Singing atlantic city the other night… ‘maybe everything that dies someday comes back’

3) As a band with a high standard of excellence when it comes to live performance, what are some lesser-known rules that the five of you have implemented and continue to uphold?

Thanks for the compliments. Mostly the rules are all a joke. Like rule 1-2 are ‘try’ and ‘listen’. We’re teasing each other but it’s serious. For me, the goal is to find a place to play with no fear. Complete freedom. Finding the line means being willing to cross it. It’s not all going to work and only by accepting that can you get out of your own expectations.

4) Your most recent release, The Leap Year Sessions: Volume 3, features a handful of epic covers. Tell us the stories behind those unique selections and what you did to make them your own?

We have played a ton of covers over the years. All for different reasons. We love them or the message fits. Some really grab hold and become part of catalog, others drift in and out. Our intentions sorta vary when it comes to playing them ‘right’ or just making them our own. We’re often covering rock songs with keyboards and drums so we sorta discuss which parts suit our instrumentation. It’s a fun process because sometimes it’s a little more ‘mood/purpose’ based rather than just a tonal choice. 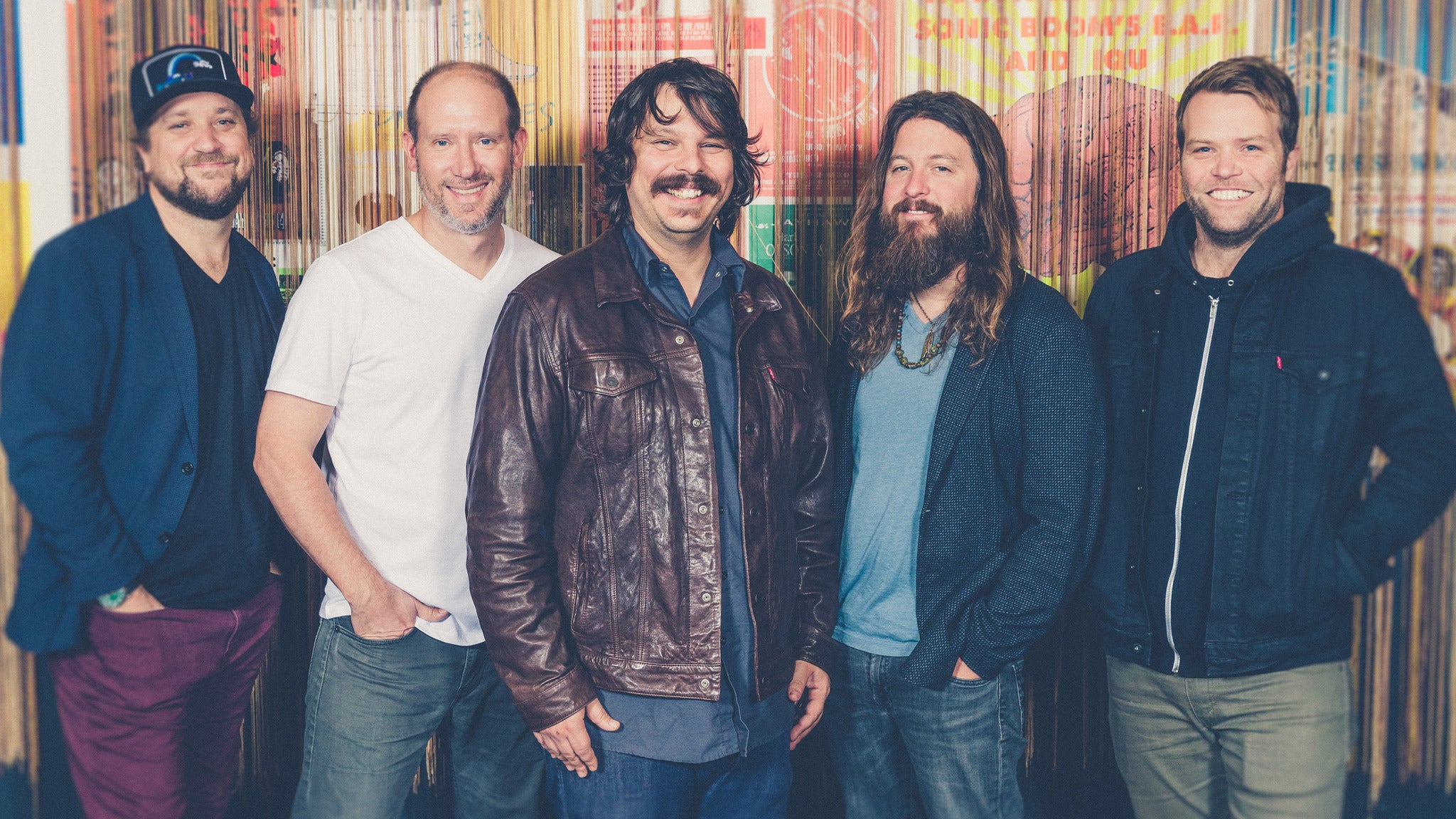 5) After two decades together, you guys are family, but you’re all different. Tell me one thing about each member that most people don’t know.

Anders has no middle name. Dave looks at pictures of bunnies to brighten his day. Bont can recite any lyric from the 90s and Devol is also in a band called “sweatpant weekend.”

Bonus: Name a few up-and-coming artists in the bluegrass realm you think the world should know.

One of my all time favorite bands is the Lil Smokies. If people haven’t listened to them, they are missing out.

Please enjoy the World Premiere of “In Control,” a live-recorded performance video from Greensky Bluegrass.