You are here: Home / News / Get to Know: Senior Editor Tim W. Jackson

If you’ve wondered who the guy is asking all the questions for the DittyTV newsletter, it’s Senior Editor Tim W. Jackson, who interviews the artists, labels, and venue owners and turns that into newsletter content every week.

Since he’s been shining the spotlight on the rest of the Ditty staff over the past year, DittyTV co-founder and VJ Amy Wright decided to turn the questions on Jackson in this Get to Know segment.

Though I know the story, what can you tell our readers about how you first got connected with DittyTV?
It was really random and by chance. I had been living in Asheville, N.C., and had just moved back to the region of Northwest Alabama where my immediate family still lives. My wife and I had just moved to Tuscumbia, which is part of the Shoals area—consisting of Muscle Shoals, Sheffield, Florence, and Tuscumbia. I just happened to read in the local paper that an organization called DittyTV was going to have a presence at a Sheffield development called Inspiration Landing, which would be less than 10 minutes from my house. I had not heard of DittyTV before but quickly became obsessed, and then contacted you to say, “I wanna be part of this!”

We launched the DittyTV weekly newsletter just over a year ago: Feb. 18, 2019. So what stands out to you as favorite moments?
First, it’s been a pleasure to get to know the DittyTV crew. With everyone else based in Memphis, I’m the odd guy out in the Shoals, but it’s been fun to go to Memphis and meet everyone. When I was up there for a visit, I got to see a Concert Taping and then interview Will Kimbrough, which was great because I’ve followed his career since I was in college at the University of Alabama and his band Will & the Bushmen would roll through Tuscaloosa.

One advantage of this gig is just getting exposed to so many artists that I may not have known about otherwise. That’s a weekly occurrence. But a final highlight has to be interviewing Raul Malo of The Mavericks. He’s one of my favorite singers of all time, and we actually talked politics for about half the interview, which was great—though that didn’t make it into the article. 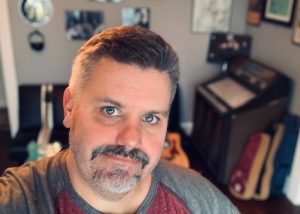 You’re obviously very interested in music. What are some of your first real musical memories and influences?
My dad played guitar and my sister played piano, so there were people in the house playing music from the time I can remember. My dad played a lot of old country and gospel stuff, which I hated growing up. But now Johnny Cash is one of my all-time favorite artists, so I guess that music rubbed off on me. My sister is about seven years older than me, so my early radio influences were whatever she was listening to, which was kind of ‘70s soft rock—now known as “yacht rock.” But then as a boy of a certain age, of course I fell in love with KISS and then really became obsessed with music in the ‘80s, coming of age with the creation of MTV. I would watch music videos for hours at a time, which I guess is why I fell in love with DittyTV so quickly. 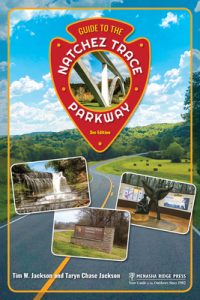 In addition to your work with DittyTV, you do a lot of other stuff professionally as well. What can you tell us about your other ventures?
I’ve had a career in magazines, newspapers, websites, and even book publishing and have been a freelance writer, editor, and communications consultant off and on for a while. My wife, Taryn, is a grantwriter, and we’re actually pivoting our company, Crimson Clover Creative, to focus on nonprofit organizations. We’re happy to work with any size nonprofit but the concept is that many are too small to have full-time communications or development people, so we’re looking to help out. Taryn and I also co-authored Guide to the Natchez Trace Parkway, 3rd ed., which is a travel guidebook to the wonderful and historic 444-mile Natchez Trace Parkway, which just so happens to run right through the heart of what’s often called the Americana Music Triangle. That book was just published a month ago.

What about when you’re not working? What do you do for fun?
Music is pretty high on the list. We have a “music room” that houses three turntables, a PA system, a jukebox, and some instruments, plus the art on the walls is all music related. We love going to see live music, too, and even hosted a couple house concerts. We have two dogs, so we walk them quite a bit, and hike at Cane Creek Canyon Nature Preserve, which is a few miles south. I enjoy college football in the fall. Roll Tide! And I like to ride my motorcycle on a nice blue-sky day—including on the Natchez Trace.

You’ve been part of the Ditty team for more than a year, so what excites you going forward?
Being in the Shoals, I’m a little separated from the day-to-day activities at the Memphis headquarters, but I’m extremely excited about DittyTV having a brick-and-mortar presence in the Shoals. In fact, I’m excited about the whole Inspiration Landing project, as it will bring restaurants, a microbrewery, a movie theater, and live music venues within a few miles of my house. I can’t wait to see how DittyTV will be welcomed and grow in this musically rich area.

Speaking of the Shoals, we would be remiss without asking you a bit more about the Shoals music history and what’s going on there now. What do you remember about the scene growing up, and what’s happening there now?
When I first moved to Alabama, FAME and Muscle Shoals Sound were going strong but I was a kid and had no clue that famous artists were commonly just a few miles away from me. Of course, that was the days before social media and phone cameras, so none of the locals really knew what was going on at the studios. But now, I feel like the area is really going through a tremendous musical resurgence.

In addition to FAME and Muscle Shoals Sound, you have a lot of work going on at Cypress Moon Studios. A friend of mine, Grant Walden, has a little studio called HearTell Studios in that complex by the Tennessee River, and that’s where another friend of mine, Eddie Martin, did a lot of the recording for his album that’s about to be released. I had the pleasure of sitting in on tons of sessions for that album with an array of great local artists that include Bob Wray, Will McFarlane, Barry Billings, the Shoals Sisters, Malcolm Singleton, Kelvin Holly, and so many others that Eddie brought in as collaborators.

In addition, you have The NuttHouse, Wishbone (which also just launched a record label called Muscle Shoals Recording), East Avalon, and other studios. Then across the river in Florence you have Single Lock Records and their studio called Sun Drop Sound. They’ve put out records by artists from all over but have released music by great local talent such as John Paul White, Dylan LeBlanc, Caleb Elliott, Belle Adair, The Pollies, and the late Donnie Fritts, among others. Speaking of Donnie, it was sad to lose a local legend like him last year, as well as legendary Swamper guitarist Jimmy Johnson just about a week later. But one great thing about the Shoals is that we have our share of legends plus a ton of new music coming out of the area. And I should mention that Jason Isbell & the 400 Unit, The Secret Sisters, and Drive-By Truckers all have Shoals roots! 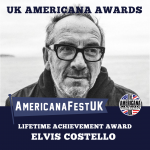 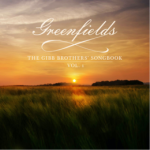 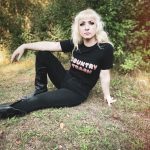