You are here: Home / News / Get to Know: Robin Bender

As we continue to draw back the curtain a bit to let you see behind the scenes at DittyTV we wanted to introduce you to Robin Bender, who wears a lot of hats around DittyTV headquarters.

Many musicians who have come through the DittyTV studio know you as “the Concert Series person.” But your title is VP of Partnerships & Development. What can you tell us about your many roles with DittyTV?
We all wear so many hats at different times that my job can be anything on any given day. I guess my most obvious role is as “the Concert Series person,” sourcing and working with our artists and their teams from the booking to advancing and coordination of day-of-show details. I work as a liaison between the network and the industry people, including labels, agents, publicists, managers, tour managers, and the artists themselves. We work with some fantastic organizations, media partners, and festivals, so I help coordinate anything from interviews, promotion, logistics, etc.

One minute I could be working in our Ditty store, Vibe & Dime, the next I could be sourcing video content for programming, five minutes later I might be sending out a Ditty Debut notice. Regardless of the task or project, we are all here for the right reason: our love for Americana and Roots music. And apparently my most “popular” role is that I get to give all of our visiting artists  DittyTV T-shirts. Who knew that giving out clean shirts to traveling artists would have such an awesome impact! It’s important to me that we do all that we can to make artists and their teams feel comfortable and at home and that they leave Ditty feeling like a member of the family.

You’re now a veteran with Ditty. How did you get involved with the network?
It is so random that it almost doesn’t sound like a real story. Around 4 years ago Amy found my résumé on Monster. I don’t think I even knew that I still had a résumé posted. We had a nice phone call but things were definitely in the early phases at that point. Fast forward to literally a year later. I was going through my phone to email another client named Amy and when I saw her name I figured why not reach out and say “Hi,” since she was so sweet on our initial call and I was curious as to what was happening with Ditty.

I was really unhappy in my job, was still attempting to navigate life after losing my mom, who was my biggest cheerleader, so I was just kind of lost. Next thing you know, I’m sitting in the Green Room attempting to make a good impression and a Ben Harper video started playing. I am a huge Ben Harper fan and Amy said that I totally zoned out and would not take my eyes off the TV. I was hooked. And let’s face it … music videos? On television? I knew instinctively that whatever these guys were doing, I had to be a part of it. A couple of days later, a Ben Harper song came on the radio literally and my phone rang and it was Amy calling to offer me my job. I feel like Ben Harper had a hand in me landing the opportunity of a lifetime. I hope I can thank him in person one day!

Since you’ve been there, what are a couple amazing experiences that really stand out?
There are so many, but one in particular that really stands out was our coverage of the Red Carpet at last year’s AmericanaFest. We had some of the biggest names in our industry not only recognize us, but acknowledge and thank us for supporting and promoting their music as well as independent artists in general. It was that big moment that I realized how far we had come. It was pretty humbling and gratifying.

Some other really incredible experiences would have to be working with and spending time with some pretty phenomenal legacy artists: Lucero, Elizabeth Cook, Blackberry Smoke, Drivin N Cryin, Ray Wylie Hubbard, Robert Randolph & The Family Band, Will Hoge, and Chris Robinson to name a few. There have been wild days in the studio taping sessions with some of the most fun and energetic bands out there: Larkin Poe, Greensky Bluegrass, Vandoliers, ONA, The Marcus King Band, Trout Steak Revival, Mipso, American Aquarium, The Rad Trads, and a band that holds a special place in my heart, Mike and the Moonpies.

Perhaps the most emotional moment for me was the night that Amy interviewed the legendary Wanda Jackson. Amy is a huge Wanda fan, we all are, so I “surprised” her and set up an interview with Wanda in our studio, which we thought was going to be around 15 minutes. Not only did Wanda give us an entire hour of the most magical content we could ever hope for, we had dinner with her and her wonderful family. I literally sat at her feet for hours as she told her stories and shared her wisdom. I still get emotional thinking about that night. Through Ditty, I have made so many great friends and we have added some remarkable people to our DittyTV  family. I have experienced some of the best live music I have ever seen (Brandi Carlile at the Ryman!) and we have had the opportunity to see so many careers take off for deserving and talented artists. I am a very lucky girl.

Oh, and how many people can say that John Oates left Memphis with the key to their back gate!

And how have you seen the network evolve over the years?
There are days when  I look around and cannot believe these last 3 years.

From the technology upgrades, addition of platforms to access the network, and of course the crazy jump to almost 6 million viewers around the world, it has been quite a ride. When we first started our Concert Series, it wasn’t easy to get people on the phone, let alone into our studio.

Then Oates and Blackberry Smoke and their incredible teams took huge leaps of faith to tape sessions with us and that was it. Now we are a destination for touring artists, many who will hop in their van or re-route their tour to come tape a session with us.

We have the most talented and dedicated programming and production team which is reflected in our content. I think that sets us apart and has been a huge factor in our growth and why people want to work with us.  One thing about this team, we are all passionate and care about our artists and the product we present to our audience. This is truly a labor of love and we are so grateful for all of the love that we are receiving back.

Perhaps the most exciting thing is that we just launched The Ditty Foundation. One of the quotes on our website reads “we believe that the world is a better place with music.” To be a part of an organization that not only promotes music but celebrates creativity, diversity, and inclusion is a dream.

You’ve been working with music at least since you were in college and managing the campus radio station at the University of Alabama (Roll Tide!). How did you decide that you wanted to be involved with music professionally even though you had a communications degree?
Roll Tide! My twists and turns in the music business always take me back to the Discovery side of the industry, which to me is the most compelling and rewarding aspect of why we do what we do. From programming WVUA at Bama, serving as Marketing Manager of Pop Tunes Record shops, which at the time was one of the oldest record store chains in the country, to working in sales at 96X, one of the very first “alternative” radio stations in the 1990s, all of my music positions have involved working with new artists to create awareness and drive record sales. I have loved music since I was a kid, with a huge, eclectic collection of 45s. I am a true MTV girl and I clearly remember the night they blasted off with their very first video. For a long time there weren’t a lot of opportunities in this industry. I had accepted and had come to terms with the reality that I would probably never work in this business again.

And then Ditty happened.

OK, you’re our Memphis tour guide for a weekend trip.

Awesome! I am the best tour guide!

Best barbecue? This one is gonna get me in trouble! Central BBQ, Payne’s, Cozy Corner, and The Bar-B-Q Shop. Each one has its own unique menu and atmosphere. And they all have BBQ Bologna on the menu, which is my #1 criteria for what makes a good BBQ restaurant.

Best place for brunch? Bardog, and Sunrise Memphis (bologna biscuit, check!) And I will totally leave Downtown and go one zip code over for brunch at Sweet Grass.

Best arts or cultural destination? Stax Museum of American Soul Music and the Levitt Shell. And there is no more beautiful sight than the sun setting over the Mississippi River at Tom Lee Park.

Most under-rated tourist attraction? I’m going to change the format of this question and use the word undiscovered because we literally just opened our front doors, but I  have to say Vibe & Dime, our brand-new DittyTV Store on South Main Street in beautiful, soulful Downtown Memphis.

Yes, I am using this Q&A as a shameless plug for you to come see us! You can check out our super cool merchandise, watch DittyTV, listen to records, and you never know who may be next door in our studio!

Thanks for those answers. Now we’re excited about a weekend trip! Let’s end on a wacky note: If you could be any animal, what would you be and why?
Definitely a sea otter! They are lazy, lay out in the sun all day, and do nothing but eat, sleep, and play—and they have pockets! What a life!

And if I could be a “fake” animal, (you gave me permission to do this, by the way!) I would definitely be Big Al, the University of Alabama mascot. I would have the best seat in the house for football games, travel with the team, and get to have Nick Saban as my best friend. Plus, I would have the coolest fans like Gucci Mane and Robert Randolph—and of course my favorite Crimson Tide fan, Jason Isbell! 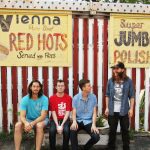 World Premiere Video: “All Your Favorite Songs” by Will Bennett and The Tells… 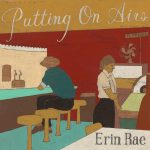 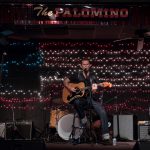