You are here: Home / News / Get to Know: Jonathan Thomason 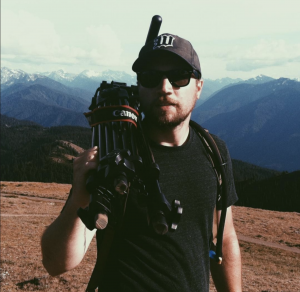 In our continuing effort to give you a sneak peek behind the scenes at DittyTV, we want you to get to know Creative Director Jonathan Thomason. He’s super talented and has a hand in many aspects of the network.

You have the title of Creative Director but a lot of folks probably don’t know what that entails, plus your role with DittyTV goes beyond that of a standard creative director. Can you give us an idea of what you do with DittyTV?
The role of Creative Director is almost a misleading title at DittyTV because everyone has to wear so many hats. Nobody at DittyTV has the luxury of staying contained to one role, which is one of the reasons the job stays so interesting, exciting, and fresh. As Creative Director, I’m constantly trying to come up with new ways to improve not only the quality of the network, but also help build and maintain a strong brand identity. I shoot and edit all sorts of concerts, promos, IDs for the network, special event coverage, VJ segments … the list goes on and on. I also do most of the still photography, whether that is portraits of the artists, social media posts, or festival coverage. There are few things that give me as much joy as taking a photo of an artist and them really digging it and resharing it. (Editor’s note: Follow Jonathan on Instagram!)

When and how did you get involved with the network?
I was working as a Creative Director for a video production company when one day Sam Shansky reached out to me saying DittyTV was trying to grow and needed some help. As much as I loved working on corporate campaigns that had to go through 20 people before approval, I jumped at the opportunity to work on music-based projects. That was nearly two years ago, and I haven’t looked back!

Since you’ve been there, what are a couple of experiences that stand out as truly amazing?
One of my favorite aspects of the job is meeting and interviewing the people that shaped the way we listen to music. Many of them are unsung heroes, and Memphis is full of them! It’s been great giving a voice to the session men, producers, and writers that otherwise might be lost to the sands of time but were so instrumental (pardon the pun) to so many classic songs and albums. Our trip to Florence, Alabama, to interview Norbert Putnam, session bassist and studio owner, comes to mind. Another moment that really sticks out to me was getting a private tour of historic RCA Studio B and getting to film in places that the general public doesn’t even get to see on the tour. But we aren’t just focused on the past, and I feel like DittyTV is currently capturing a movement. In another 30 years, I hope music lovers look to all of the things we’ve created for inspiration the same way I watch old music documentaries like The Last Waltz or Don’t Look Back.

And how have you seen the network evolve over the past couple of years?
The network is constantly changing, to the point where sometimes I have to just stop, take a breath, and look back on how far we’ve come. Everything has grown: our viewership, staff, and the amount of content we are able to create.

With the opening of the new retail and performance space, Vibe & Dime, how do you see that plus DittyTV in general having an impact on Memphis in the future?
I am so happy DittyTV now has a space for the local Memphis music fan to come and learn what DittyTV is all about. With the opening of the Vibe & Dime, S. Main gains another cool storefront to help keep the neighborhood growing, and hopefully Memphis will support the store and become fans of new music they normally wouldn’t hear.

OK, you’re our Memphis tour guide for a weekend trip. Best overall restaurant?
This is a tough one for me because I cook a lot at home, but my favorite restaurant is probably Kwik Chek, a little Korean sandwich shop/convenience store. I get the kimchi burrito quite a bit.

Best barbecue?
My favorite is Cozy Corner. I like that you can buy a few ribs instead of having to get a half or whole slab.

Best place for brunch?
I don’t do brunch a whole lot, but Bryant’s is definitely my breakfast spot in town.

Best arts or cultural destination?
Sun Studio. You have to go to “get” Memphis.

Best bar?
Earnestine and Hazel’s or The Cove. The Cove is a pirate-themed bar, so it is hard not to have a great time there.

Most under-rated tourist attraction?
Stax Museum. It gets overshadowed by Sun a lot, but if you don’t get excited seeing Isaac Hayes’ gold-plated car spinning around, I don’t know what to tell you.

Thanks for those answers. Memphis is a great town so there are plenty of choices for every category. Let’s end with this: What is the first album you ever bought with your own money and what about that album made it worth the purchase?
My dad had a big vinyl/CD collection when I was a kid. He mostly listened to classic rock and classic country, and he always had music playing while he was cooking dinner. So the first album I bought with my own money was Nirvana’s Nevermind. I had to wait outside of the PX (Army Walmart essentially) and get a GI to go in and buy it for me because they had put a Parental Advisory sticker on it and I was too young. I think the GI thought he was cool for doing that for me. I was just into that album from seeing the “Smells Like Teen Spirit” music video on MTV late at night. My musical tastes have changed quite a bit over the years, especially working here at Ditty, but when “Smells Like Teen Spirit” comes on, I’m instantly transported to biking around Ft. Campbell, Kentucky. 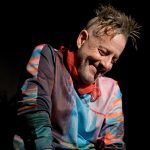 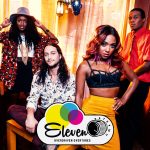 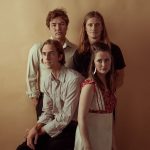