You are here: Home / News / Get to Know: Doug Easley 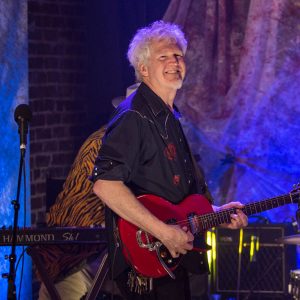 We love letting you get a peek behind the scenes at some of the special people who work at DittyTV. One such person is legendary in the Memphis music scene. Doug Easley is a musician—and a good one!—but he’s most known as the guy sitting at the soundboard. He has tons of music credits to his name, and now is your chance to get to know Doug Easley.

You are the guy responsible for the great sound we hear in the Concert Series and often for the Insights segments as well. But can you tell us what it really means to “run sound” for those performances?
Keeping things super efficient is something I strive for. If you have ever been in some video shoots you know they can take a long, long time. The cool thing for me is I feel like I’m jamming with the band. Never heard the songs before, it’s all live and adrenaline is rockin’. Very different than in the studio, which also can be a slow process.

Were you really managing a band in junior high? You were getting a hands-on degree in commercial music way back then! What can you tell us about your early involvement with music?
Well, basically I was hangin’ with the band down the street. Guess I was more like a wrasslin’ manager. Really manage? Nah! However, that hang time turned into a lot more hangin’ in the decades that came up and still today.

It wasn’t just recording or managing. You became a musician, too, and have a ton of album credits: guitar, bass, keyboards, pedal steel, Mellotron, melodica. Did you ever want to be out front in a band or did you always prefer to be behind the scenes?
I grew up in the 1960s around my big brother and his friends. There were gold records on walls around their houses in the neighborhood, so just seemed normal. So picking up playing was something that just happened. Then that led to the recording studios. I like behind the scenes a lot but occasionally I get some fun opportunities to play. I’ve played Bonnaroo, Coachella, Austin City Limits, Later … with Jools Holland in London, tours in Europe and the Middle East, so I’ve had a blast doing some of that, too. 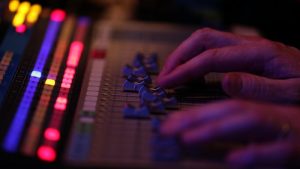 And while you had a few early iterations of recording studios, Easley-McCain was really busy for well over a decade. From 1990 to 2005 you guys had acts in the studio including Pavement, Sonic Youth, White Stripes, Jeff Buckley, Jon Spencer, Modest Mouse, Wilco, Cat Power, Townes freakin’ Van Zandt! I mean the list goes on and on. What are some of your fondest memories of those days?
I guess the goal we had was to make records, and we did just that, so that is something we had fun with. It was a lot of work but long days and nights didn’t bother us, then move on to the next one!

The studio sustained serious damage in a 2005 fire. That’s such a devastating and overwhelming event. What were you thinking back then?
Well it definitely changed the course a bit, but the studio world was in a transition period around that time. Technology was making it tough for studios, although we still have a studio. I do a few records a year now.

And that brings us back to DittyTV. As someone who has been in the Memphis music scene his whole life, what do you see DittyTV bringing to this city already so rich in musical history?
I think Ditty is a great thing no matter where it is. Ronnie and Amy Wright put their souls into it with passion they have for music. My hat goes off to them. Memphis is a great place for it. Ditty is unique just like a lot of music offerings Memphis is famous for. 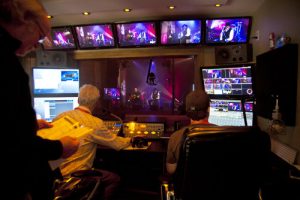 What have been a few of your favorite moments at DittyTV?
The journey from an empty room to a full on 24/7 music television network. Wow! It’s not something you wake up and do everyday. The challenge of it all is the kind of thing I like. Obviously when it takes off with more and more people digging it, that makes me happy. Amazing musicians coming through is a high point for sure.
Looking into your crystal ball, what do you see as the future of Memphis music and DittyTV and how those two things converge?
DittyTV is an asset to the Memphis community for sure but the big picture is what we want for the Americana/Roots music scene globally. DittyTV is a special home for that community. It’s a different approach dedicated to helping the genre grow by weaving it into the social fabric. Its fresh daily content makes it a live, breathing source for the fans out there.