You are here: Home / News / Get to Know a VJ: Matthew Wilson

Matthew is a musician and VJ on DittyTV who hosts Rhythm Roots, which you can catch daily at 7 a.m. and 7 p.m. CST with new shows airing Mondays at 7 p.m. He made his way to Memphis from Milwaukee back in 2014 and has toured the U.S., Europe, and Asia with an array of artists. Follow Matthew on Instagram: @thewilsonmc

You’re known as the host of the DittyTV show Rhythm Roots. Give us a summary of what Rhythm Roots is all about and what you love about the show.
Rhythm Roots showcases music videos from artists at the crossroads of tradition and modernity. American music has always been an intersection of cultures coming together and cross-pollinating. With the entire history of recorded music waiting at the other end of a (insert preferred music platform) search, the collision of an even broader array of influences is what we hear in today’s music. Rhythm Roots mostly focuses on the hybrid-genres between rhythm and blues, country, and soul music. City life meets country life, electric meets acoustic, whisky meets glass, and that’s just the first music video. Rhythm roots is migratory music, bringing the rural to the main stage. What I love most about the show are all the artists I’ve learned about that I otherwise wouldn’t have.

Do you have any special moments that stick out about the show or simply in your time as a DittyTV VJ?
I think some of my favorite moments working with DittyTV, apart from performing for one of the Concert Series with John Németh, have been outside of my usual duties as a video jockey. Interviewing artists “on the blue carpet” at the Blues Music Awards has been a particular treat because I’ve had an excuse to highlight and talk to a smattering of legendary musicians and old friends. In particular the Hi Rhythm Section, John Hammond, Don Bryant, Wee Willie Walker, Bobby Rush, and Mike Ledbetter—the greatest blues singer of his generation who recently left us way too soon. I’ve spent the majority of my career in the blues corner of the larger music business, so seeing that mix of old friends and bandleaders I once worked with be recognized by nominations and then getting to interview them on their way into the ceremony has been a lot of fun.

You’re a musician who got started at an early age. Tell us a bit about your early entry into music.
I grew up seeing live music from the time before I can remember because my dad was a musician. My grandmother used to sing on the radio in Chicago in the 1930s and 40s and married a jazz drummer. More than musicians, they were avid music fans who would stay out dancing until dawn every weekend to big bands like Louis Prima and Harry Belafonte. My father and uncle have been playing music since they were tiny (my uncle has continued to be a professional musician his whole life) and so it was an easy introduction to eventually start getting me up to play with the band once I’d taken the initiative to sit down and learn a beat on the drums, then some bass lines and later, at 13, guitar in the house band at my dad’s open mic. There was an element of the whole endeavor being discouraged by my then-stepfather as something that wouldn’t lead anywhere fruitful and more likely to an unhealthy end that provided just the kind of resistance my teenage self loved pushing through. My older brother Alex taught me a lot of my foundational knowledge of the guitar and then, when I was 19, he needed a full-time bassist for his band that was touring around the upper Midwest and playing at least four 4-hour gigs every week so I leapt at the chance and began my career as a professional musician, which has continued through today.

How about your current musical projects?
After a couple years on the road with Alligator Records artist the Nick Moss Band, I was living in Milwaukee and had started The Aluar Pearls, a 9-piece Highlife and Afrobeat (another longtime love of mine) group with some friends and, while that was going great I wanted to see how I might fair in a more competitive music scene. I was all set to move to New York City because some bands I was into were there, but then the opportunity to join up with John Németh, one of the greatest soul and blues singers on the scene today, presented itself and so it was to Memphis that I came a runnin’ about four and a half years ago. Since then I have continued to work and tour nationally and internationally with Arabic-Psych Rock band Painted Caves, John Németh, and now more recently with John Paul Keith.

With the perspective of being a musician and also hosting a music show, what advice would you give a young musician who wants to give music a shot as a career?
Well, to start I would strongly discourage anyone from entertaining a career in music.

No, just kidding! It’s one of the careers that doesn’t necessarily have an obvious linear path to continued success. There are many routes you can take, and for some it takes a while in the business to figure out what service you’re best suited to provide. It’s important that people learn about the fundamentals of music, even if that just means learning as many of the songs in the styles you’re interested in. Try to get other people who are into the same stuff as you together to play. Practice as often as you can. Go to open mics to see other emerging artists and meet people who you vibe with. Create a recording that you’re proud of and use all of the tools and platforms available to you to make a product worthy of mass-consumption. As the internet and data consumption become more interwoven into our society, there are so many potential avenues to grow your band and create multiple revenue flows to help keep forward motion going in your career. I have found the C.L.I.M.B. (Creating Leverage In the Music Musiness) podcast to have some useful insights.

How about when you want to just catch your breath or have fun, what do you do?
My friends and I spend most of our free nights  gathered around a table with some wine playing Mexican Train Dominoes. That and for some reason, about two years ago we started playing pinball a whole lot. My favorite machine is Cirque Voltaire.

Tell us what excites you most about the future of DittyTV.
Every time I’ve come to the station over the past six months, it’s been crazy to see and hear about all the renovations happening there. With the new storefront (Vibe & Dime, opening soon!), in addition to what they’ve already been offering up, there’ll soon be another platform for disseminating all this great music you find on the station. The thing I’m most excited about is that between the ownership, management, and full-time employees, there is a such a devotion to expanding what the station does in its mission to broaden the platform for Americana.

What was the first album you ever bought with your own money?
The John Lennon Collection! 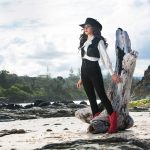 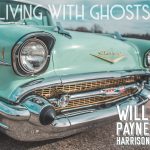 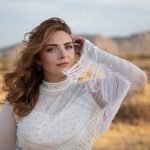