You are here: Home / News / Dylan LeBlanc Grooves to a “Renegade” Sound 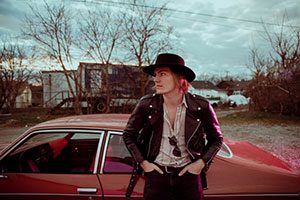 Not yet 30 years old, Dylan LeBlanc has packed in what might be a lifetime of musical experiences for most. His father, James LeBlanc, is a songwriter and musician, so the younger LeBlanc got an early glimpse of the industry. He released his first album, Paupers Field, in 2010 and a year later turned 21 while on tour with Lucinda Williams, dancing to reggae music and drinking Dixie beer on her tour bus. In 2012 he released his second album, Cast the Same Old Shadow, and continued to tour and perform with major acts. Perhaps it was all too much too fast.

By the time he released Cautionary Tale in 2016, the album truly was a cautionary tale of how the touring life and various excesses can create problems for anyone, but especially for a young man still finding himself in an often unsteady industry. After bouncing around most of his life between Shreveport, La., where he was born, and Muscle Shoals, Ala., where his dad was writing songs and performing, and even Austin, Texas, with his mom and stepdad, LeBlanc decided to settle in and regroup in Muscle Shoals for the period leading up to Cautionary Tale. It turned out to be a good decision. LeBlanc calls it “a magical time.” He got his head on straight and made a sophisticated, noteworthy album. 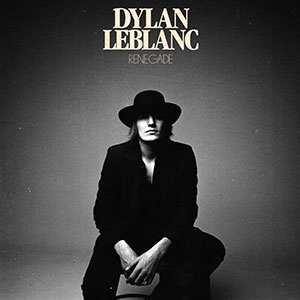 LeBlanc, who has since moved to Nashville, continues to produce great music with the release of his new album, Renegade, on ATO Records June 7. Produced by Grammy-winner Dave Cobb with instrumental assistance from what has become LeBlanc’s backing band, The Pollies (whose own 2018 album Transmissions received plenty of accolades), the album offers 10 songs that, collectively, LeBlanc calls his “rock record” that’s a phonic throwback to 1978.

“Rock and roll has always been a part of me,” LeBlanc says. “I always knew I’d make a record like this.”

The title track has already garnered attention on the Americana and Adult Alternative charts. “Renegade” quickly illustrates LeBlanc’s musical evolution. “I’ve known Jay (Burgess) and Jon (Davis) of The Pollies for about 16 years,” LeBlanc says. “I knew what those guys were about and knew they could give me the sound I wanted for this project.”

“Renegade” is what LeBlanc calls “an age-old story” about the guy, “a thug,” who just can’t stay out of trouble and the woman who is intrigued by that life. “A lot of that goes back to growing up in South Louisiana,” LeBlanc says. “You just see that scenario play out over and over.”

LeBlanc goes deep on this album, both in musical creativity and lyrical inspiration. With explorations of religion (“Damned”), gun violence (“Bang Bang Bang”), and immigration (“Honor Among Thieves”), LeBlanc is not afraid of tackling hot-button issues of our time. About “Honor Among Thieves,” a beautiful song heightened by strings, he says it’s about “the audacity. We seem to forget where we come from and that we live on stolen land. We’re all immigrants. I wanted to look at that thought process even more that says ‘it’s never enough.’ We’re really just borrowing it anyway. We don’t own anything.” 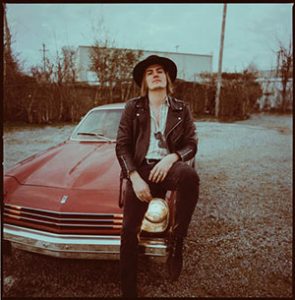 Meanwhile, on other songs, LeBlanc looks at the challenge of living in the moment, of personal relationships, and growing and evolving as a person. It proves to be a wonderful mix of topics and musicality that came about mostly over the course of a week under Cobb’s direction.

“We were just really focused,” LeBlanc says of recording sessions in Nashville’s RCA Studio A. “Because I’ve played with The Pollies so much, we just had a good idea of what to do and could play a lot live. It all came together very quickly.”

With the release of the album, LeBlanc and The Pollies begin a two-month U.S. tour that ends in late July before a European tour kicks off in August. “We’re looking forward to touring and playing together,” LeBlanc says. “It’s fun to get to travel and perform with your friends.”

And after the tour? “It will be time to start working on the next record,” LeBlanc says. “The next one will be another vibey record similar to Cautionary Tale. It might even be a double album.” We’ll stay tuned!