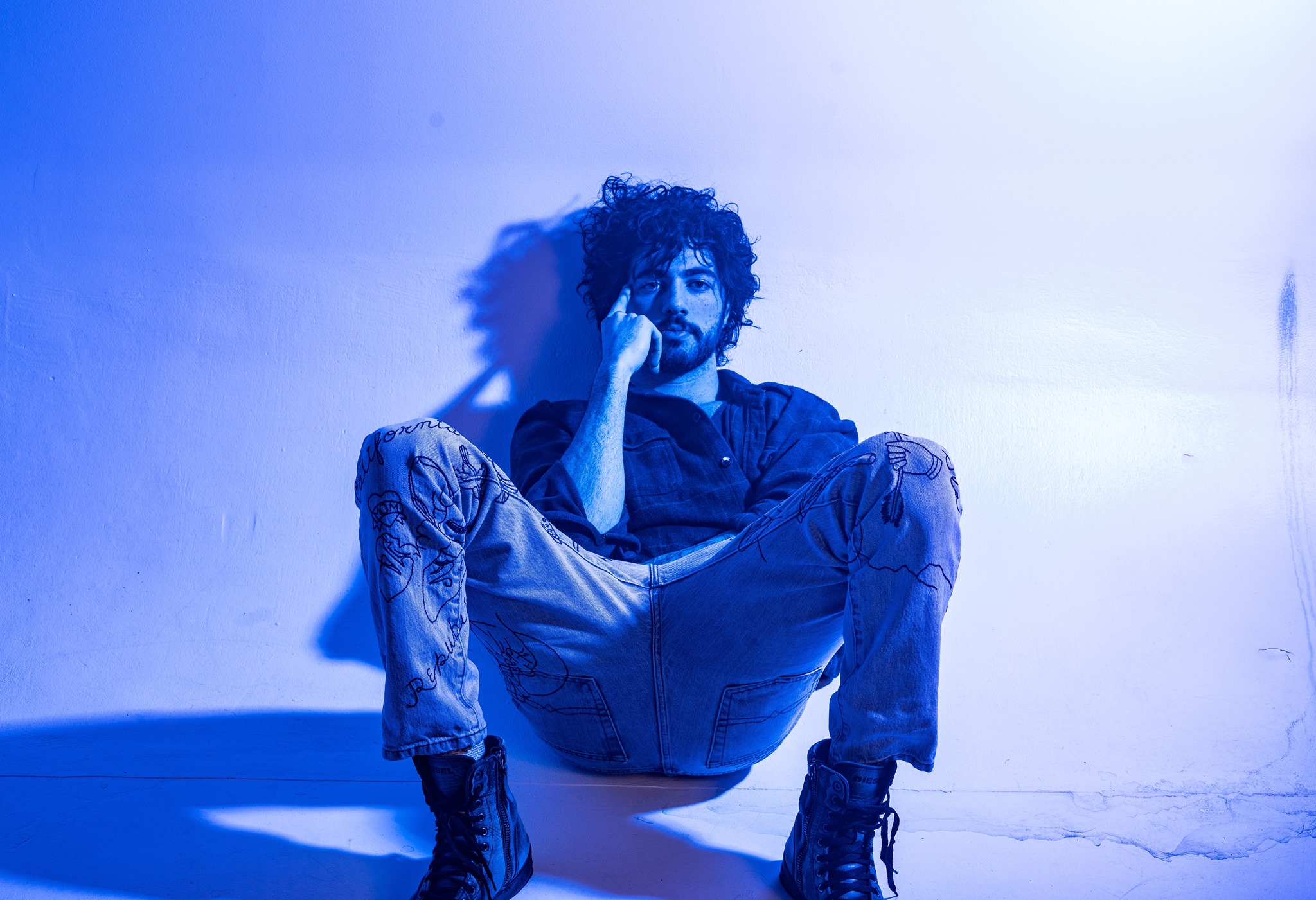 “We were driving I think back from Nashville to Jersey, probably a little high, and the idea came spilling out,” New Jersey artist Dylan Hartigan muses about the inspiration for his new music video “Gold Rush” to his producer, friend, and current touring buddy Maggie Rose, whom Hartigan worked with on his debut solo album The Way My Bones Creak.

We invited Rose to connect with Hartigan in 5 Questions to provide a unique look into the making of The Way My Bones Creak, as well as the song and video “Gold Rush.” Along with Them Vibes, Rose and Hartigan will share a New Year’s Eve show in St. Louis at Delmar Hall. 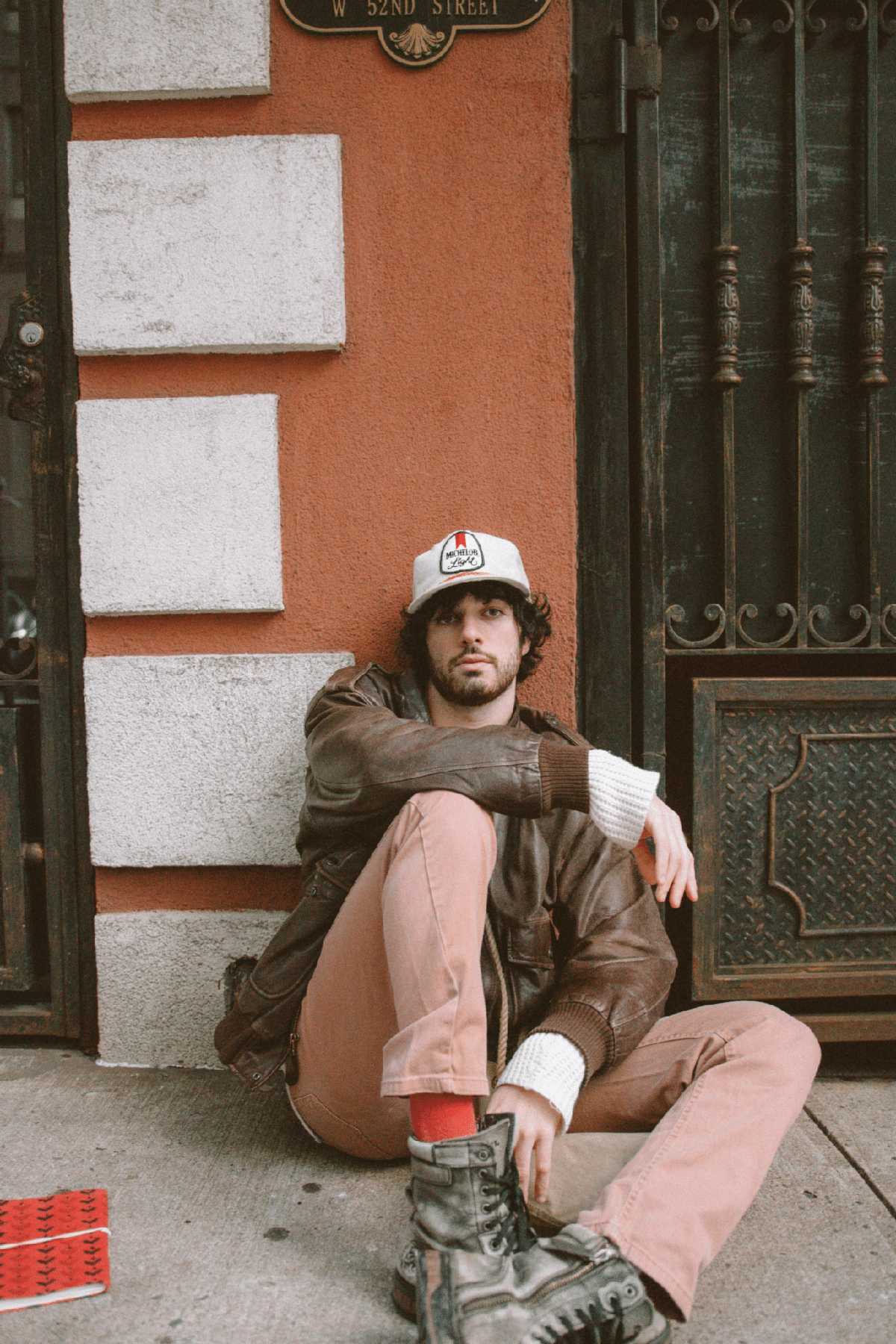 1) How did you come up with the video concept? Has it been a long time coming?

The video concept came from the story of the song. I wanted to keep it as close to the words as possible. We’ve (me and everyone involved in the making) been playing with this music video since the conception of the song honestly. I’m a huge advocate for storytelling with both sonic and visual sensory. This music video came from my need to have something to see while hearing this song. It was basically conceived in my old touring van with my buddy Mickey Roberts, who is co-director on the project, and my sister, who is AD on the film. We were driving I think back from Nashville to Jersey, probably a little high, and the idea came spilling out. 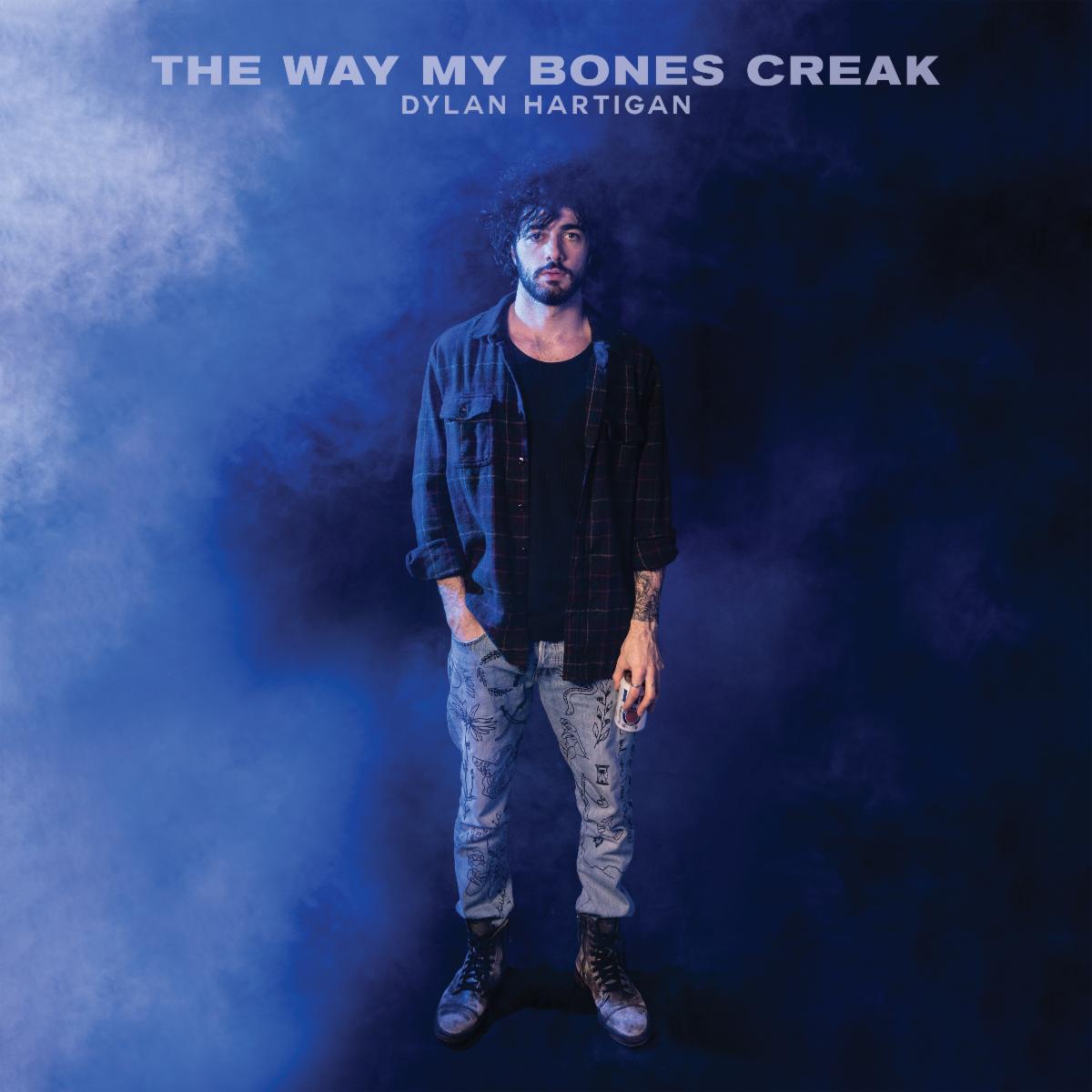 2) What went into the creation of the song “Gold Rush?” How did it influence your debut album The Way My Bones Creak?

So The song “Gold Rush” is kind of a weird put together. A lot of the songs I love on The Way My Bones Creak I have no idea how I came up with. The words and stories behind them I really never lived through, so I guess Bob Dylan was right when he said they’re out there you just gotta find em. I love the idea of dropping what you have in pursuit of something that might not even be real. That is how I live my life and this song brings that out. It also helped me not be afraid to express my failures through The Way My Bones Creak. A form of self-expressionism through song is really important to me. 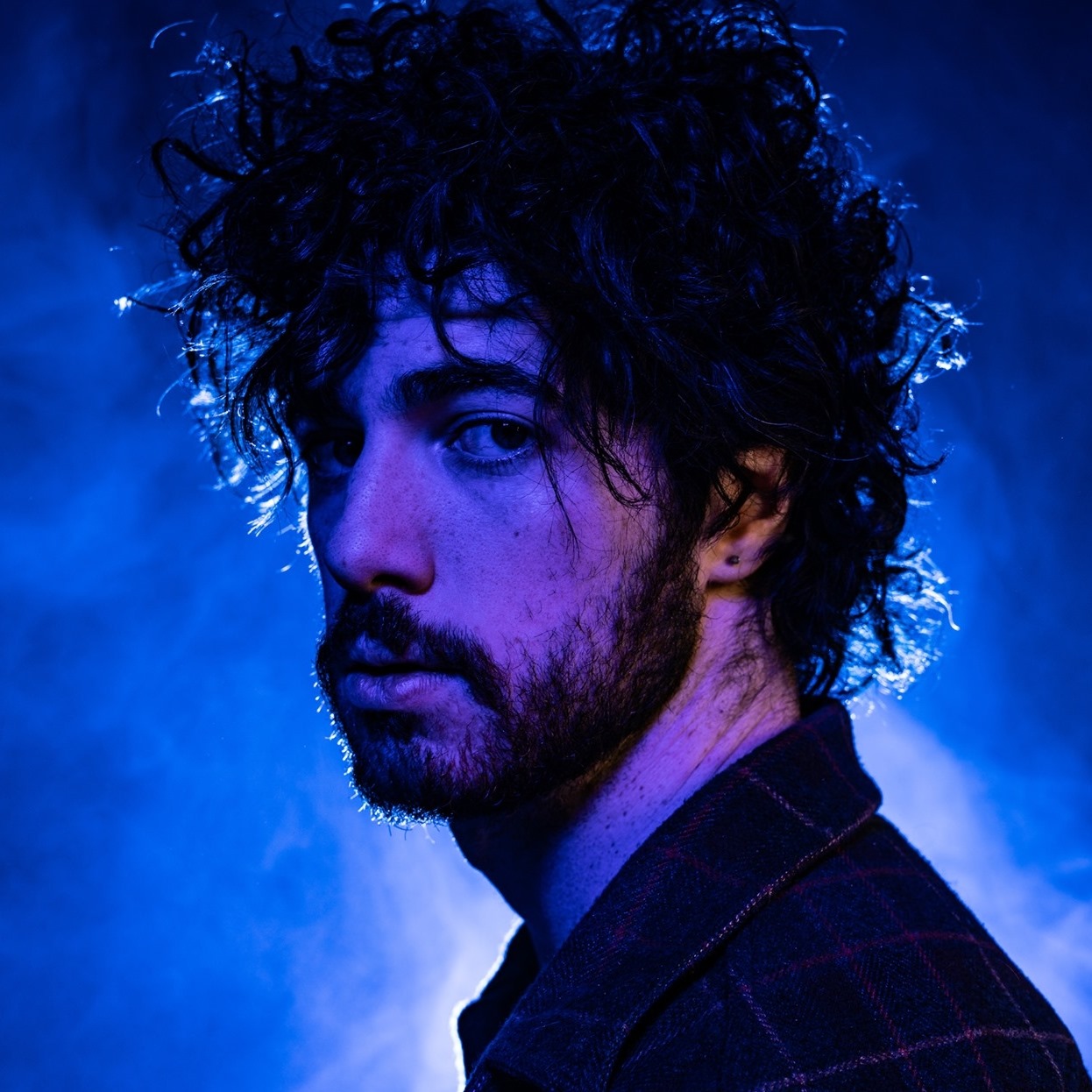 3) What was the recording process like with Producer Bobby Holland and Musician/ Producer MAGGIE ROSE (aka ME)? How did they influence the sound of the album?

It was my first time being in a studio setting with big hitters like you and Bobby. I never got overwhelmed or anxious because I knew how much you guys loved the music. It was collaborative which is my favorite form of making music. Bobby really helped put together the sound of the full band since all of these songs were created stripped down acoustic. AND OF COURSE you, Maggie, not only assisted with vocal production/quality but assisted with BGVs in places I never knew could exist. Yea this was high class high quality work that everyone involved made a masterpiece. I like to disassociate myself from it and think of it as a massive group effort. Because that is exactly what it was. 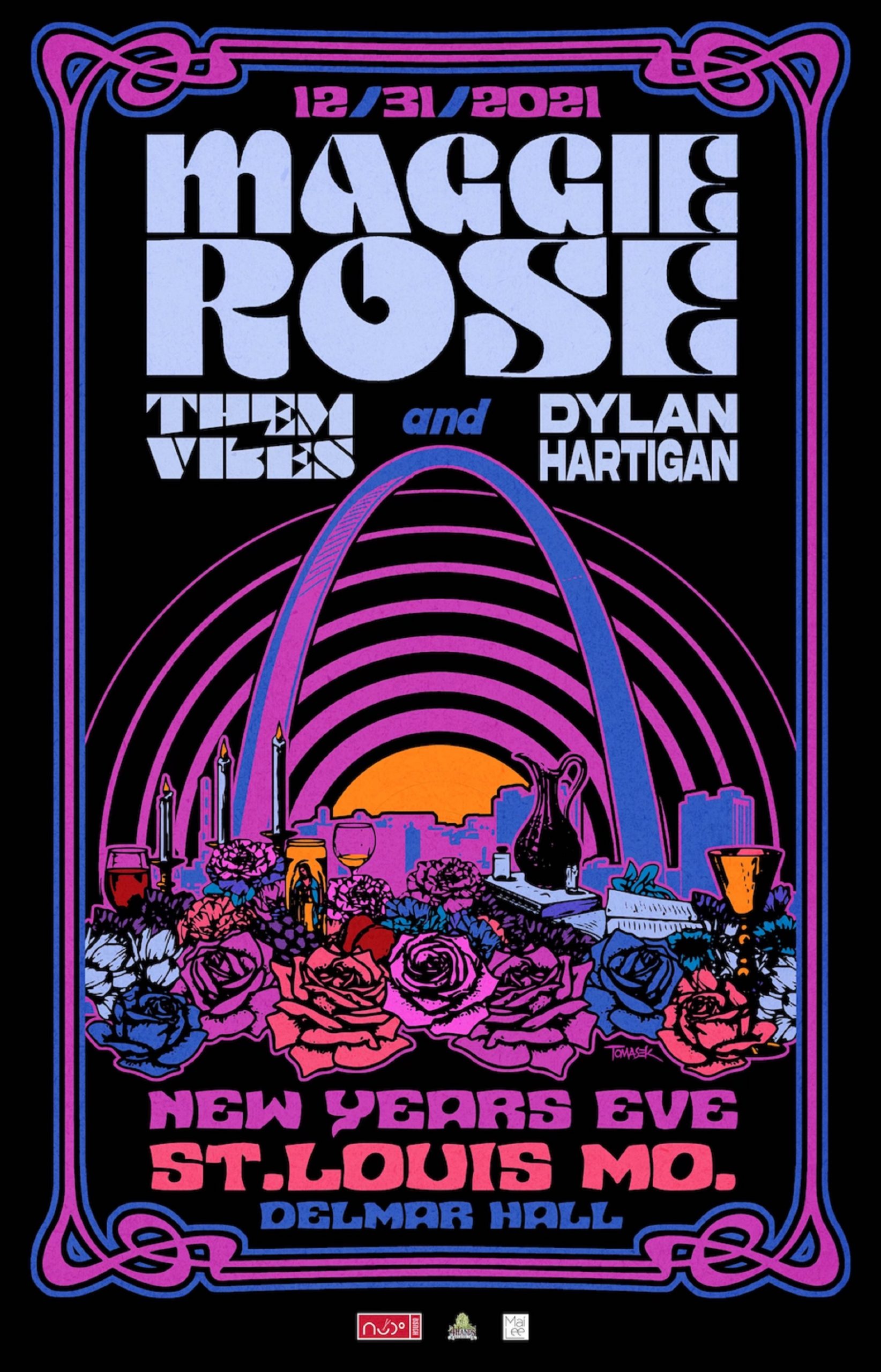 4) What in the world is it like being on a national tour with MAGGIE ROSE?!?

Absolute mind blowing fuckery. It is like living the life of a rockstar in the most genuine way I can express that. First off everyone on the tour I love. They are all family at this point and for an Italian/Greek kid from New Jersey, family means I would take a bullet for them. I have had a blast meeting the Maggie fandom and honestly just being able to step on stage as a JOB and play music. There is no better feeling in the world when I pick up a guitar and hear everyone get quiet for 30 minutes as I play them my stories. It’s surreal. I’ve been on tour before but never like this. Never comfortable. Never fulfilled.

Honestly? I’m gonna go live in Greece for a few months and write. It has been a dream of mine for years to get a little more in touch with that side of my heritage (I’m part Greek). I’ve got family out there on an island and I’m basically going to be waking up at 4 am every day, working on boats, getting back at 4 pm and writing writing writing. I want to finish a novel, screenplay but most importantly experience more life. My favorite thing about this existence is that I can be playful in a sustainable way. No matter where I go I can always play music and that is so beautiful to me. The universal language. So yea that will be my next move. On the music front? Well, just expect some more stuff out of me someday.

• Please enjoy the premiere of “Gold Rush” by Dylan Hartigan •