DittyTV is pleased to offer the first-listen of the title track from David Quinn’s third studio album Country Fresh, which will be released April 15th via Down Home Records/Soundly Music. See how an ashtray at Sound Emporium Studios, a new house in Indiana, and collaborators like Fats Kaplin (Jack White, Beck) and Jamie T. Davis (Margo Price) have shaped Quinn’s next record in this 5 Questions feature.

1) Your third studio album Country Fresh will be released April 15th via Down Home Records/Soundly Music. How is this record different from your previous two releases? 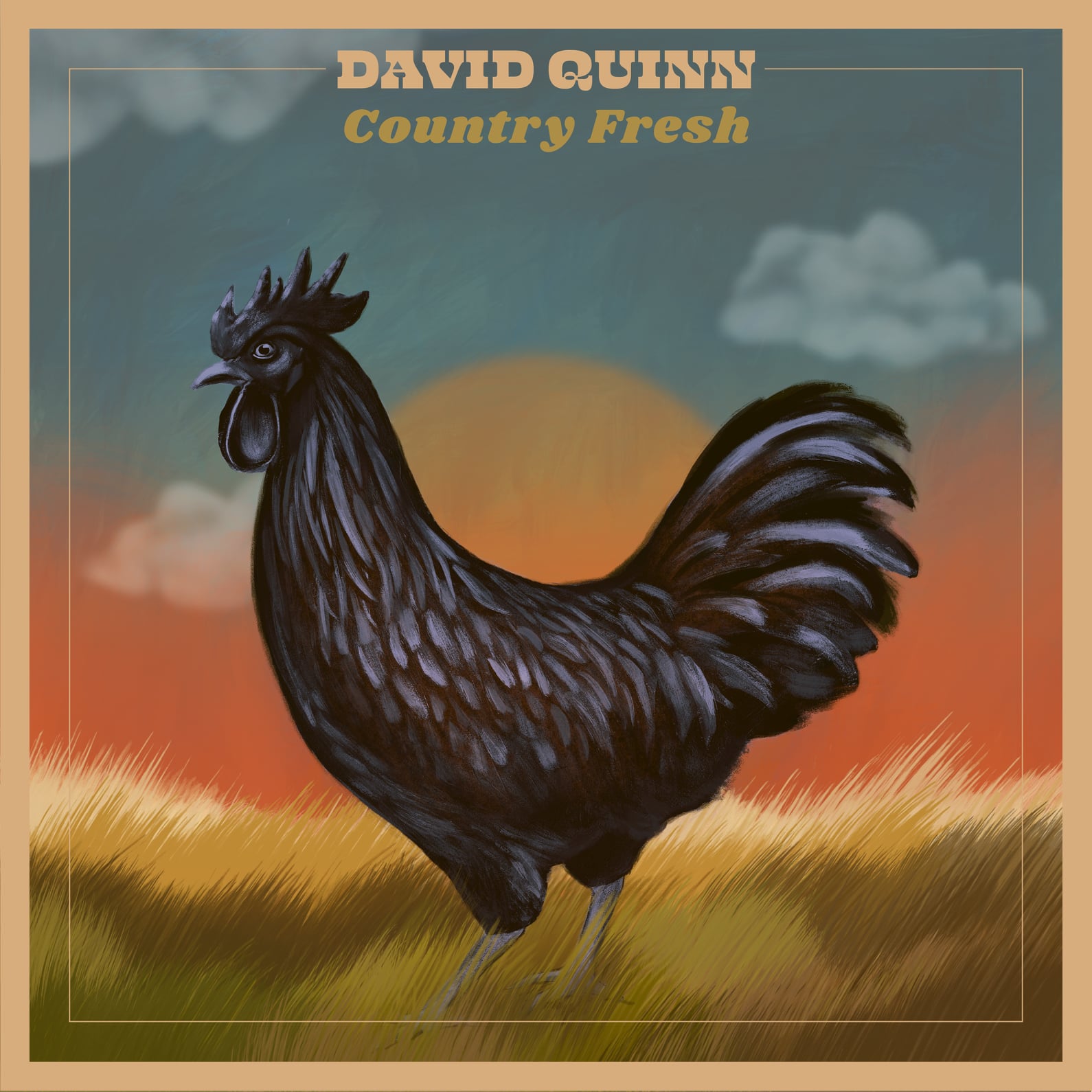 This record is different because it represents and documents a specific time in my life. I moved out of Chicago and out into the woods in Indiana. I got re-energized by spending time outside, riding horses, and falling in love with the midwest all over again. This record speaks exactly to that.

I also think this record is different because I write a lot of songs about leaving and I am finally able to talk about the things that make me happy and content.

2) Today, DittyTV has the honor of premiering the album’s title track, “Country Fresh.” An ashtray, a new house in Indiana… could you share with us about the origin of the title and tell us what the song means to you now?

Yea, I originally found an ashtray in the back of Sound Emporium Studios in 2020 while recording my last record. It was in the way back corner and looked like it had not been found in 50 years. The ashtray read “Country Fresh.” That title just stuck with me and I began using it to describe all the different things I like in music and life. It was sort of a catch-all phrase for what makes me me.

One morning I was working on a song about the place I live in Indiana and I was describing all the things I do each day and I just knew “country fresh” had to be the chorus and title. It had stuck with me since the day I saw it. The song “Country Fresh” has a special place in my heart and brings me right back to the summer that I wrote it, every time I hear it. It sounds and feels just like those midwest summer days.

3) Talk to us about working at Sound Emporium Studios in Nashville, TN. What is it about that space that works for you?

I have really become pretty comfortable at Sound Emporium. There is something about Studio B that I have really come to like. The room is pretty intimate. There is also a lot of history in those walls. It always feels special to be in there. It was also nice to return to a place that I had recorded before so everything was already familiar to me.

4) Fats Kaplin (Jack White, Beck), Jamie T. Davis (Margo Price), and Miles Miller (Sturgill Simpson, Tyler Childers) are just a few of the heavy hitters you brought in to cut the album with you. What was your experience working with these players, and what was the production process like?

It is always an absolute pleasure working with these players. Some have become friends from working together over the years. It is really nice to have such talented people help bring my vision to life. They take my ideas and make them better. The recording process is pretty simple and fast. We tracked all the music to the songs in 2-3 days and the majority of it was captured live.

5) And you produced the album, as well? What were some of the pros and cons of producing yourself?

I mostly produced this record myself out of convenience and budget. I usually go into the studio with a pretty good idea of how I want each song to sound from beginning to end which makes things a lot easier. It’s more about just executing what’s in my head, but one of the big cons of this is I don’t get to have someone who sits and listens with a fresh ear for new ideas.

I think having a “producer” who can watch and listen from another room could bring some new and fresh ideas. With that said, the players and engineer on this record brought plenty of their own good ideas that made it onto the record. It was still a collaborative effort.

Bonus: Any tour dates or festivals coming up that you’re excited about playing?

I am really looking forward to my record release show at Carol’s Pub in Chicago on April 15th. I have not been back around Chicago much over the last two years so it will be good to be back and celebrate the release with a hometown crowd.

Bonus: Since you’re an Illinois native, what’s your favorite John Prine song, and why?

This is a tough question since there are so many great songs to choose from but if I had to pick just one I would say “Hello in There.” I have listened to that song for so many years and it still affects me greatly every time I hear it. I think it is one of the most beautiful and poignant songs ever written. It is as close to perfect as a song could ever get. I still tear up when I hear it.