“My friends and inspiration come from the bubbling and boiling magic that lays beneath the breached,” says Cody Brooks, a volatile artist and proud Tennessean who’s been living on the edge but whose debut album First World Problems is about to change that.

The record, produced by Nashville native Ken Coomer (Wilco, Uncle Tupelo, Emmylou Harris), is set to arrive on June 3rd via Pasadena Records, and DittyTV has the premiere of the Bee Taylor-directed title track music video ready to go. Brooks says he feels that the video complements the song well because it was filmed like it was recorded, “quick, momentous, and sarcastic.”

1) Tell us about where you’re from and your upbringing and how it shaped you into the man you are – what motivated you to leave the South, and then what drove you to return?

I come from a folktale existence. A true southern fantasy provided by my parents for me to grow inside the fertile shadow of Nashville, Tennessee. My early childhood was that of bare feet in the dirt, in waterfalls, Cherokee Burial Grounds, old moonshine stills, sheltered nature.

Raised in “third world poverty.” It was living poetry since I was wealthy in love and had cool parents that knew how to live off the ground and off of dreams and love for freedom. I chase different things in life because of this truth.

Both my parents found success and modern comforts for my brother and I, but the road called me and I moved out at 16 years old after I graduated Springfield High School early.

I wanted to experience life outside the stereotype I emerged from. A poor white hillbilly boy from some storybook world who had a pension for playing southern roots music. Delta, Appalachian, Country, Jazz, Rock. All southern genus genres.

It took leaving to see how comforting the southern region of the United States is to my creative being. I like it spicy & humid and filled with moonshine & fireflies. All of these things are found in the south.

2) Born in the Bible Belt, how has the Church shaped your musical direction – or has it?

I was so lucky that my parents let me find my own spirituality. It is my journey and I got a beautiful opportunity to go and experience any denomination I wanted without strings, guilt, or traditions.

Religion never betrayed me and I never gave my life to someone else’s religion, so I’ve always been open minded and spirited to how others connect to the higher power. Especially through art & music.

As a songwriter, there are fewer devices as potent as the duality of Good and Evil. Heaven and Hell. Angels and Demons. I have penned many songs where I try to connect or make sense of what I’m trying to express through this powerful duality. I strive to express my own inner beliefs through song as I go along this life. 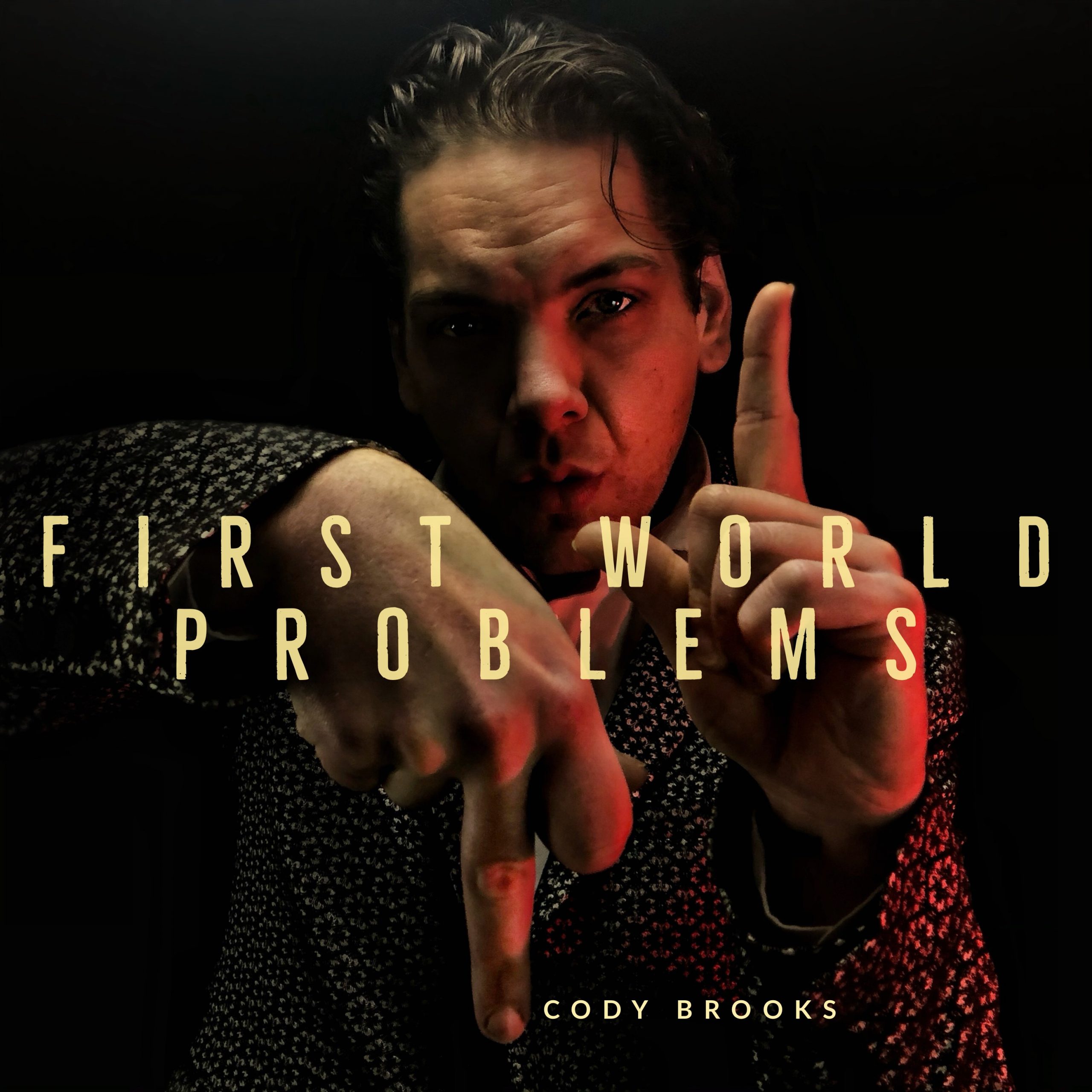 I’ve spent my whole life living underground. My art. My career. My friends and inspiration come from the bubbling and boiling magic that lays beneath the breached. It happens in alleyways, it happens in parking lots. Sometimes we surface to take a look around, but usually don’t stay up long enough for our eyes to adjust.

If Pasadena Records had a spirit animal it would be a pair of sunglasses. They allowed me to step out of the underground and take a look around without going blind to all of the noise that craves success and attention.

They aren’t afraid to grab something from below and show it to the world with such power and pride. I build my art for some distant generation to use as posterity for this era, but Pasadena thinks the people are ready now. I’m so honored and humbled for their support and excitement.

4) You and your producer Ken Coomer created all of the instrumentation on the album by yourselves, right? Talk to us about that – did you achieve all of those guitar sounds through your parlor?

With the exception of my brother Carson Brooks playing Harmonica on the track “Real Man,” yes, it was all Ken and I that made the album.

Ken doesn’t chase magic. So many producers get bent trying to find, discover or chase magic. Ken makes magic. Both of us being Natives to Nashville and a pension for musical rebellion, we just jumped in.

I would arrive and we would pick a song that felt good in that moment. I’d go in and sing it on my little parlor acoustic.

Then by the time I really felt like I was ready to record it, Ken or Patrick (the mysterious & beautifully odd engineer) would tell me they got my warmup and that was the take.

Ken would step in and lay down a drum pass before even knowing the recording. He’d pass it off to me and I’d lay down a bass and electric guitar. I’d tag him in and Ken would start adding spices through various percussion or beat up a section of the song with 808s through an old blown out amp.

The momentum fed our canines and we had an appetite for rebellion, for something real and raw and contrasting to the lack of humanity chasing perfect can provide. There wasn’t great design in the album, nor was there agenda outside of finding music that pegs the meter, but there was magic. There was intuition and trust.

My guitar sounds were mainly made with my 1929 B&J Victoria New York Parlor Guitar and my Jaguar or Partscaster Strat. I’ve got an old Dean Markley wood soundhole pickup (resin dipped single coil) that’s had the back half of the resin scooped out and wrapped in electrical tape. It can sound like an ole AM radio or a runaway freight train depending on where I stand when it’s hooked up to an amp. This means some of the cool electric guitar sounds you hear is still my old parlor “Lemons” going through loud tube amps.

5) Let’s talk about your new music video, the album’s title track. It was filmed and edited by Bee Taylor. What was that production experience like, and how do you feel the video properly compliments the song?

I feel that the video complements the song so well because it was filmed like it was recorded. Quick, momentous, and sarcastic. Bee Taylor has such a way of capturing magic.

She has a spooky way about it where there is quick set up with laughing and casual vibes and before you know it you’re in the middle of an existential moment where I’m sweating and howling and she’s already caught it, cut it and made sense of it before I realized the camera was even on. Add some sarcasm and do it fast & gritty and involve the elements into the process. Different lenses, sunglasses, wine bottles, sage smoke.

Bee doesn’t demand things from you but invites them nonetheless. She keeps me at that perfect balance between taking it too seriously and making a mockery of the industry. It’s a visual representation of the recording because it feels.

Hung on my dad’s wall growing up covered in bull snot and cowboy dust; it was decor and had a hole in the lower bout. When I discovered delta blues, I discovered parlor guitars and pre-war models that were the vessel for such pain in melody. I remembered that guitar on the wall and my dad gave it to me. All busted up and dusty.

I took it to my step-dad at the time James Peters, and together we rebuilt the guitar into a playable little cotton kicker. It was that very project that gave James the epiphany to build instruments as his new calling. He has built hundreds of handmade instruments since Lemons came back to life.

Speaking of Lemons, the name came from the spark itself. Blind Lemon Jefferson. He played parlor guitars and his infamous picture that includes his “autograph” scribing in cursive “Cordially Yours, BLIND Lemon Jefferson” showcases a small parlor guitar. When we restored the guitar, we made crude lemons out of abalone for fret markers on the neck. Lemons.

Bonus: What equipment did you use to produce the more hip-hop-centric drum sounds, and who are some beatmakers/producers you revere?

Ken had an old Yamaha sample pad thing loaded with 808s and prerecorded drum bits. We’d hit it through a pedal or blown amp and sit in the control room hitting the pad like chimps with the banana button.

Or Ken would go on his Kit and play the sample organically but we’d use a harmonica microphone somewhere on the floor to capture it.

Bonus: Could you share about your relationship with Ken Coomer and why you two are a good fit as artist and producer?

Ken and I both are Natives to Nashville. We both like to push the limits of ourselves and each other. It’s made from love and not from trend. We’re sick of soft punks and old ways. We don’t overthink it. We trust each other and where we are coming from. It’s reactionary and fluid.

Bonus: Could you name some artists you currently enjoy and describe why you go for their sound?

Bee Taylor is my favorite living songwriter outside of my father, Ed Brooks. Its intoxicating allure is timeless.

Daniel Stroud is an incredible and upcoming songwriter from Kentucky. He’s Roger Miller on Acid. Harry Nilsson with dreads. He embodies the folktale to which he came.

C.W. Stoneking is another favorite who embodies the ghost that moves him to sing and write the way he does.

All three of these current artists sing of real things in fantastic ways, use layman’s terms to connect an abstract idea or feeling and capture their art with warmth and reverence for the song itself and not its market potential. That’s the byproduct of their intent.