You are here: Home / News / Chuck Mead Hits a Little “Close to Home” 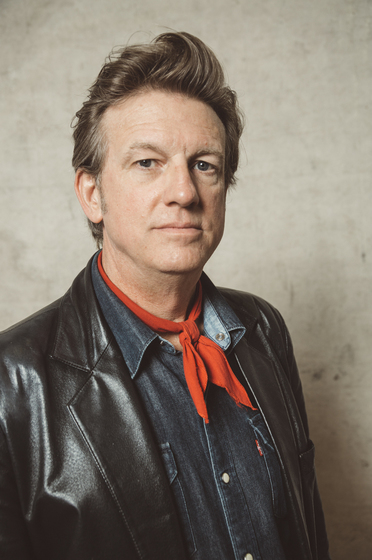 Chuck Mead is known as a neo honky-tonker and one of the founders of alt-country legendary group BR549 but his musical passions are broad, going back to playing music with his family as a kid. His mom’s family had a country singing group in the 1940s and ‘50s and then just as Mead hit his teens he got a drum set. “I thought my uncle or grandpa wrote all those Hank Williams songs,” he says, “because they played them all the time and other old country & western songs, so it kind of started there.”

Mead says his uncle, though, was a rocker. Having graduated in 1959, he introduced Mead to the likes of Sun Records stars Carl Perkins and Elvis Presley, which also influenced him. In fact, Memphis still influences Mead, including the sound of his latest album.

On June 21, Mead releases Close to Home on Plowboy Records. It was recorded at Sam Phillips Recording in Memphis and produced by Matt Ross-Spang. The Memphis connection makes perfect sense for Meade, who was musical director of the Broadway show Million Dollar Quartet and a consultant on CMT’s scripted series Sun Records.

Mead says that while working on Sun Records he would see Ross-Spang around. “I was working with a lot of musicians in Memphis,” Mead says. “I got all Memphis musicians to play musicians in the show and Matt actually had the right microphones and so he helped us out and I hung out with the music community and I got to know a lot of great music people in Memphis, including Matt.”

Memphis-based Ross-Spang won a Grammy for engineering Jason Isbell’s The Nashville Sound. He co-produced Margo Price’s Midwest Farmer’s Daughter and All American Made and engineered John Prine’s The Tree of Forgiveness. 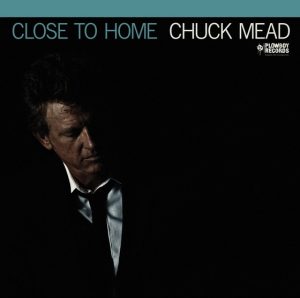 All signs pointed to Memphis for the making of this record. “Jerry Phillips, Sam’s son, was fixing up the studio and now he’s on fire there,” Mead says about the legendary Sam Phillips Recording Studio on Madison Avenue. “And it’s just because when people recognize the spirit of the place that’s when something good comes out of it. When they go in there with Matt and he is fully focused on that sound and having fun—because that’s what you’re supposed to do, right? I’ve recorded in some cool Nashville studios like the Quonset Hut, RCA Studio B, and The Castle,” Mead says. “But there was something almost supernatural about working at Phillips. You could feel Sam’s spirit.”

The album offers 11 songs in an array of styles, starting with a hot rockabilly track called “Big Bear in the Sky” and then is followed by a bluesy western swing number called “I’m Not the Man for the Job.” Immediately you understand that you’re on quite a ride through American roots music. The songs continue to twist and turn but all have Mead’s classic vocals.

He takes the listener on a journey through his lyrics as well, ranging from the humorous “Daddy Worked the Pole” to the existential “Close to Home” to a beautifully optimistic call for a more friendly culture in “There’s Love Where I Come From.”

Always a great live performer, too, Mead has several performance dates coming up in Nashville through the end of June before hitting the road to promote the new album. Check out his tour dates to see if he’ll be touring in your area.