It’s time to get to know Braison Cyrus, the young family man who’s arguably the most Americana-leaning musical talent to emerge from the camp of Billy Ray, Miley, Noah, Trace, and others. Braison will release his debut full-length Javelina on October 22nd via Sunday Supper Records, a collection of substantial and absorbing alt-country songs recorded with Austin Jenkins and Jordan Reed at Castle Recording Studios in Franklin, TN.

Though this is his debut record, this isn’t a new endeavor for Cyrus, who’s been crafting the songs that comprise Javelina since 2017. “Once I get started on a song, I’ll write ten or so verses and then whittle it down to the best of what I’ve come up with,” he says, adding, “I just like to have an abundance of lyrics and directions to take something so I can see the best way to proceed.”

1) First off, cheers to becoming a father! You and your wife welcomed a baby boy into your family this year – Bear Chance Cyrus. How has your outlook on life changed in the last few months, and what is the best advice about being a parent you’ve received so far this year?

I always knew that I wanted to be a dad so my outlook on life hasn’t changed that much. My priorities have been majorly adjusted though. I haven’t received much advice but the best advice I could give is: don’t take any advice. You can only learn as you go. 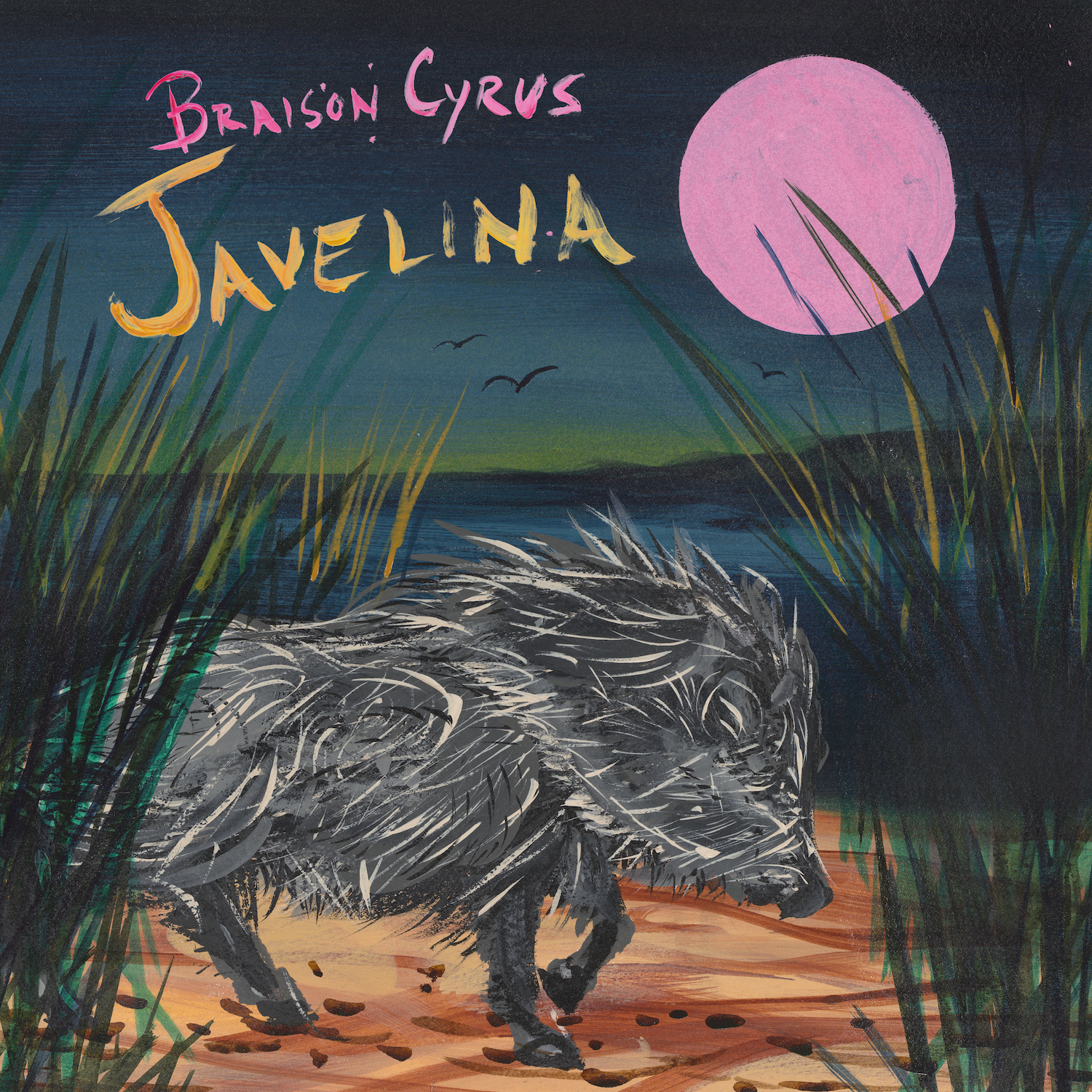 2) Could you share about the inspiration for your upcoming album Javelina — what drove you to make this record, and did it turn out the way you thought it would?

I think my main inspiration for the album was my past work. I had a lot of unused material that needed a lot of work and I wanted to use them instead of trying to write entirely new songs. They were all written in the summer of 2017. I think it turned out the way it was supposed to turn out. It was a collaboration with a lot of talented people, especially my band.

3) What was it like working with Austin Jenkins and Jordan Reed at Castle Recording Studios in Franklin, TN, and are there any specific moments of musical magic that stand out in your mind?

Austin Jenkins producing was a last minute development that, I think, saved the whole record. He brought the best out of everyone. The moment that stands out to me is when we recorded the song “Revolver”. It was late and we knew we wanted an instrumental western tune in memory of Ennio Morricone. We recorded the song in one take and just made it up as we went along.

4) As someone who grew up presumably surrounded by music, is there a particular memory that you can recall from your childhood where you thought, “I need to be a part of this?”

There were many moments growing up where I specifically thought “I want no part in any of this.”

5) You wrote, “Once I get started on a song, I’ll write ten or so verses and then whittle it down to the best of what I’ve come up with.” Could you elaborate on your songwriting process and tell us who some of your current favorite songwriters are and why?

I just like to have an abundance of lyrics and directions to take something so I can see the best way to proceed. It always depends on whether I start with lyrics or the music first. It also depends on whether the song I’m writing has a specific story I’m trying to tell or not. Dave Alvin is probably one of my favorites at the moment.

Bonus: What’s the most recent song to be stuck in your head?

Extra Bonus: As someone who digs the music of Conor Oberst and Jim James, have you listened to Monsters of Folk, and do you think it’s time that they record a second album?