You are here: Home / News / Americana Around the World: Sofia Talvik

Swedish indie-folk musician Sofia Talvik released her album Paws of a Bear in September, and we’re happy to host the world premiere of her new video for “Siren Song” this week. Talvik released her first album in 2005 and has constantly been touring, writing songs, and releasing albums and EPs ever since. DittyTV Senior Editor Tim W. Jackson was pleased to catch up with this international Americana star for another segment of Americana Around the World

First, what can you tell us about where you grew up in Sweden?
I grew up on an island on the west coast, between Gothenburg and Norway. It’s a beautiful place in the summer, but rainy and grey in the winter. We don’t really have sandy beaches; it’s more cliffs, which makes for a somewhat harsh but beautiful landscape.

What’s the Americana scene like in Sweden right now, and who are some of the Americana acts there that have your attention?
I wouldn’t say there is a big Americana scene in Sweden. Most Americana acts from Sweden play outside of Scandinavia. I think in general in Europe there is not a big understanding for the word Americana. A lot of people here think it’s country, and that can be quite annoying at times. Probably the most famous Americana act from Sweden is First Aid Kit. At a show I did once a guy came up to me and asked me if I knew about them. I said yes, and he continued “they’re like you, but younger.” What a blow to your self-esteem! haha.

You have a tour of Germany coming up beginning Oct. 31. (We have quite a few viewers in Germany!) What are you looking forward to about that tour?
I love touring in Germany, and I do it a lot. Germans have a wonderful curiosity for music and culture and will take a chance to go and see acts they’ve never heard before. And of course the food in Germany is great!

And sticking with the touring life, you’ve toured quite a bit internationally, including numerous performances in the U.S. What experiences stick out among your U.S. shows?
I am just amazed by the scenery in the U.S. I tour in a small ’89 Toyota motor home and that enables me to take routes where I can fit camping in between the gigs. Last tour I went to the national parks in southern Utah. It was breathtaking.

Let’s talk about your album, Paws of a Bear, for a bit. First, what went into the decision to produce it yourself?
I have produced all of my albums except for one. I guess I am quite comfortable in my own shoes, so I don’t need someone else to tell me what to do. Or maybe I’m just a control freak. Who knows?  😉

I’d really encourage everyone to give the album a listen: beautiful vocals and such a mellow, sweet sound. What was the impetus to go in such a mellow direction for this album? 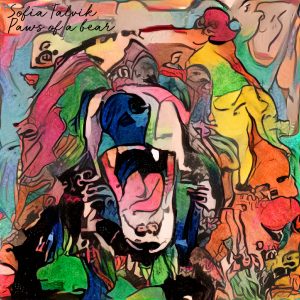 I sat down before I started recording and asked myself what I like to listen to myself. I realized a lot of the artists I listen to play very acoustic, stripped-down music, so that became my goal with the album. It’s really easy to get over-excited and keep adding and adding stuff when you record, so I really had to take a deep breath, step back, and contain myself.

This album is released on your own label, Makaki Music. What went into the decision years ago to create your own record label?
I released my first album on an indie label and soon realized that it wasn’t very hard to do what they did. I also feel like no one is ever going to work harder for you than yourself. I also like having the freedom to decide when and where I want to tour and when and how I want to write and record.

And finally, if we were to visit you in Sweden for a day, what would you show us to give us a taste of the country and your life there?
I would take you around Stockholm, our beautiful capital that is built on a series of islands. Maybe we’d go to see the Vasa Museum, which has an old ship that was sunk for hundreds of years and is now on display. Then I’d take you out for Swedish meatballs at a good restaurant, so you’d know it’s quite a different thing than what they serve you at IKEA. 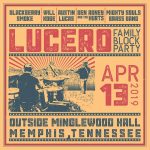 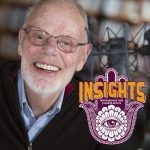 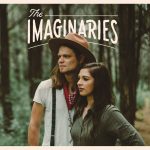 World Premiere Video: “Thinking ‘Bout You” by The Imaginaries…