You are here: Home / News / Americana Around the World: Signe Marie Rustad

As we continue our exploration of Americana music and its popularity across continents, we were able to catch up with Norwegian-born singer Signe Marie Rustad, who was raised on a farm in central Norway and now makes her home in Oslo. DittyTV Senior Editor Tim W. Jackson led the following Q&A with Rustad, which we’re happy to share with you now.

Before we talk about your new album releasing this fall, let’s talk a bit about how you got here. You were born and raised in central Norway but your mother is American. Your first album, Golden Town, referred to your mom’s hometown of Golden, Colorado. What can tell us about the varied international music influences you got from your parents?
Growing up, my mom would play a bunch of soul music on full blast in the kitchen. Lots of Marvin Gaye, Aretha Franklin, Sam & Dave, The Neville Brothers, Commodores. I also remember Dire Straits, The Beach Boys, and The Traveling Wilburys, and she would alternate between Randy Travis and Anita Baker in the car when she drove me back and forth to jazz ballet through elementary school. My dad occasionally played the accordion and would play more traditional Norwegian folk tunes, so he had that side of it—the musicality to play an instrument. But it was 100% the listening experience, how it made me feel, that was my approach to music, and it still is to this day—even in my songwriting. I kind of listen for when what I am writing will make me feel just the right way, very similar to when I am listening to music myself. When I was about 20, I discovered my mom’s vinyl collection, consisting of all the soul music, but also gems by Fleetwood Mac, Linda Ronstadt, Donovan, Joan Baez, Emmylou Harris, and the record that made me start contemplating being a songwriter myself: Joni Mitchell’s Ladies of the Canyon. 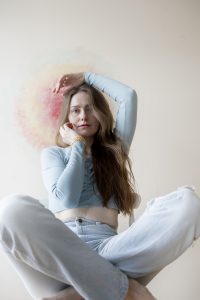 What do you remember about your decision to pursue music professionally?
I had just finished the Norwegian equivalent of college and was working as a production coordinator at a voice-over studio in Oslo. All my energy, time, and thought was going into this job, long hours, and stress. But, I could never get my heart into it—my heart was always in music—and I started to realize that I couldn’t change that. So, after some time of just feeling worse and worse, I came to terms with (the thought) that if I wanted to live a life where I could be somewhat true to myself and to the people around me, music was what I needed to pursue. I changed jobs to something far less demanding and started making my first record.

Americana music seems to be very popular in Norway right now. Is that a correct assessment, and, if so, do you attribute that to anything in particular?
That’s a good question. I don’t really have a good answer as to why a lot of Norwegians, in particular, seem to be drawn to this genre. But from a musician’s point of view, I can say that the “climate” for growth of the Americana-genre maybe never has been better. I feel like artists and musicians operating within it, in one form or the other, are a unit, pushing each other forward, cheering each other on, and making each other better. So, I think Americana as a genre is prospering and evolving partly because of that, in addition to the fact that this type of music seems to resonate with people in Norway—and in the other Nordic countries—in a way that is hard to explain with words.

Who are some of your favorite Norwegian Americana acts?
Louien, The Secret Sound of Dreamwalkers, Bendik Brænne, Malin Pettersen, The Northern Belle. Great performers and songwriters.

OK, let’s get to your upcoming record, When Words Flew Freely. What are some of the highlights you recall about recording that album?
Collaborating with Kenneth Ishak, who recorded, produced with me, and mixed the album, was a highlight in itself. I think he has the quality of being able to tap into the vision of the artist or band he has in the studio, and that really made me trust our creative process. A specific highlight was when I was getting to the point of wanting to scrap a song called “Not Without My Pen.” I just didn’t feel like we were going to get it. Kenneth calmly said, “OK, tomorrow I think we should just try such and such.” He kept the vision for the song going even when I was starting to doubt that we would be able to get there. And when we had finished the next day, I was just “Oh my god, YOU SAVED IT!” It turned out as one of the tracks I love the most on the album. Another highlight was the initial recording for the upcoming single, “Something Easier.” It was just my vocals and my guitar, recorded at the same time, and I can remember almost holding my breath while I was doing it, because as I was going it felt so right and I didn’t want to screw it up. We did one single take. I knew that was the one, and Kenneth said, “Have you been rehearsing, or what?!” That felt kind of good.

It’s being released on a new label called Die With Your Boots On Records, which happens to share a name with the first single from the album. So what can you tell us about the label and about the song and how they are related?
Back in 2018, the Oslo-based DJ-concept and booking team Die With Your Boots On—who earlier this year also became a record label—were celebrating their five-year anniversary. I wanted to write something in their honor, and I knew I wanted to call the song “Die With Your Boots On,” as kind of an ode to them. At the time, I hadn’t been able to write anything for three years, so I didn’t really know what to expect when I sat down with my guitar. But the words just kind of came flying, and the melody shaped itself around the lyrics, and as I was writing the song turned into a very personal testimony about the power of music. By the time I played the song live with my band at the anniversary gig, even though I announced it as a one-off performance, I knew it already meant too much to me personally to just leave it with that.

Your second single from the album is “Something Easier,” which releases in late September. What can you tell us about that song in advance of its release?
The verses for “Something Easier” were the last lyrics I wrote before a challenging time in my personal life hit me, and three years of writer’s block followed. Fast forward to 2018, I finished the song, writing the chorus as kind of an explanation, or summary, to myself about what had happened. The haunting—and, to me—unsettling humming that starts off and ends the song is my way of translating a feeling of uneasiness into the language of music. It reflects how I felt back when I first started writing the song. Despite the song’s birth through hopelessness, listening to it now makes me feel empowered.

What sort of touring plans do you have to support the album, and will you be coming to the U.S.?
I’ll be touring as much as possible in Norway after the release of the album Nov. 1. We are setting up that now, and hopefully, I’ll get the opportunity to go play in the U.S as well. That’s a goal and a big wish of mine, as it feels like my second home.

And finally, if you were going to put together a “perfect Norwegian day” for a visitor to the country, what would that include?
I’ll pick you up at the airport and take you on the two-hour drive back to the farm where I grew up, outside Elverum. On the way, we’ll stop for “Norway’s freshest sweet rolls” (boller) at a gas station where I usually stop with my band when we’re touring. Closer to my old home, we’ll take the old dirt road—by the way, this has to be mid-July—so you can see the flowers and the crops as we approach the farm. Hopefully, my mom will have made her special version of the moose dish “elghakk.” Then we’ll drive up to our “sæter,” a cabin up in the forest, and look at the view. You can see Glomma from there, Norway’s longest river, and it will make you feel like you are looking at a painting. From there, we’ll drive back to Oslo. We’ll make it there by evening, just in time to park the car and walk over to one of the coziest bars you’ll ever set foot in: Bonanza. I’ll buy you a beer and you can buy me a whiskey.

Sounds great. Hope to see you in Norway next July, Signe. And thanks so much for your time! 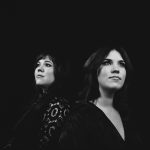 5 Questions with The Secret Sisters… 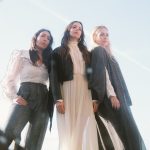 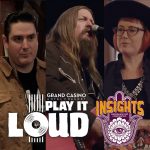