You are here: Home / News / Americana Around the World: Robert Vincent

For this segment of Americana Around the World, we’re heading to the city from which the initial British Invasion of music in America derived: Liverpool, England. Robert Vincent from Liverpool is an acclaimed new(ish) voice in Americana, having received the inaugural Emerging Artist Award from “Whispering” Bob Harris in 2016, who described Vincent as “absolutely magnetic.”

Vincent was born in nearby Crosby, and his upbringing in Liverpool immersed him with a very Merseyside culture of storytelling and language. Though his tastes are eclectic and his influences many, the Americana circuit continues to provide support and inspiration for him as an artist. And Vincent continues to stay dedicated to his craft. “I feel like I’m missing a trick if I don’t write every day because every day you’re different,” he says. “Constant movement, constantly writing as much as you can so you’re capturing different light and shade.”

To help you get to know this UK artist a bit better, DittyTV Senior Editor Tim W. Jackson reached across the Atlantic for this segment of Americana Around the World with Robert Vincent. Look for Vincent’s DittyTV Debut of the video for “Conundrum” Wednesday night at 11/10c on The Curve.

You were born near Liverpool and are based there now. What can you tell us about your early musical influences and when you first started playing music?
Local to where I grew up there is a pub called The Barbacoa. It was a meeting place for a lot of musicians, and they had a lot of gigs there. I grew up watching a lot of bands playing their own material, and it was a learning curve. I had my first live performances in that place. But there was always music everywhere in Liverpool. My folks and brothers introduced me to their tastes in music, I suppose. My father, country & blues and a lot of contemporary music; and my brothers 70s rock bands especially Pink Floyd and Led Zeppelin. Obviously, there was The Beatles, too, of course!

What can you tell us about the Americana scene in the UK? How strong is it, and who are some of the acts that we should know about?
It’s strong, and getting stronger all the time. It has certainly helped me. I think it gives musicians a bit of a home. Things are pretty tough being a musician these days. There is a young lady called Eleanor Nelly, coming through from Liverpool who I think is great. Such a talent for singing and writing great songs.

What were you doing professionally until your debut album was released in 2013—or were you always pursuing music as a career?
I was always pursuing a music career, but I was also working in construction. Just bad jobs that made you write the best songs you could in order to get out of there quicker.

In 2016, you received an Emerging Artist Award. How did your career start to evolve after that?
After Bob Harris gave me his inaugural Emerging Artist Award things changed for me a lot. Obviously with such a legendary name as Bob giving you his approval, things will change. It allowed me to have some focus for the album that I had been getting ready up until that point, as before that I hadn’t really much of a plan. It shows how quickly things can change in this industry.

And that brings us to your new album, In This Town You’re Owned, which releases in February. It was produced by Ethan Johns. So what can you tell us about the making of that album and other collaborators that brought the project to fruition?
Firstly, having Ethan produce the record was a huge thing for me. I have been a fan of his work as both a musician and a producer for a long time. One of the jobs I had in the past was working in a music store. By this point I had already been introduced to Ethan’s work through the early Ryan Adams albums, firstly Pneumonia by Whiskeytown, and then the solo records. But also Ray LaMontagne, Kings of Leon, so even back as far as then I had wanted to work with him. We recorded the album live straight to tape with the six of us in the room: Anna Corcoran – piano, vocals; Adrian Gautrey – guitar & keyboards; Jim Kimberley – drums; Robbie Taylor – fiddle, mandolin, and banjo; Danny Williams – bass, double bass. Ethan also jumped in on most tracks. We did very little rehearsal, so it was a case of us all reacting to each other in the room. Also, a huge mention to Dom Monks, who is Ethan’s long time engineer. Between the two of them, the sonic results are incredible. 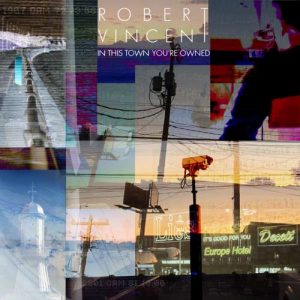 This album clearly has a lot of thoughts about the state of the world right now, which can be seen in songs such as “Conundrum,” “This Town,” “My Neighbour’s Ghost,” “End of the War,” “The Kids Don’t Dig God Anymore,” and others. Can you put us in your mind a bit during the writing of the songs on this album and let us know, we’ll say, the conundrums you were contemplating?
I felt hugely inspired to write these songs with the current state of the world in mind. It is largely about division and having seen the results of that before the lessons we have not learned from the past, especially in “End of The War.” “The Kids Don’t Dig God Anymore’ is more about lack of faith of there being some kind of happy spiritual outcome. There usually is, but at this moment, like never before, “they”—whomever “they” may be—have managed to turn people on each other and distracted us from the real issues, which I think is unprecedented. I see this as mainly due to social media and manipulation of people through that medium. It’s new territory, and we have to not let this own us. That’s where the title of the album came from. I believe the large majority of people in the world are genuinely good people, but we have all been owned a little by our media.

You have several UK dates planned this spring, but do you have plans to tour outside the UK, and might we see you in the U.S. at some point?
Yeah, for sure. I’m really looking forward to being out there later in the year. Now that I’m with Thirty Tigers, there will be some shows over there. I love coming over and do travel over a couple of times a year anyway, so either way I’ll be there.

Obviously with American audiences, when we hear “Liverpool” we immediately think of a little quartet that came out of that city 60 years ago. But what can you tell us about Liverpool now? If we came to visit, where would we go and what would we do?
Liverpool is still a great musical city, and music is the backbone of what happens here. It is a great city with lots of great things to do and see. It’s always worth getting involved with The Beatles pilgrimage and seeing where they grew up.

Alongside the music, it has a great nightlife: bars, restaurants. The arts and museums are also worth checking out. We now have a link with the U.S. as Liverpool FC are now owned by the owners of The Boston Red Sox Fenway Sports Group and have been doing great things for the city. So fingers crossed being a Liverpool FC fan. We are well on track to winning our first league title in 30 years. Although at this moment, I’m not getting too carried away.

View the video for “My Neighbour’s Ghost” from Vincent’s new album here. 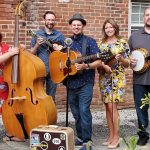 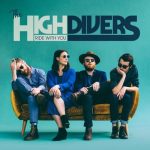 5 Questions with The High Divers… 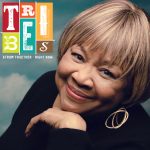