You are here: Home / News / Americana Around the World: Norway’s Sweetheart 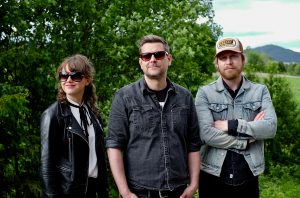 For those in the United States, you may not realize that Americana music is big across the globe. It seems a bit of an oxymoron, “international Americana music” but it’s a thing. DittyTV has a substantial global audience so we know that folks around the world love the Americana and Roots music that we play 24 hours a day, seven days a week.

We play videos from international acts and we want to let you know some of those acts a bit better. We’re starting this occasional series with a band from Oslo, Norway, named Sweetheart. The group has a new video for the song “Ghosts,” which you can see on DittyTV.

We caught up with John-Arne Ø. Gundersen of Sweetheart who answered a few questions so that you can get to know the group better.

First, let’s get some background on the band. Currently, the lineup is you, John-Arne Ø. Gundersen, plus Frode Bjørnstad and Anne Mette Hårdnes. But Sweetheart started as an alt-country band back in 2003. What can you tell us about the lineup back then and what kind of music you played?
Sweetheart actually started as a trio, with acoustic guitar, lap steel, piano, and fiddle. It was quite quiet, similar to today. But after a couple of small concerts we were having our first “major” gig in Oslo. It was then we brought in two more guys, playing drums and bass. I think we only had two to three weeks to practice before that show. The place was packed, with over a hundred people. At least that’s how I remember it. After that we started to play more rock. Although we always brought the quiet and sad songs to our concerts, we used more and more electric guitars. Maybe that is what tore us apart.

The band broke up in 2005 and finally reformed as a trio in 2018. What can you tell us about the evolution of the band from 2003 until now? And why did it take 13 years to reunite?
If we knew the answer to that, it probably would not have taken 13 years. Why does time pass by so fast? Suddenly 13 years was gone. We got kids, cars with big trunks, mortgages, houses, wives, moved to different cities, watched Netflix. You know. Frode Bjørnstad, one of the original members of Sweetheart, has been involved in a couple of other bands in the meantime, but I actually barely opened my guitar case for 13 years. Except when I played at a couple of weddings, including my own, and that one time the band got together again at my birthday party when I turned 30. There has been three or four text messages between the members of the band during those 13 years, but nothing materialized, until Frode and I met randomly at a concert in 2017. A year after that we rehearsed for the first time and Mette joined us, and we are so grateful for that. She is actually a lawyer at daytime, so we keep things legit. Things just started happening again, and we are back as a trio. It’s easier to travel, less to carry. We’ve thrown out the electric guitars, but kept the pedal steel. The rest is acoustic and quiet and sad and melodic.

What can you tell us in general about the popularity of Americana music in Norway?
America has always fascinated Norwegians. Perhaps because so many of us at one time emigrated to the U.S., and the ones who came back, brought back something with them. Perhaps it’s all the movies we’ve seen, the music we heard. I don’t know. Someone told me that Norway must be the country in the world, considering the population, with the highest concentration of Americana fans and artists. I think that is true. Americana rolls over Norway in big waves, perhaps with 5-10 years between each wave, and now there is a new wave ongoing, with some great bands getting international attention, such as Darling West, The Northern Belle, Ida Jenshus, Malin Pettersen, Silver Lining, and Louien. Hopefully we can ride that wave just a tiny bit ourselves. 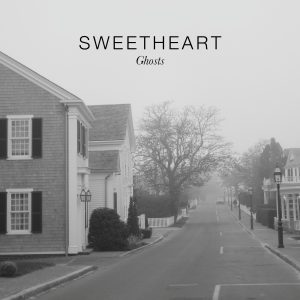 Your newest single is “Ghosts,” but you have two other current songs available: “Little Darling, part 2” and “When I Need You the Most.” What can you tell us about the recording of those three songs?
“Ghosts” was recorded the day after I wrote it. It was a Sunday morning, and we brought some microphones and a computer and guitars to a stage where Frode is working. Lucky for us there is a Steinway there as well. Frode often says: “I like it fresh.” So that’s what we did. We did not rehearse, just recorded for a couple of hours. And that was it. When we were packing up, we decided to record one more song. Then we recorded ‘When I Need You The Most.” I wrote that in 2005, I think, living alone in a small flat in the center of Oslo, on a shady street, looking out my window, right into another brick building. Must have been an utterly dark and shitty weekend. Probably raining. Everything feels better now, but the songs aren’t happier.

Sweetheart is signed to Mother Likes It Records. What can you tell us about being part of that organization? 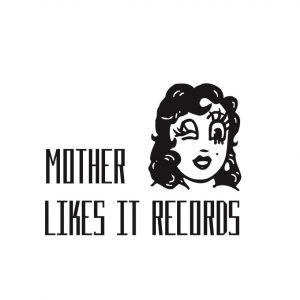 Mother Likes It Records is the best thing that could have happened to us. They believe in us, and we believe in them. It is an up and coming record label with many great bands. I probably also should mention that Mette, the lawyer that plays piano and sings in Sweetheart, also is one of the founders of Mother Likes It. She is working hard for us. We sometimes just call her The Company.

Now that your new single has been released, what sort of touring plans do you have?
We have played some festivals and shows in and around Oslo this summer. In August we are playing at a club (John Dee) at one of the largest music festivals in Norway, ØyaFestival, and we are really looking forward to it. It’s kind of full circle for us as well. We actually played that exact same stage, at the same festival, some 15 years ago. So, some things will happen again, if you try hard and if you want it to! After that we are planning a small tour in southern Norway.

Thanks for taking the time to speak with DittyTV. One more question: Suppose I fly into Oslo and plan to spend a week in Norway with you guys? I’ve never been there. What would you put on our agenda for the week?
Take a ferry out the islands, swim, go to the museum to see the paintings of Munch, have some beers in Torggata, have some beers at Grünerløkka, walk through the woods up to Grefsenkollen where you can see the fiord and the entire city, if you have not passed out by the hike, go to a concert at Rockefeller, John Dee, Sentrum Scene or Vulkan. It’s going to be awesome. But expensive. Of course.