1) Take the ferry to Algiers. Catch a show at Old Point Bar 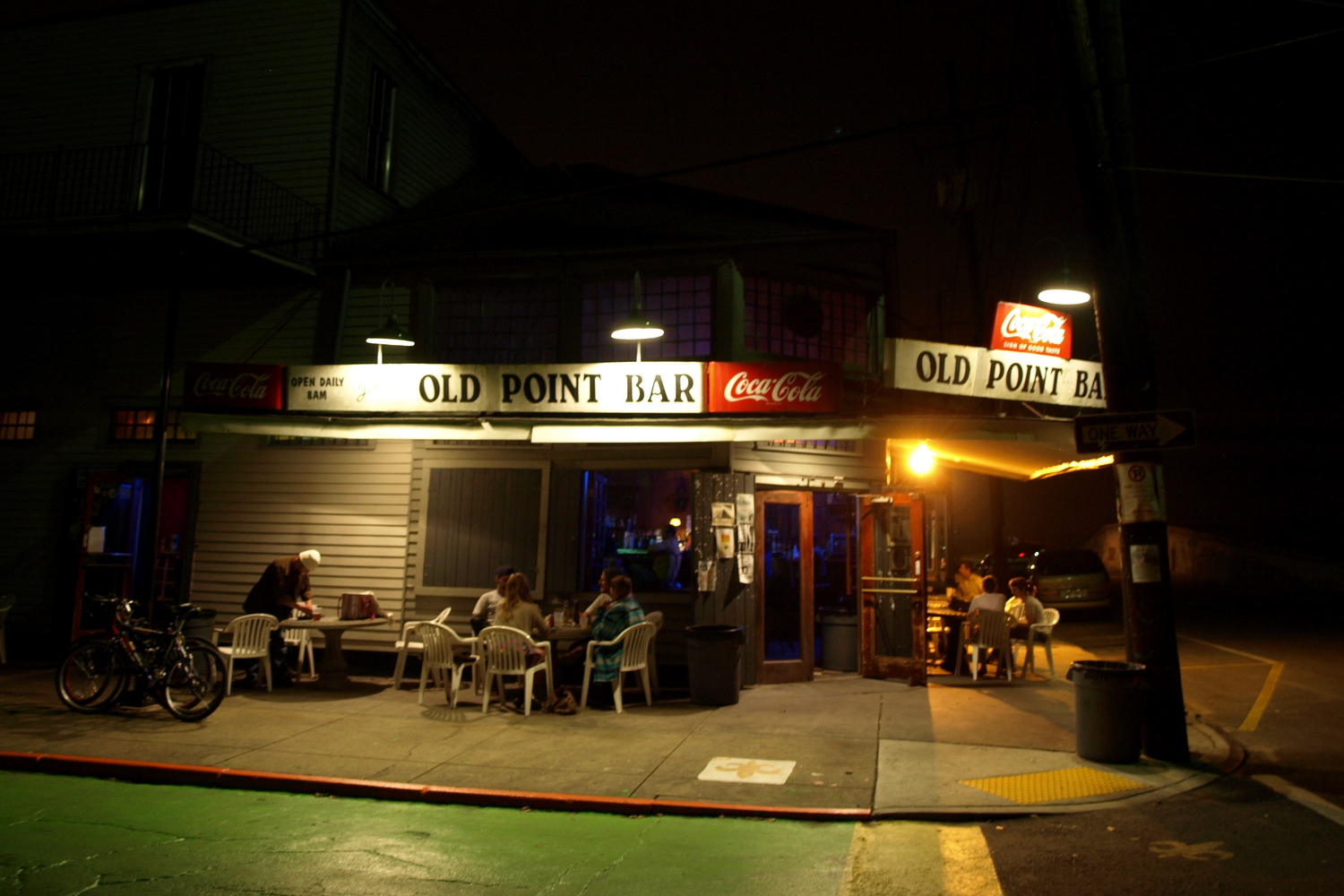 In an effort to dodge the maddening crowds, I’d welcome a trip to Old Point to catch a show during the Jazz Fest mele, myself. They used to run the Algiers ferry all night, and back then, there was no better late night commute. I’d say it remains the finest $2 ride in town with a view of the city from the Mississippi and an impressive trip from bank to bank.

The final trip from Canal street across to Algiers is at 9:45 pm, so you may have to take a rideshare back to the city, but it’s well worth it. Algiers is sort of the ‘Brooklyn’ of New Orleans, still relatively untouched by the glut of tourists, and the Old Point Bar is a perfect venue/dive bar to catch some of New Orleans’ stalwart gigging bands. 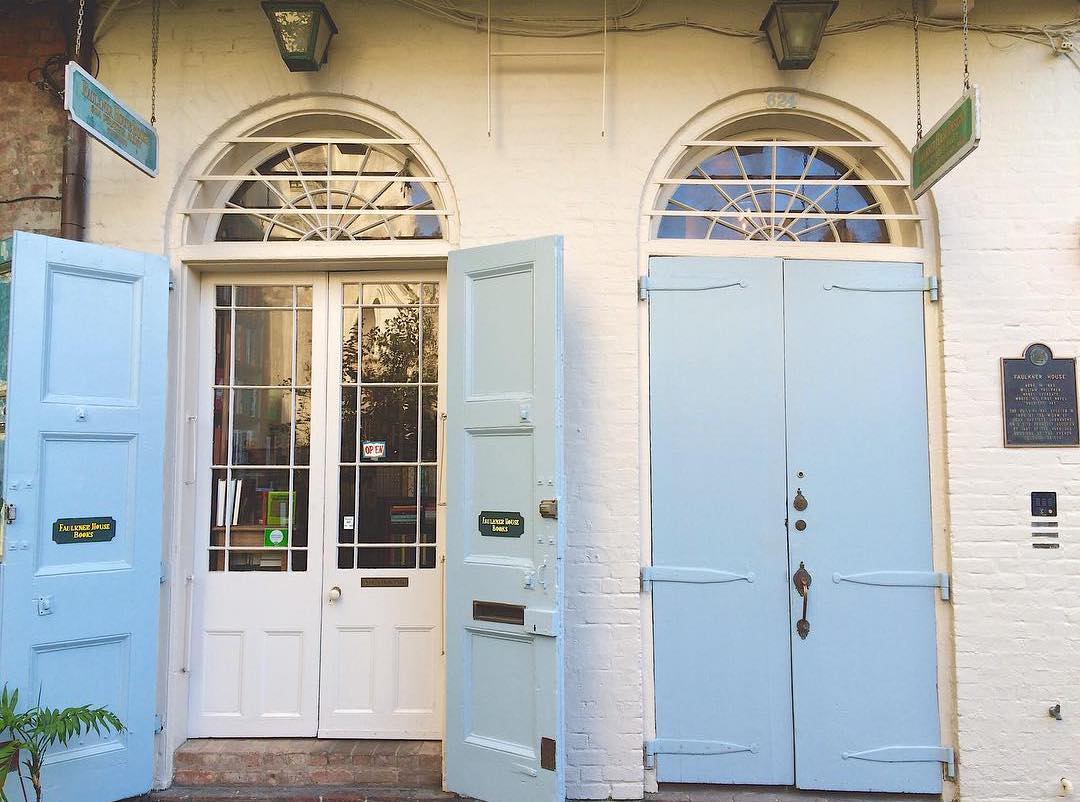 Faulkner House Books ain’t a music destination, but it is the chief reason I’m still enchanted by the French Quarter around Jackson Square. The book shop is located in an alley next to St. Louis Cathedral, and resides in what was William Faulkner’s apartment during his time in New Orleans where he’d write for the local paper and for his first novel, Soldier’s Pay.

I picked up a copy of New Orleans Sketches by Faulkner at the shop a few years ago. I love buying books where they were written, but in the same house it was written?? I love that. It’s a quick read full of short stories and vignettes of the city from way back when. After reading it, it was like the tourist traps fell away and I was more aware of just how much the old town of this city is still intact, and the ‘characters’ aren’t all that different either. They’ll have New Orleans Sketches somewhere right up front. Pick up a copy, and read it in the morning in Jackson Square or along the river, and watch the city come alive.

3) Frenchmen Street at dusk, and a walk along Crescent Park to the Marigny/Bywater 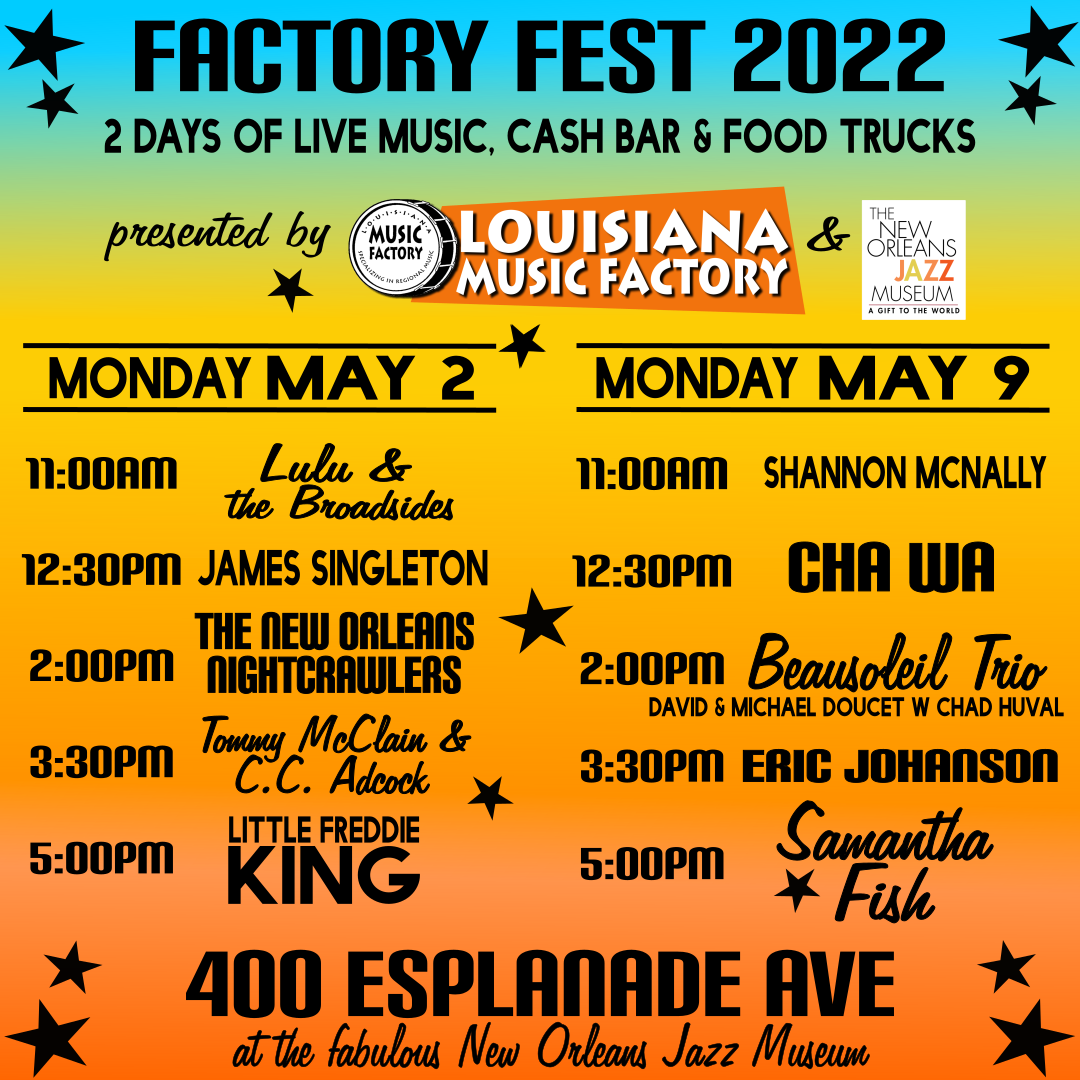 Frenchmen Street will be slammed with tourists at night, but it’s the epicenter for the local gigging musician, and it will be so by 3 pm onward during Jazz Fest. Louisiana Music Factory is the most artist-friendly music store in town with all the local records and a stage inside the shop with shows all afternoon during Jazz Fest.

As the sun gets lowered, I’d cross Elysian Fields and climb the catwalk that’ll bring you to the beginning of Crescent Park’s walking path along the river. It’s certainly one of the best views of the river, and the walk down river will put you in the Marigny/Bywater area where several venues will have great shows going on: BJ’s, Vaughan’s, Bacchanal, to name a few. 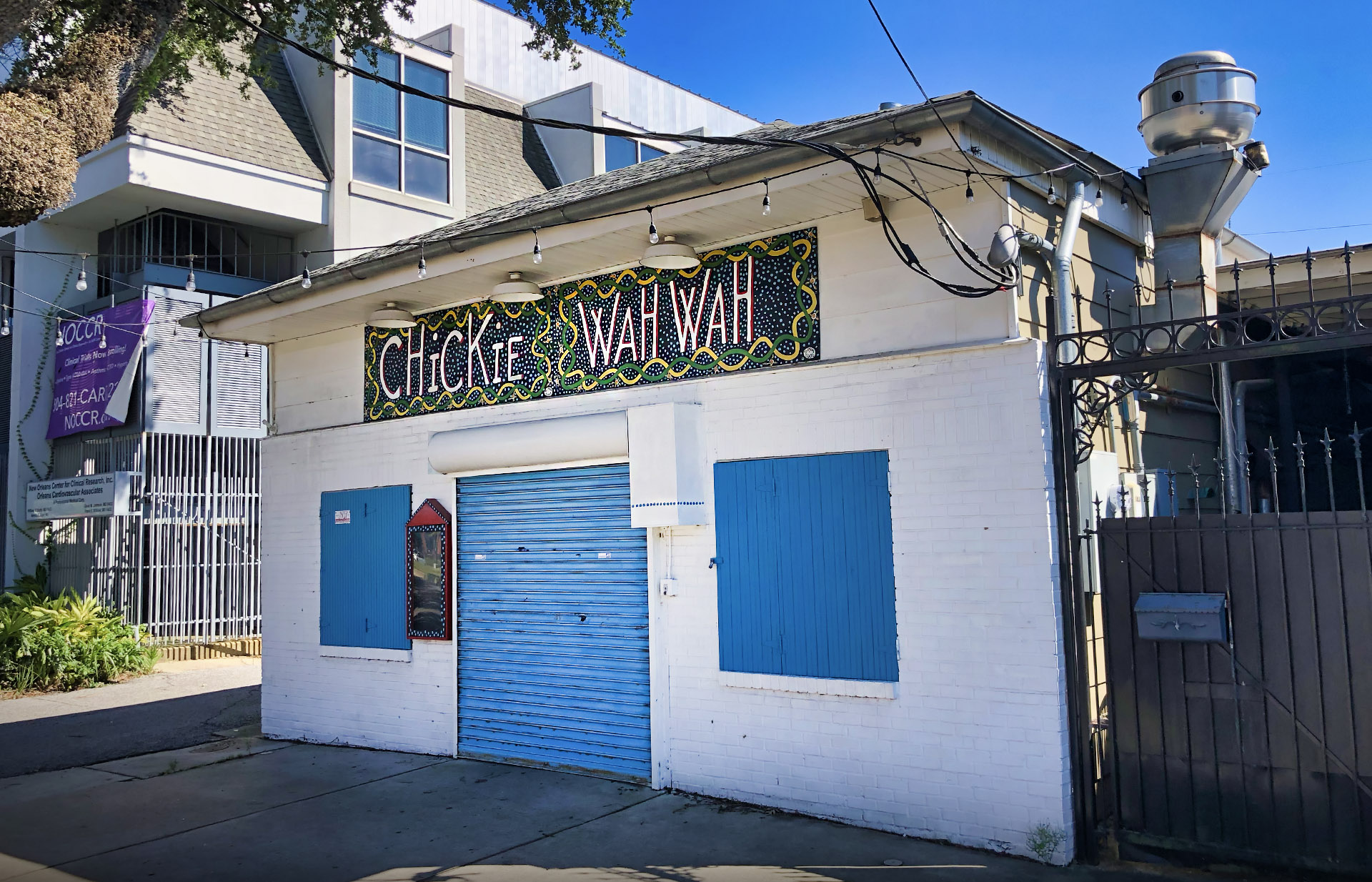 As a songwriter type, I’ve enjoyed playing in the mellow confines of Chickie Wah Wah very much over the years. It’s on Canal Street, so you could take a streetcar from downtown right to the Chickie front door.

Thing is, the former owner passed away, and Chickie’s up for sale. Word on the street is whoever buys it may have better reasons to move on from the music venue than to keep it intact, so I’ll be looking to catch a show there over the Jazz Fest weekends in the event it might just be a last goodbye.

5) Find a show at The Music Box Village 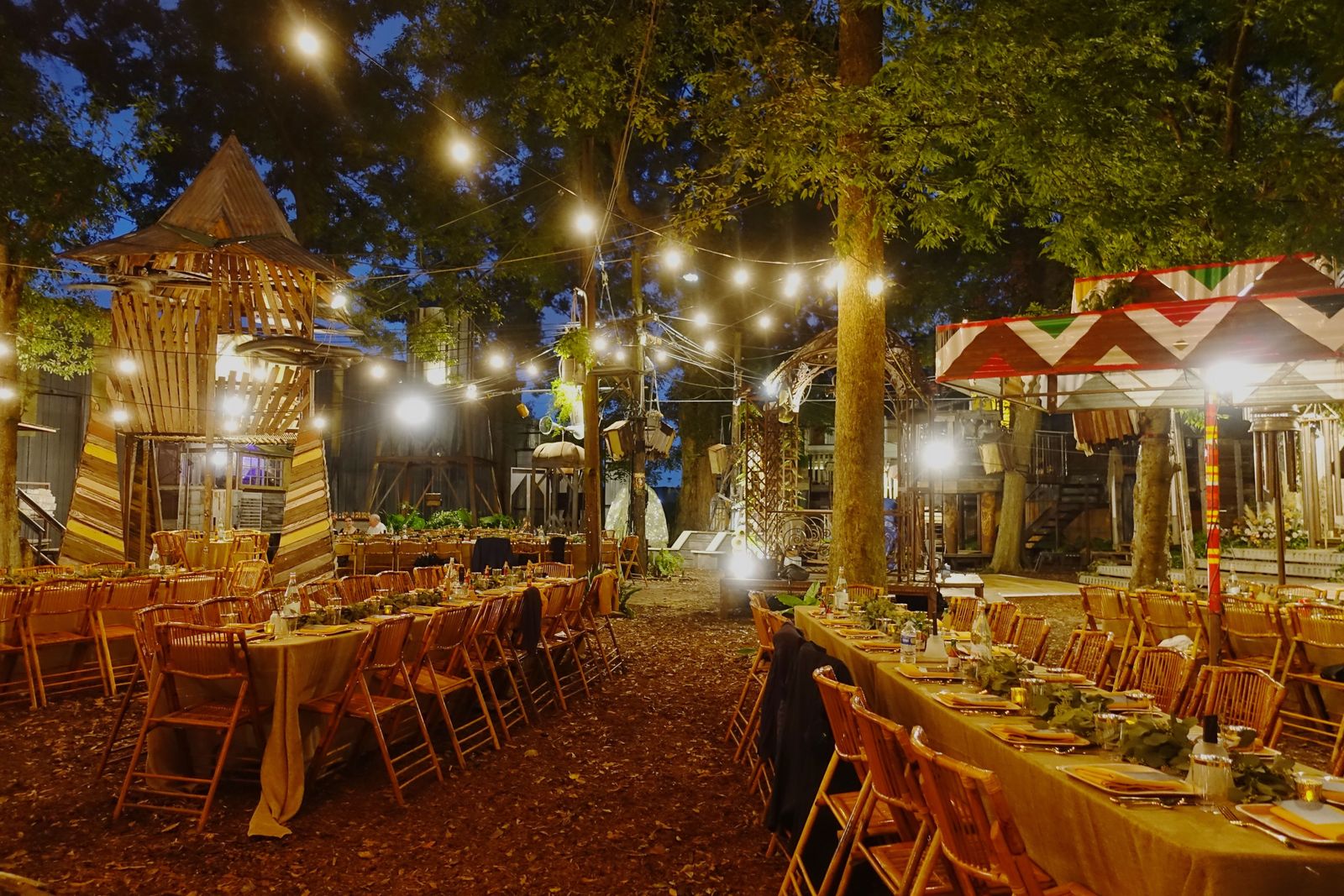 The Music Box Village is a series of structures that are, themselves, interactive musical instruments. It was a post-Katrina project by New Orleans Airlift to create ‘musical architecture’ and invite musicians to perform and be inspired to make music with the buildings.

It’s been a revelation every time to go see a local musician or band create in the village because they’re performing a show with these structures and contraptions and getting out of their comfort zones of the usual means of making their music. ‘Whimsical’ is an understatement. Even if it’s an artist you’ve seen before, you ain’t seen em this way. 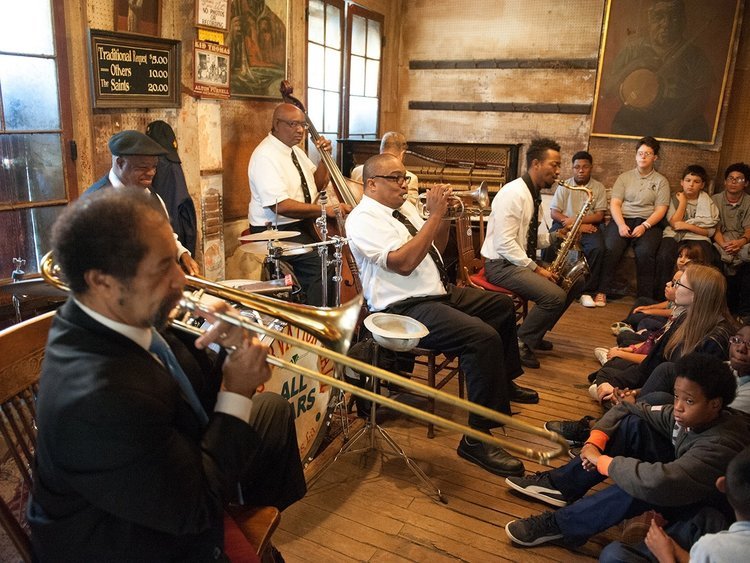 Sure, it’ll be on many a tourist’s list. This one ain’t a secret and brings you dangerously close to Bourbon Street, but fact of the matter is, Preservation Hall and the Pres Hall Jazz Band remain a beating pulse of what New Orleans is and has been for a very long time. They’ll have collaborations with other artists and late night secret gigs in there all festival long, I’m sure.

If you hear about a secret show at Pres Hall or even if you had to brave the madding crowd for their regular schedule, it’d be worth it.

7) An Evening in the Riverbend: Carrollton Station and The Maple Leaf 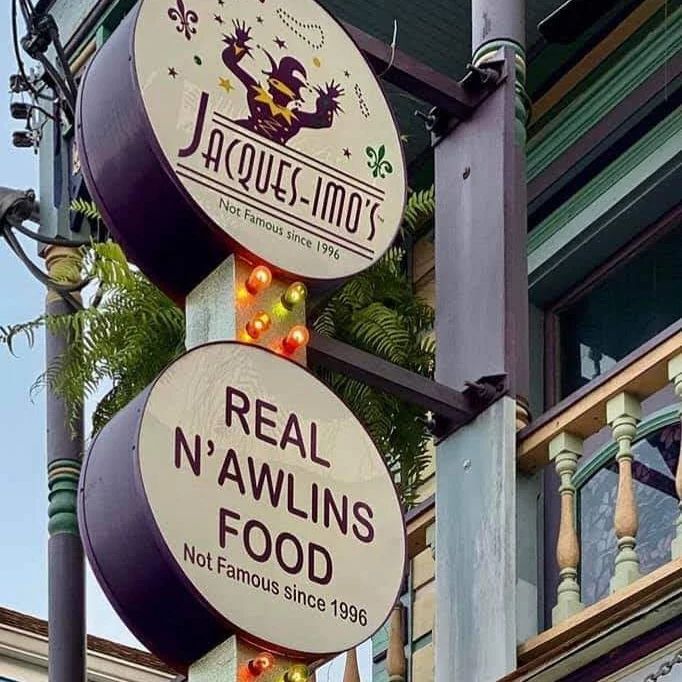 The Riverbend area along Carrollton Avenue is a long but doable streetcar trip from downtown, just long enough that the fickle tourists might thin out for some really great shows at Carrollton Station and the Maple Leaf as well as a fine choice for local fare at Jacques Imo’s.

You’ll need some time for Jacques Imo’s because I don’t believe they take reso’s, and many out of towners would choose the spot for their ‘one local meal.’ Next door to Jaques Imo’s is the Maple Leaf, and a couple blocks over on Willow is Carrollton Station. Both have killer music schedules all fest long.

8) For the Morning People – BreakFest – at Broadside Outdoor Theater

There are oodles of late night shows, but The Broadside Outdoor Theater hosts the one pre-fest music event complete with complimentary breakfast by a who’s who of local purveyors. The event is from 8 am-12noon on both Sundays, May 1st and May 8th, and if you’re planning on breakfast before Jazz Fest anyway, this is foolproof.

Imagine sitting in an adirondack chair with your full of brekky, coffee, mimosa, listening to great local acts before most folks have figured out what shoes to put on. If you’re into yoga, the event kicks off at 8 am with a yoga class accompanied by a live string quartet. You may have to set an alarm for this one, but you’ll be glad you did.

9) Crawfish boils – they’re only one new friend away 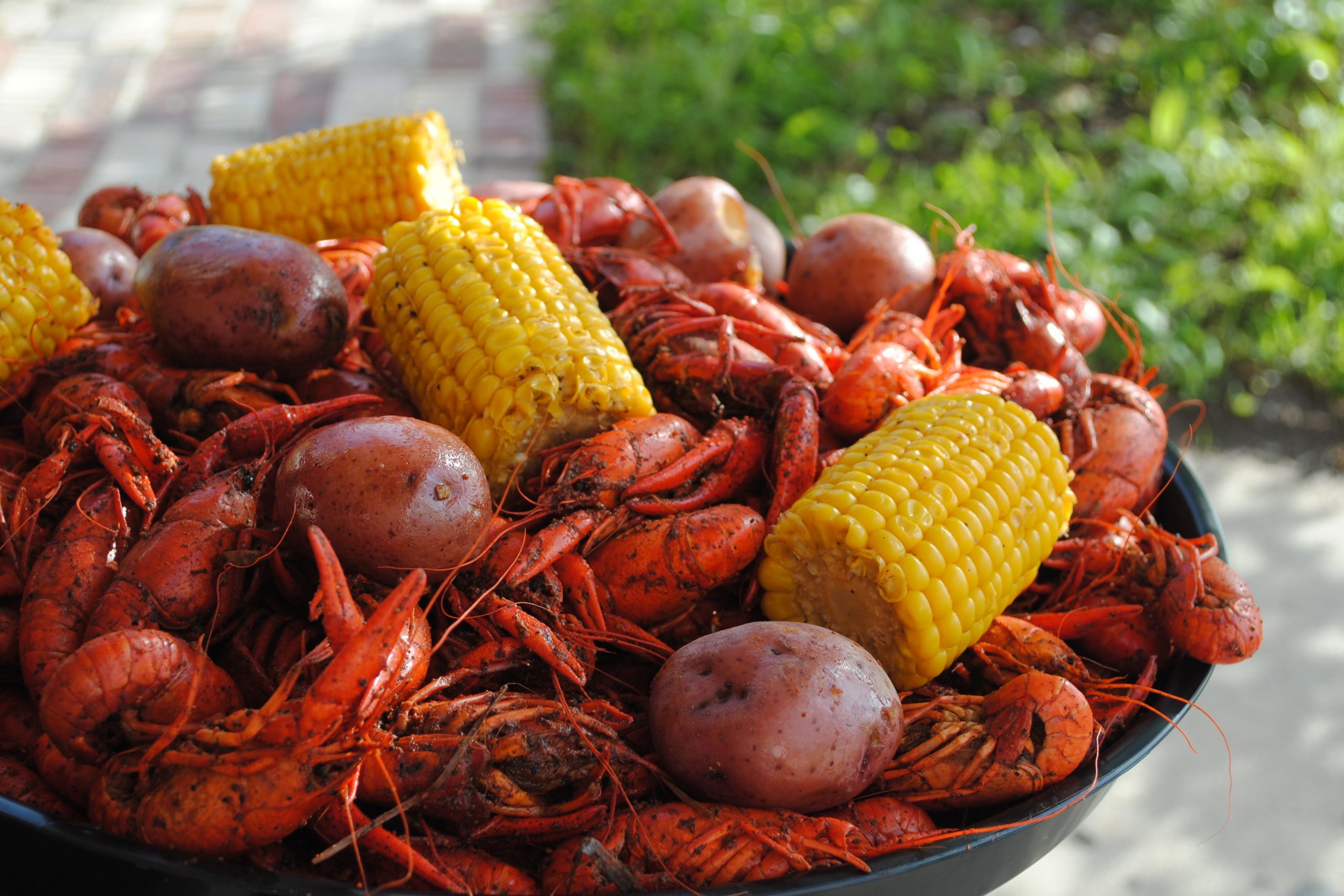 Make a friend. Wherever you can. Why? Because word of mouth is where the good stuff is. Not just the ‘secret shows’ and crawfish boils, but maybe… actual friends! I can’t tell you how many stories I’ve heard or could come up with myself about the friends “we met during Jazz Fest.” New Orleans is an easy place to talk to a stranger, and it’s never more acute than during the Fests. So strike up conversations, shoot the breeze beyond your comfort zone, and you just might be delighted by the result. I don’t want to jinx it for you, but sure, you might even get invited to a crawfish boil somewhere.

Ordering crawfish at a restaurant is just a get-me-over fix. A homegrown crawfish boil in someone’s backyard is the spice of New Orleans hospitality. We’re talking about tables stretched out in the grass, Professor Longhair and Toussaint playing through the stereo, and the cajun cornucopia of mudbugs, sausage, taters, and you name it spilled out across the newspaper with friends and strangers reveling in the joy and abundance of it all. Hospitality abounds during Jazz Fest, so don’t hesitate to share your story with a stranger, and you’ll be amazed at what strangers will share with you.