You are here: Home / News / 5 Questions with Tower of Power 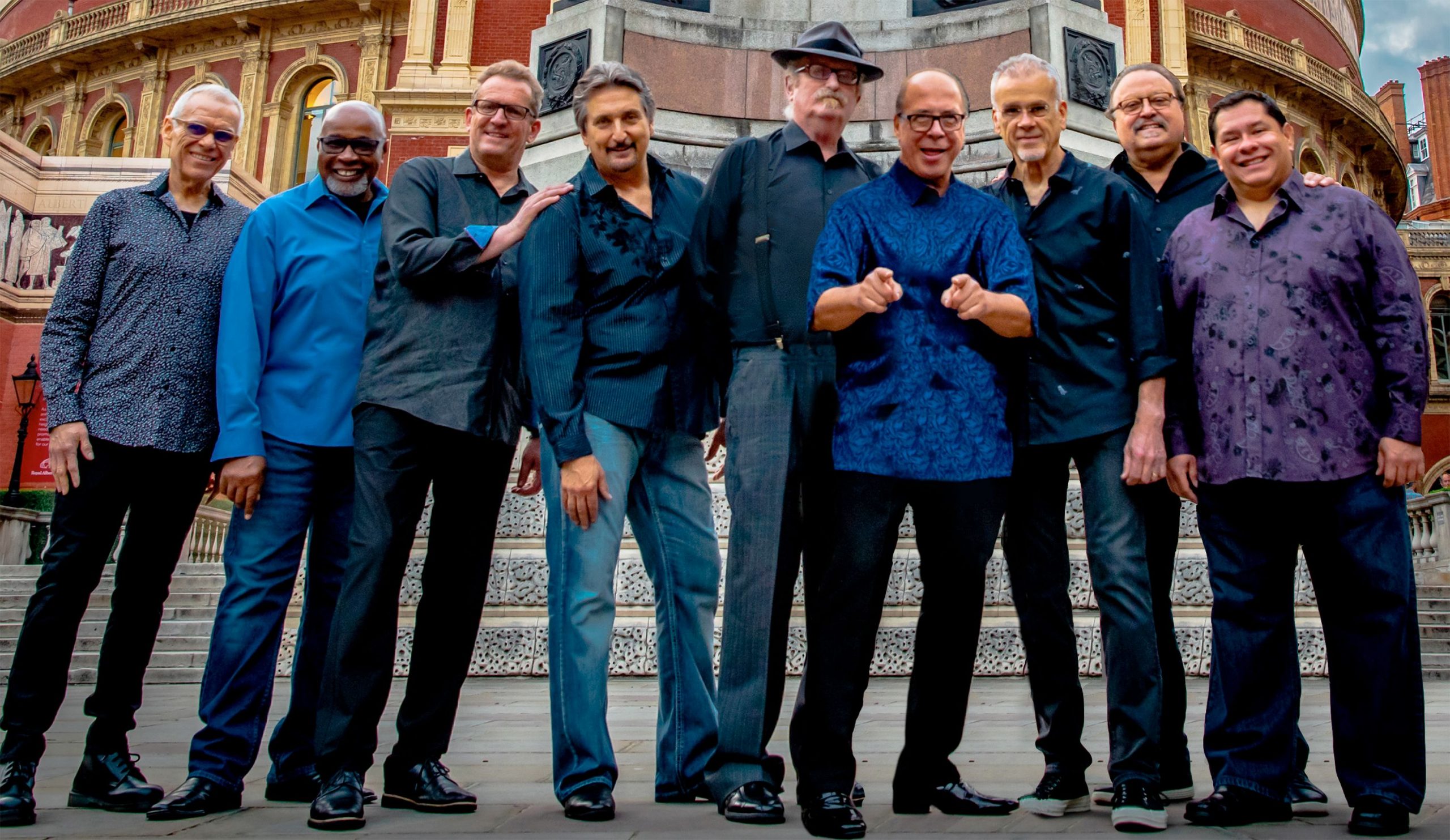 On March 26th, Tower of Power, a band that emerged in the late ’60s playing a dynamic blend of horn-driven R&B, soul, funk, and pop, released its new album 50 Years of Funk & Soul – Live at the Fox Theater. We asked members of the band 5 Questions about that new record, whether the Biden administration will make “Soul Vaccination” its official anthem, and more.

1) Your new album 50 Years of Funk & Soul – Live at the Fox Theater was released on March 26th. How would you describe the feeling of making it 50 years in music, and what were those two nights at the Fox Theater like, playing to your hometown while making a live album? 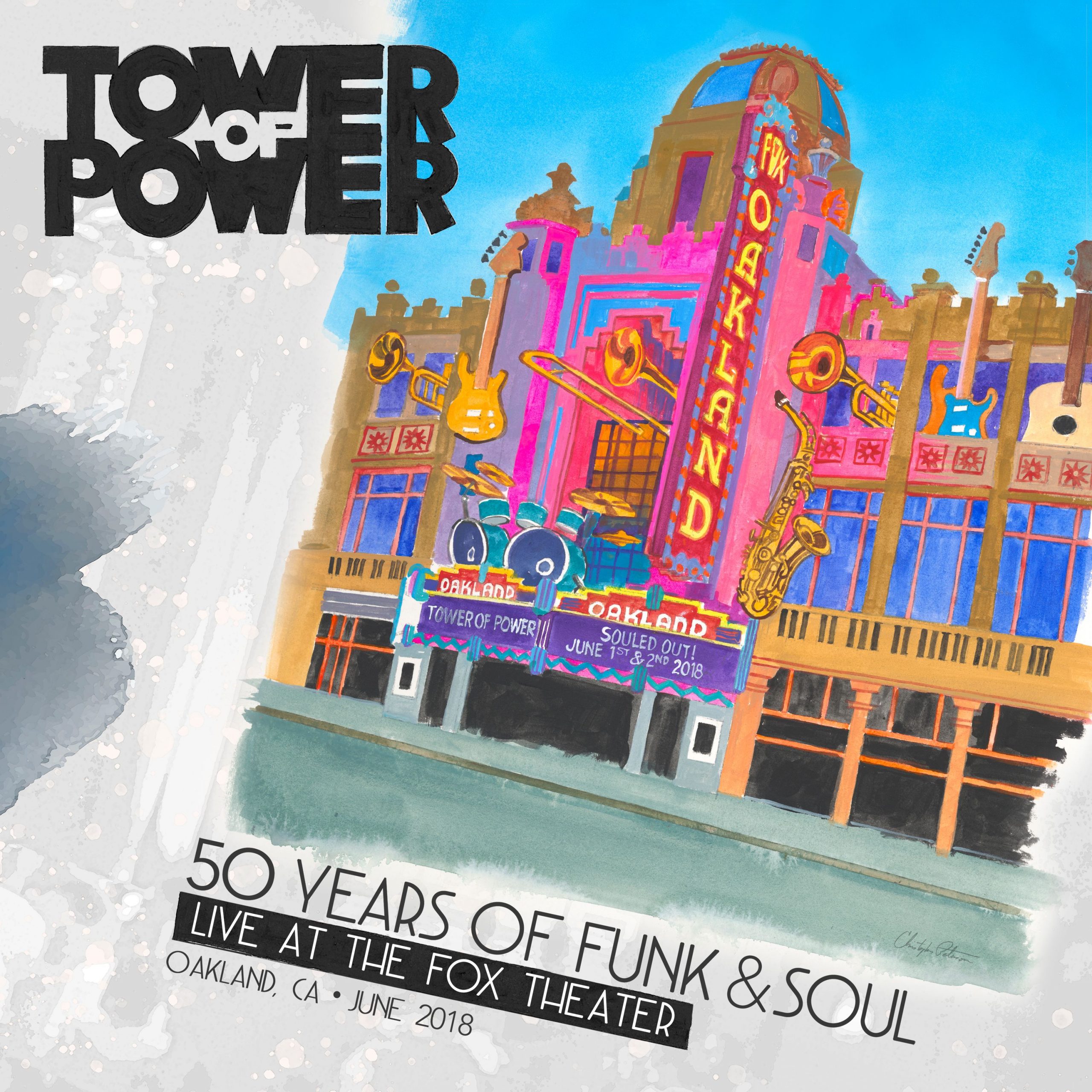 EC: That was a one-of-a-kind experience. The whole week; practicing with our alumni (Lenny Pickett, Chester Thompson, Bruce Conte, Ray Greene, and, of course, Rocco) was surreal. The mayor had declared that Thursday Tower of Power Day and we had old friends fly in and hang out; just amazing. The gig was completely off the chart!!! An electric crowd packed the venue and their energy fueled us to play at the top level. I felt like I was levitating the whole time.

DG: As I look back on the entire experience, which for us lasted several months preparing, rehearsing and gearing up for our biggest night, I ask myself, “how did I do that?!” Without a doubt, it was the hardest I’ve ever worked as a member of Tower of Power, which says a lot because we have a history of working hard. I look at the video and see how it looks and sounds and I’m so thankful to be a part of such a great team of talented and committed people. Events like this only happen because there’s people working together to make it happen, and that’s what TOP is…all about doing something together.

DK: It was a thrill doing that show in our hometown. Very exciting, very electric, and very nostalgic playing there so close to the On Broadway nightclub where we started out.

2) As veterans of the Oakland music scene, specifically the East Bay (as your debut album East Bay Grease proudly denoted), how has Oakland musically evolved over the last 50 years and how would you describe where it’s at right now? 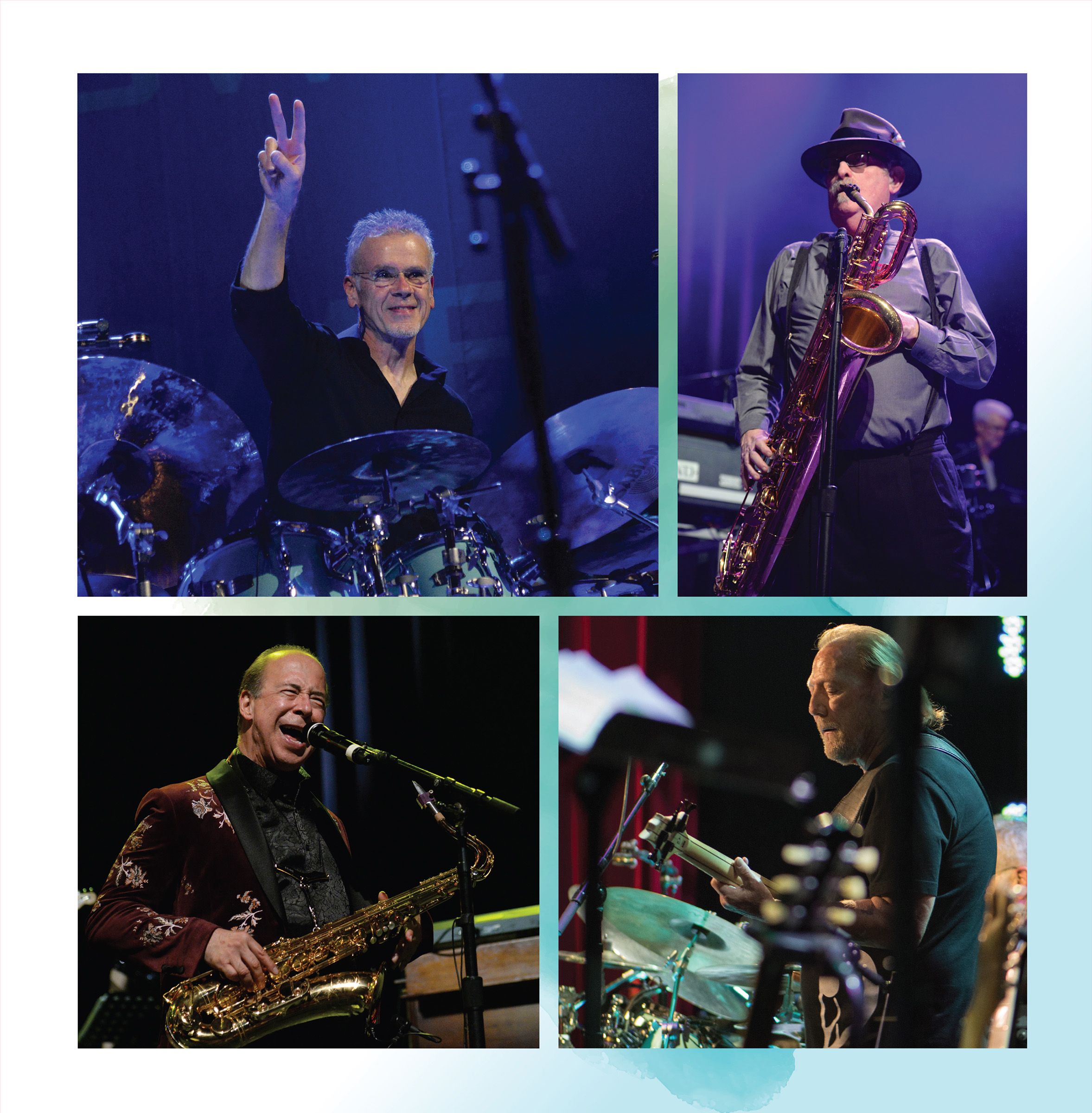 EC: Oakland has always been a soul music hotspot and a great city for jazz and Latin as well. Countless great artists have come from our hometown and they just keep coming, always with cutting-edge creativity. I see the current music scene there as totally healthy and vibrant; very creative!!!

DG: Honestly, it’s very different. During the years when we were building the band and lived here, there was a vibrant and powerful artist community, fueled by the scene that Bill Graham created. There were many venues to play, lots of bands and some very unique artists in all styles. Plus, the music here was the voice of a societal movement. As you know, things are much different today…that being said, Oakland is our home and we love it.

DK: Oakland started out with Sly Stone and us, and later on Metallica. Where it is now is pretty much gone the way of rap.

3) A question for Emilio Castillo only: When it comes to being a working musician with longevity, B.B. King is someone you reference as a role model. You’ve also said that Memphis, where King got his start and made his home, holds a special place for you. What was it about B.B. King, and what is it about Memphis that inspires you? On top of that, is there a favorite B.B. King song or memory that you’d like to share?

EC: When I was 16 yrs old I went to see BB King at a club near my home and, after the show, he came out and spoke to my brother and me for over 3 hrs. He was so generous with himself; answering every question we had and then some. 50 years later I sent my 3 kids and their mom to go see him and he did the same thing; signed their guitar and gave them autographs and talked for over 2 hrs. When Tower of Power toured with him in the early 2000s, I’d watch him come off the bus and barely be able to get up on stage without help, but when he put on his guitar (Lucille) he came alive and performed with the energy of a young man for over 2 hrs. I told myself then that he’s my role model. He played live until he left this world and I’d like to follow in his footsteps. We recorded our album Bump City in Memphis with Steve Cropper and Ronnie Capone and used to go on dinner breaks to a place they recommended called the Rib Shack. We’d get our steak & biscuits and go park in front of Graceland and eat parked out in front and wonder what Elvis was doing in there. Memphis is very special to me.

4) We heard a Triple Threat’s on tap: Triple Vinyl, Double CD, and DVD combo. What can you tell us?

EC: Yes, there are 3 packages available and streaming across the board as well. In particular, the triple vinyl cuz Mack Ave Records is actually world-renowned for their super high-quality vinyl and we’re very happy about that.

DG: This is a super TOP music package…when we were planning this event, we wanted it to be a lot different than our 40th Anniversary, which was a jam and we invited all the past band members to come play. We had lots of fun doing that. This time we decided to do what turned out to be the Tower of Power Orchestra! We invited a few key alums to play in the band, Lenny Pickett, Chester Thompson, Ray Greene…plus a string section. Bruce Conte and Rocco had guest spots…and we prepared a select list of songs to perform.

Over the months preceding the shows, we were crazy touring, so any rehearsals had to be done on the road. Generally, on show days, we do a soundcheck/rehearsal in the late afternoon at the venue where we’re to perform that evening. Those soundchecks became rehearsals. As we would get each song gig-ready, we would then add them to our live show, so that when the big day arrived, the songs would be polished. The new recording documents those songs and the tremendous job that Joe Vannelli did in painstakingly mixing everything and shaping it into something that represents us and our 50 year journey. We’re very proud of it.

DK: Word is that vinyl sells better than CD’s now, so it behooves us to do this triple threat sale of Vinyl/CD/DVD combo, hopefully they all will sell.

5) Do you think the Biden administration should quit playing games and make “Soul Vaccination” the official song of its “Vaccine Campaign?”

EC: Yes, yes, and yes again!!! I wrote this just the other day:
“The Tower of Power song ‘Soul Vaccination’ proudly proclaims:
Soul Vaccination for mo’ better health, it’s part of our soul protection plan
Get ready for the injection, to cut down on the infection cuz
The serum we got is soul perfection”

Since America rolled out its $1billion dollar campaign to get every American vaccinated by May 1st, people all across the nation have been getting in line and rolling up their sleeves for their COVID19 ‘Soul Vaccination’ in their efforts to come out of this pandemic.”

DG: That’s quite a thought, but honestly, that makes no difference to me. Not a bad idea though!

DK: “Soul Vaccination” would be a great official song of the vaccine campaign. I hope people in positions of power realize that and make it happen.