You are here: Home / News / 5 Questions with The Sea The Sea 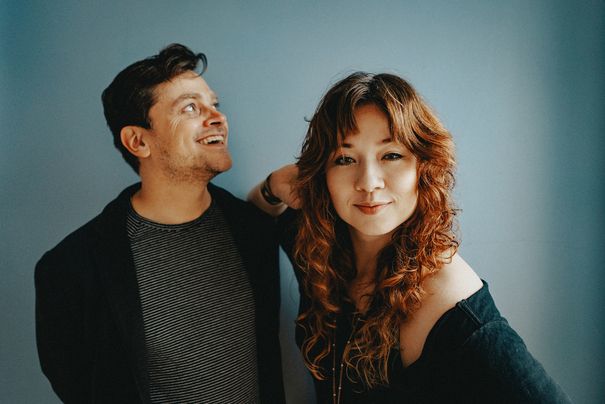 The name, The Sea The Sea is borrowed from ancient Greece writer (and pupil of Socrates) Xenophon’s Anabasis and describes the Greek soldiers’ cry of joy when returning home from battle. Chuck and Mira Costa, the indie folk-pop duo known as The Sea The Sea have a new single, which we recently featured on our Ditty Dozen Spotify playlist, and will be releasing a new album in August.

DittyTV Senior Editor Tim W. Jackson fell in love with the harmonies of this duo and wanted to find out more about their music with a 5 Questions segment.

1) First, can you offer us a bit of background? I know you’re based in Upstate New York, but where did y’all connect and when did you first start playing music together?
We met at a music festival in Shepherdstown, W.Va. Mira is originally from Charleston, W.Va., and Chuck is originally from New York City. Chuck was a contestant in a songwriting contest as part of the festival, and Mira was stage managing the stage where he was performing. We connected that day, and then a few weeks later Mira ventured out into her first open mic (at Club Passim in Cambridge, Mass.), and walked through the doors of the club and Chuck was on stage performing. That was when Chuck discovered Mira was a musician, too.

It took a few years, school to finish and other life moves and shifts, but when we reconnected, even though we didn’t know exactly what we wanted our project to be, we knew exactly that we wanted to play music for the rest of our lives, and we wanted it to be together.

2) We were happy to have your new single, “A Thousand Years,” on our Ditty Dozen Spotify playlist. (The video is below.) What can you tell us about that song?
Thanks for including us on this great playlist! Last fall we went out to West Texas for a songwriting retreat, Crooked Crow, and two of the songs we wrote ended up on this album. This is one of them, and began as a “cut out” exercise — where you cut words out of old books (science fiction, romance novels, etc.) — and then piece some of them together like refrigerator magnet poetry. Then you take that as a starting point for a song, and see what it conjures. This, all in the surroundings of stillness and desert, no internet, no cell phone service, and just infinite amounts of stars — it was a good reminder and a metaphor even for the moments we have in life where some important idea or thought is crystallized in our mind, and for a moment (however fleeting) it all feels like it makes sense. 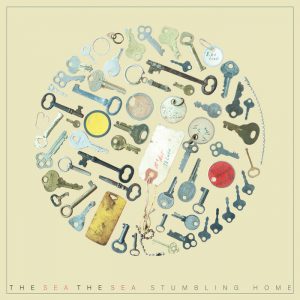 3) As a single from an upcoming album, when can we expect to see the album and what details can you share about that project?
Our new album, Stumbling Home, comes out Aug. 28 on AntiFragile Records. Our new single, “Fall Before The Climb,” just released July 17. This is the first album we began recording on our own, originally with the intention of learning to better demo our songs. A few months in, it started to feel like what we were really doing was making an album. In sending some of the songs around to friends and collaborators, we had a really great talk with Todd Sickafoose (who produced our first album) about how to approach bringing all of the recordings and arrangements into focus to bring them over the finish line, and decided it was something we really wanted to work on together. The world really shaped that process when the pandemic fully hit in March, and so we worked closely but apart in the first months of quarantining, sending songs back and forth West Coast to East Coast, across time zones and odd hours, listening and trying our best to put ourselves in some sort of imagined room together to make these songs. And we’re so happy with how the unexpected warmth of that process has made its way in these recordings.

4) Y’all are known for your amazing harmonies, which makes me wonder about your influences. Do you specifically listen to, and are influenced by, other great harmony groups, and if so, who are some of your favorites?
Well, thank you for that! We draw our influences from a lot of different places and styles of music. The harmonies that most inspire us typically have something unique about their blend, and they lean into something classic when you want them to, and then take risks and are playful and bold in their approach in ways that draw you into the song in meaningful ways. That can be with groups—Simon & Garfunkel, The Ronettes, Fleetwood Mac, The Indigo Girls, The Staves, The Milk Carton Kids, Lucius, Bonny Light Horseman, Joseph, Bahamas, and with artists we love who apply their single voice harmonies to their arrangements—Frank Ocean, Solange, James Blake, Bon Iver.

5) As 2020 has continued to just get more bewildering and the two of you are away from live performances, let’s end by asking what message would you like to send to your fans for the second half of 2020?
We’re in a time right now where a global pandemic has stopped or paused so many of the systems that have long been in place that we have accepted as the way things are. So this seems precisely the moment to begin reimagining a better, kinder, equal, just, inclusive society, and world. And on the days when we feel most the weight of that moral, political shift that must happen to truly celebrate the rights of all people (Black Lives, LGBTQ+ lives, for example) and to embrace things like healthcare, education, and art as essential to human lives — the scale of the change that we have all been thrust into with the pandemic also gives us incredible hope in the capacity for that scale of change for the better. Let’s make that change happen, and don’t forget to vote in November!

Thanks for that message, and we hope your fans enjoy this recently released lyric video for your song “A Thousand Years.” 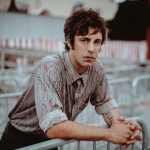 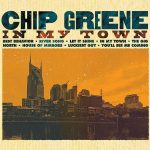 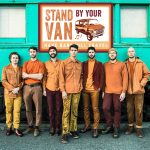