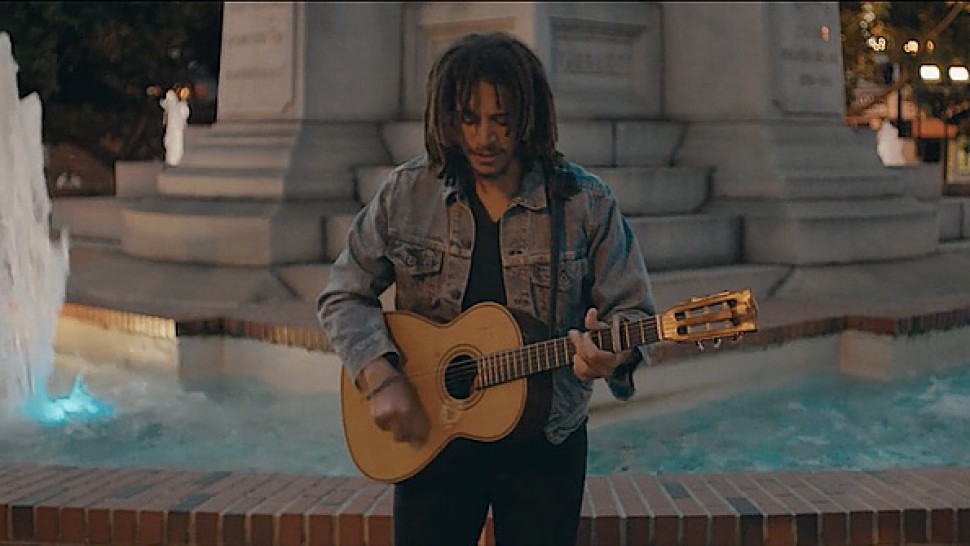 In these strange pandemic times, the movie Killian & the Comeback Kids has its own comeback story. Having been released to cinemas last year, with limited showings, the plan is for the film to have another go in cinemas this year. In the meantime, a great soundtrack for the film is available now, with the songs competing for this year’s Best Original Song Academy Award. (Nominations for the 2021 Academy Awards will be released March 15.)

We talk to the man, Taylor Purdee, who is responsible for the movie and the soundtrack. As for the film, it’s a look at a young mixed-race musician forced to return to his rural hometown after an expensive college degree. A chance encounter with a childhood acquaintance gives the summer new direction. Together they build a rag-tag band of other struggling locals for one shot to play a music festival coming to their once prosperous steel town. Armed with only folk-rock, Killian and the band hope to unite the community—if just for one night. We hope you enjoy this segment of 5 Questions with Taylor Purdee.

1) Looking at your background, with your parents being an actor and a documentarian and you being a musician and filmmaker, your new film definitely seems to be a logical extension of all that. But what can you tell us about how the initial concept of Killian & the Comeback Kids came into being and then how it started to take shape?
Well I was primarily looking for a movie that I could make. No one was going to let us make Star Wars 15, so I tried to write for things I had access to, which were a number of really great actors, these lovely locations in rural Pennsylvania, and folk/roots music. From there I was just trying to tell a story that was something I, as a viewer, would both appreciate the ideas of, and maybe come back to and re-watch.

We got to make it incredibly quickly, shooting maybe eight months after I started writing it, but the road from there to here has been strange, not really the normal trajectory of a film. Especially in the last few months where we were, I guess, one of the first films back in theaters in September. But whereas most films lived through this fall as best they could and have since moved to the next stage of their lives online, we’ll be on the big screen again all over once NY and LA re-open (hopefully September). But the soundtrack’s out everywhere so you can get a jump on the sing-a-longs. (Kidding, not quite that kind of music movie.)

Take a look at a trailer for the film here.

2) Before getting to your acting, you wrote and directed Killian and are responsible for much of the soundtrack, too. What was it like to be the main creator of a feature film?
I think musicians maybe understand this better than most, but as an artist something they don’t always tell you is that you kind of always need to be making your own work. Otherwise you’re just sitting around waiting for the phone to ring and that’s … difficult.

But for me all those pieces totally go hand in hand. If I’m writing it, I’m seeing and hearing it and living through it, they don’t feel like totally disparate disciplines, it’s all filmmaking and storytelling. That’s what’s great about film, it’s just made up of all of the other art forms.

3) You’ve done some acting—and voice acting, too—but this is your first feature role. How did this role compare to others, and what was it like directing yourself?
Man, I love acting for other people. Such a “relaxing” gig to just focus on that single element and trust that someone else is the god of that little universe.

As much as I do feel like the acting and writing and directing, etc. all flow into one another, I did intentionally write my character to not be worlds away from myself. This would have been a very different balancing act if I was trying to pull off King Lear instead of a millennial music nerd.

Hardest part (other than watching all your most awkward takes in editing) is just knowing that you’re on the right track. You can’t do a take, and watch it, and go again, and stop again, every time. So when I’m on camera I’m always sure that Liam Higgins (who wrote the music with me) or John Donchak (who also stars and is just incredibly lovely in this) is off camera standing in for director me. They were both also producers on Killian, and I know they won’t let me do anything stupid and that the whole production’s in good hands when they’re watching out for us.

4) Your father, actor Nathan Purdee, also stars in this film. What was it like working with him, and is this your first time working together professionally?
Oh, I love working with him. When I was a kid my mother made me promise to write roles for the both of us. And I’ve had him in some shorts and test things, but this is the most complex piece we’ve done together. Super fun. The power dynamic shifts and at the end of the day it’s just like playing lightsabers in the back yard again. Also, he’s so damn good, I kind of have to be sure we’re not doing more takes than necessary just because we’re enjoying ourselves on that like, actors playing off of each other level.

We talk so much about representation in the arts, and your public life in general. But it strikes me that the only way to really overcome those divides is to see people of all kinds actually just being similar. I don’t think the answer’s the great “black” movie or the great “queer” movie. My father’s broken his share of barriers in representation, and it was really important to me to see this mixed-race family with no mention of their races, no moment where the dad thinks roots music is too “white” for his son, or where suddenly I’m playing the banjo and rapping at the same time (though that said, I really kinda do want to write whatever that song would be). And I’d say Nathan really agreed with that and fought for us to be able to tell the story in that way.

5) And finally, what message do you hope audiences take away from this film?
There’s been a lot of talk about the “positivity” of the film. And I don’t know about all that, to me these characters are living in a town in decline, with few job prospects and either a lot of wasted time or wasted money or both given their experiences with mass-produced higher education.

What makes it feel so “positive” is the way they handle it. With (semi-grudging) teamwork and creativity. I’m learning that can seem maybe a little mystical, but it’s really the only way I’ve ever seen anything get done in any walk of life. And I wanted to support the sense that finally pinpointing whatever small corner of the world you felt safe in, and the few other souls who inhabit it, that coming together like that could maybe stave off a bit more of life’s trouble than we’re led to believe.

There’s so much competition and comparison and the uncanny human ability to talk ourselves out of things that I just wanted to tell my contemporaries (a disproportionate 1/3 of whom end up with an elongated 3-5 years back home after their college-age years) that trusting your desires, trusting your hobbies or child’s creativity could, not make all your dreams come true—it’s not that kind of movie—but make the incredibly difficult act of coming into your own adulthood, or personhood, maintain a little magic. It’s not a movie about being the best band, or hitting it big, probably more than anything it’s just about holding onto the magic of first-timers, amateurism, keeping those wide eyes.

Thanks so much Taylor, and we’re happy to offer this clip from the movie, which serves as the world premiere video of the song “Where We Should Be Today.”