You are here: Home / News / 5 Questions with Tami Neilson

Canadian-born New Zealand resident Tami Neilson has been entertaining the masses most of her life. She’s won multiple awards and is known for her voice that brings to mind the early days of country and rockabilly music. With influences from Mavis Staples to Patsy Cline, Ella Fitzgerald to Loretta Lynn, Neilson wows audiences with her voice and style. With her new album, CHICKABOOM! set to release on Valentine’s Day, we hope you love this 5 Questions segment conducted by DittyTV Senior Editor Tim W. Jackson.

1) First, while I try to pose questions from kind of the “everyman” perspective, I’m going to start by indulging in a personal interest. I have a weird obsession with New Zealand, despite the fact that I’ve never been. Obviously you’re married to a New Zealander, but what made you decide to live in New Zealand, and what are your  thoughts about the country, especially compared to the U.S. and your home country of Canada?
It sounds like you need to get on a plane ASAP and come see for yourself!

New Zealand is my other home. I’ve been there over 16 years, but, I just became a dual citizen last year, which was really special. I’m really lucky to have two beautiful countries I can call home. New Zealand is incredibly beautiful, a small piece of paradise tucked away from the rest of the world, which is obviously very different to the vastness of Canada. However, I find we have a lot of similarities as people. 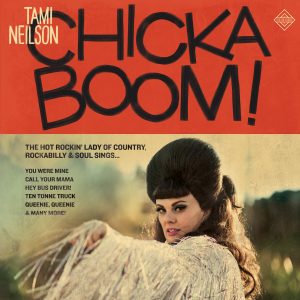 2) As that was the longest question I’ve ever asked in one of these segments, this one will be shorter. 😉 What can you tell us about your new album?
I really wanted to strip things right back, in the tradition of that Sun Records sound—a really driving rhythmic trio that featured the voice and the songs. I wanted an album of punchy little firecrackers.

3) You got an early start in music performing with the Neilson Family Band. How do you continue to grow and evolve as a musician over the years and with each new project?
I actually feel like this album is me at my most confident, really coming into my own, while at the same time, I’ve come full-circle having my brother, Jay, heavily involved in the writing, recording, and featuring his harmonies.

4) Having listened to CHICKABOOM!, several times, I can assure our readers that all the songs are amazing and quite varied. I think there are many artists known for fashion + music together: But you’re one of the few artists known almost as much for your fashion style as your music. Does that add extra pressure to the Tami Neilson persona or does it just make it more fun?
The way I dress and do my hair and makeup is just an extension of my creativity and only a slight exaggeration of how I look on a daily basis, so, it’s just me! I put a lot of thought and care into my visuals, whether it be album covers, photo shoots, music videos, the way I dress on stage … it’s just another way to be creative and express myself and to be uniquely me.

5) With CHICKABOOM! releasing on Feb. 14, what can you tell us about the accompanying tour, and when will we get a chance to see you in the U.S.?
We’re working on U.S. dates right now, so, make sure to stay tuned for announcements! First, I head to Europe and then Australia and New Zealand to kick off the CHICKABOOM! tour. But it looks like I might be in your neck of the woods in Aug./Sept. at this point, so, make sure to watch my socials for details! I can’t wait to get back to the States, having spent a large portion of my childhood living there in my family band. It feels like yet another country I call home!

See the video for “Ten Tonne Truck” from the new album below! 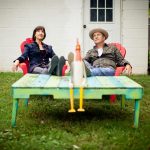 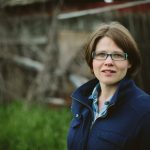 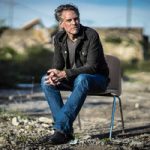