You are here: Home / News / 5 Questions with Samantha Crain

Samantha Crain released a lush and sophisticated album last month called A Small Death via Ramseur Records/Thirty Tigers and Real Kind Records/Communion Records. We believe you should take a listen if you haven’t already. Crain’s vocals are beautifully haunting. The instrumentation flows seamlessly with those vocals to make an amazing album of 11 songs.

A string of car accidents the summer after she released her 2017 album You Had Me at Goodbye exacerbated a worsening tendinitis and carpal tunnel syndrome in her hands and arms, and the pain made it difficult to play an instrument. Crain was barely able to perform on a European tour, which created a huge amount of emotional stress that led to what she calls “a full-on breakdown.”

Senior Editor Tim W. Jackson was fascinated with Crain’s story of resilience and fell in love with the album, so he touched base with Crain for this 5 Questions segment.

1) I have to start with a question about your Choctaw heritage. How has that influenced your music?
For many indigenous Americans, the traditions and connections to our ancestors were stripped from us, generations of abuse and genocide and dislocation created a huge chasm for us to truly know the ways of our passed elders. Therefore, it is imperative that we as indigenous Americans can create our own traditions and become empowered in the fact that if I make something—if i write a song, if i write a poem, if i paint a picture, if i cook a meal—it is Choctaw, because I am Choctaw, no matter if it matches the colonial idea and stereotype of what would be considered indigenous art or creation. The language remembers, the language connects us over that chasm that was forced. My heritage hasn’t influenced my music. My music is my heritage.

2) Let’s talk about your new album a bit. First, there is no title track, so where does the name A Small Death come from? 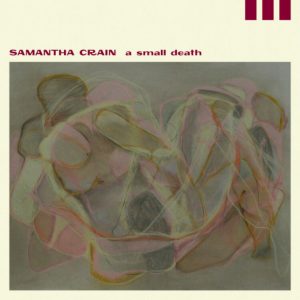 It is a lyric from the song “Joey.” The title addresses my journey of starting over after my physical injuries and mental health breakdown. I assume life is full of small deaths like this, everything is always starting over again.

3) And what can you tell us about recording the album in terms of location and the collaborators involved?
I recorded this record at Lunar Manor Recording Studio in Oklahoma City. It’s this weird studio my friend Brine Webb (the engineer on the record) runs that is carved out of the basement of bank tower. I think it used to be an old advertising recording studio for voice overs and orchestras for commercials. I produced it and all the collaborators were local musicians from here in Oklahoma.

4) It’s such a great album, to me, for a couple reasons: One is your voice, which is remarkable and also difficult to describe. And the album seems to meander through genres and styles, and therefore offers a lot of variety from song to song. Did you consciously try to have such variety on the record or are the 11 songs simply what came out of your writing? It wasn’t a conscious decision. I think it’s just naturally what I’ve always done … jump around genres … but the ordering of the songs was conscious. I wanted it to be clear that this wasn’t a sad album. Yes there are traumatic things being talked about but the resilience throughout is hopeful, hence the little rollercoaster it takes you on.

5) Obviously, we are in the midst of some strange times, and as your album releases, there is virtually no live music happening now. So what are you doing to help promote the album, and what’s next for you in terms of musical projects?
I can’t say I’m doing anything specifically different to promote the album. The online streaming concert thing doesn’t really suit me, and I’m not the most outgoing social media presence so I’m just hoping the album will speak for itself and people will take the time to listen and it will organically spread. That might be a pipe dream, but it’s all I got this time around. I’m currently working on an EP that might come out in the spring of 2021.

Thanks, Samantha. We should point out that Crain is featured in a Play It Loud episode on the Americana Connection Aug.3 at 7 p.m./6 CDT on Circle Network. In addition, we invite you to take a look here at her video of the song “High Horse.”