You are here: Home / News / 5 Questions with Sam Williams

If you don’t know Sam Williams, we’re guessing you’ve heard of his grandfather and father: Hank Williams and Hank Williams Jr., respectively. But this younger Williams has his own singular voice and he writes in his own singular style, fusing gut-wrenching honesty and plainspoken poetics with raw vulnerability and deep empathy. His songs are lush and cinematic, influenced as much by modern pop as classic country, and they grapple with the kind of profound, revelatory introspection that belies their author’s young age. We think you’ll be hearing a lot more from Sam Williams in the future. In fact, check out the brand-new video from Williams below! We wanted to get to know this rising star better in this 5 Questions segment.

1) We’ll get the obvious out of the way first. You grew up as part of a famous and very musically talented family. So what sort of pressure did you feel to follow in the footsteps of so many family members before you got into music? And then the second part of that is when did you finally decide that being a musical artist was truly the path for you?
As a kid, I felt a pressure pushing me away from music because the legacy was so daunting. Hank Sr. left an ongoing precedence in music and the expectations can often be intimidating. I wondered “Why me?” thinking about the random chance that I’m next in line in this musical heritage. I don’t know why, but when I began writing songs and telling my story, I felt right at home. I think being an artist, you want to be understood, just like any person does.

2) Along those lines, you grew up listening to a lot of music that was nowhere close to country or Americana, so when did you start looking to keep the “family tradition” and move toward that umbrella of Americana & Roots music?
I’m not looking to “keep the family tradition.” I like all genres, so I just stick to the truth with my pen and see what happens. Maybe Americana style songs feel natural to me, but I think there’s a lot more to uncover. I love how Taylor Swift can experiment with sounds but the core of her music is still anchored in the lyric.

3) Once you started seriously writing, it seems that you developed a love for using co-writers. What does writing songs with someone else do for you, and who have been a few of your co-writers thus far?
Sharing experiences with someone can unlock parallels that really connect with more people. We all have more in common than we think, and collaborating makes space to open up perspective for sure. It’s also good to run a line by someone to make sure it doesn’t absolutely suck. Ha. I learned a lot from Lori McKenna, and I love writing with Ben Roberts of Carolina Story in Nashville.

4) You wrote the song “The World: Alone” about a year before your sister Katie’s death. What can you tell us about initially writing the song and then how it took on a new meaning a year later?
Originally, I was speaking of dreams lost and the unrealized potential of a relationship gone wrong. We all want to see the world with someone we love. Losing that chance can leave you feeling alone and without a compass. After the terrible accident, I realized that somehow I’d written this for Katie and had to try to find solace in the idea that now she can see the whole world and help guide me through it. It’s a very important song for me.

5) At the end of 2020, you released the song “Shuteye,” which comes in advance of releasing an album this year. What can you tell us about writing the song “Shuteye,” and then, as you say, “songs are living, breathing and changing organisms and they take new meanings as the days go by.” So as we’ve moved into a New Year that still seems tumultuous, has this song’s meaning changed for you in the days since it was written?
No. I think going forward into this new, maybe tumultuous year, I sink deeper into the meaning behind those words. This phrase is true for songs as it is true for years/chapters in life. The years are always changing bringing in the new and washing out the old. Change is always occurring. I’m in a chapter of my life where each day brings new challenges and feelings. Somehow, I still find comfort in the words I have written there.

Thanks, Sam. It was great getting to know you, and we hope everyone loves your new video for “Can’t Fool Your Own Blood” as much as we do. 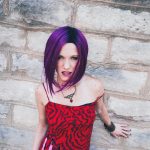 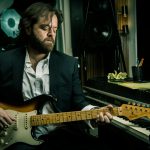 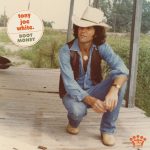