You are here: Home / News / 5 Questions with Michael Braunfeld 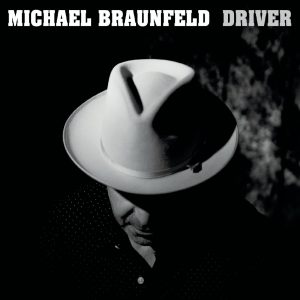 Pennsylvania-based singer, songwriter, and guitarist Michael Braunfeld recently released his album, Driver, as a 13-song Americana tour de force. Complete with great stories and wonderful musicianship, the album combines an array of styles into a perfect sampling of Braunfeld’s musical interests and talents. Get to know him a bit more with his answers to these 5 Questions:

1) Recently, we’ve given considerable attention to musicians with day jobs. How do you balance your life as a musician with your life as an attorney?
It’s not easy. I’m fortunate to still be a partner at a small firm where I can largely decide what type of work and how much of it I want to accept. Given the touring schedule in some periods, I’m hesitant to take on protracted litigation. I now mostly advise clients in an attempt to avoid trials and don’t see the inside of a courtroom nearly as much as I’d like. I’ve never been a big firm, big money guy but there’s less money now. However, my education and background prepared me well for dealing with any number of issues that come up in the music industry on a daily basis.

2) The new album, Driver, is fantastic—and special kudos for giving us 13 songs and nearly an hour of music! You’re from suburban Philadelphia and you recorded this album at nearby MorningStar Studios. What can you tell us about the recording sessions and the players involved?
We started working just before Christmas, 2018. The core of the sound is my wonderful live band, the Boneyard Hounds but we brought in Ross Bellenoit on electric and slide guitars and Ken Pendergast on bass. We cut the tracks live with Tommy Geddes on drums and the rest of the team came in over the course of about eight or nine months to track their parts. That’s Nate Gonzalez on keys and piano. Tom Hampton is on lap steel, baritone, 12 string, Nashville-tuned guitar, and whatever else he picked up during the sessions. Raianne Richards and Mark Mandeville really slay a couple key backing vocal tracks, too. The record was co-produced by Glenn Barratt and Kyle Swartzwelder. I couldn’t have asked for a better team in terms of players and that all-important trust factor. 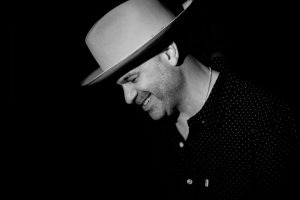 3) Your new album offers a variety of styles but you’re regarded as a storyteller and you’ve been involved with the Philadelphia Folk Song Society and the Spring Gulch Folk Festival. How do you think your interest in folk music plays a role in your songwriting?
I’d say the biggest role it plays is in the lyrics. I want to tell stories that mean something to people. I want the words to matter. That’s as true for the character sketches as the topical material—which, of course, has a long history in folk music. I want to make people think. I want to make them feel.

4) In addition to your songwriting (and vocals, of course) you’re a pretty darn good guitarist. When did you start playing and who are some of your biggest influences in terms of guitarists?
My father collects guitars and banjos so instruments were always around the house when I was growing up. I started lessons—and taking it seriously—at 13. You probably won’t notice a lot of his sound in my playing but, for me, it all begins and ends with Scotty Moore. I’ve always been a fan of his style and how he made a small group sound so big. That’s what’s at the heart of my playing. When I’m up there with just an acoustic guitar I want it to sound full. Whether it’s percussive strumming and some riffs or finger-picked melodies, I’m striving for something more than just a basic rhythm behind it all. Pete Kennedy and Bill Miller were huge influences on my acoustic playing.

I’m generally a fan of players that have found their own sound. I like that you can pick (Mark) Knopfler, (Eric) Clapton, and (Stevie Ray) Vaughan out in a second just by style and tone. That’s rare, indeed. I’ve never learned songs or solos note for note or tried to imitate other guitarists. There are a number of guitarists who are more proficient technically that I wouldn’t mind being able to emulate but I’d rather sound like myself. That’s where the soul of it all is.

5) And finally, what advice might you have for fellow musicians who also have a career outside of music?
With the decrease in revenue streams across the board, it’s hard to get by on the music alone. That’s true for emerging artists and established acts alike. You have to decide what you want. There are good songwriters at open mics in every town on every night of the week. There are successful men and women in all industries who can pack a local bar of cafe with their friends whenever their band plays. There’s nothing wrong with any of that. If you need more then you need to look at some hard truths and be prepared to sacrifice. I’ve known people with very understanding bosses and people who went from job to job saving enough money for the next album and tour. Either way, it’s not a straight line to success back at the day job and there are certainly no guarantees on the musical highway. It’s a life of assessing and reassessing what you can and can’t live without.