You are here: Home / News / 5 Questions with Madison Cunningham

Grammy-nominated singer-songwriter and guitarist Madison Cunningham released her new EP, Wednesday, on Nov. 6 via Verve Forecast. Cunningham shot to the top of the Americana world’s attention when her critically acclaimed debut LP Who Are You Now was nominated for Best Americana Album at the 2020 Grammy Awards. We wanted to learn more about this emerging star, so we hope you enjoy this 5 Questions segment with Madison Cunningham.

1) First, as a young artist, a lot of people may not be familiar with you yet. So let’s start with some background. Where did you grow up, and how did you first get started playing music?
I was born and raised in Southern California, child to Scott and Megan Cunningham, and the first of their five daughters. When my dad wasn’t preoccupied with the amount of kids he had on his hands, he was busy being a musician and pastor. He’d drag me along with him, almost everywhere he went, and one day he even convinced me to sing with him. The first time I ever sang or played guitar or performed a song of my own was in front of the congregation at church. I was unaware of it at the time, but it marked the beginning of the road to writing songs and chasing music as a long-term profession.

2) And that led to last year’s debut album, Who Are You Now, which was a great collection of 10 songs. Looking back on that release nearly a year and a half ago, what did that album do for you personally and professionally?
That album took me for a ride in the best way. I wrote and rewrote the songs just to find the right 10 to step out with for the first time. I had put out other records from when I was younger, but this one I really considered to be my debut. It utterly exhausted me. I was more stretched than I’d ever been as a songwriter and guitar player, and up until the very moment it was released, I had no idea if whether I worked hard on it or not would matter to anyone. And once out in the world, the response was beyond what I could’ve imagined. There was a real difference in opportunity and possibility after it arrived, which was all I could’ve hoped for. 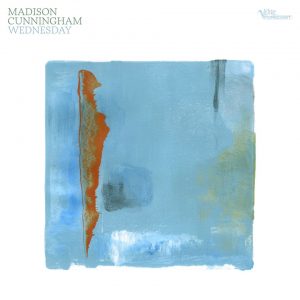 3) And now you’re releasing an EP of cover songs. What was the impetus to release this EP of covers right now, and how did you choose these particular songs?
I wasn’t sure that there was a point to releasing anything at all this year. It felt strange and somehow disruptive to make a statement of my own in the current climate. But as it got to the middle of the year I found myself, personally, coming back to these songs. Needing these songs. They so eloquently spoke to the moment, despite being written almost a decade—or two—ago. And in a time where it was tempting to feel helpless and resort to saying nothing, releasing music suddenly felt like an offering. And singing someone else’s words seemed to be a removed, yet relevant, way to do so.

4) What have you been doing musically during the pandemic, and—with live performances so limited—what will you be doing to promote this new EP?
I’ve stayed low and kept busy writing and recording a new record. In some ways, I’m thankful for the lack of touring this year because it has allowed real uninterrupted focus and rekindled love for the process.

5) With a full-length album to your credit and now this EP, let’s look into the future a bit. Where do you see your career going from here? What will Madison Cunningham be doing musically in 5 – 10 years?
I’ve always followed where the path lead, and so far it has lead me here. Introduced me to some of my best friends, musical peers, and heroes. It brought me to stages and audiences. To people who care for my music, which is mind blowing to me. It can’t be that bad of a plan to keep on doing that for the rest of time. To keep loving the muse, and letting it lead the dance, despite the success or failure it might bring.

Thanks, Madison. We definitely believe some wonderful things are ahead of you. And for those who may be unfamiliar with your music, we hope they enjoy your version of “No Surprises” by Radiohead.