You are here: Home / News / 5 Questions with Liz Longley

Nashville-based indie-folk singer/songwriter Liz Longley is set to return with a new album, Funeral For My Past, later this year. The LP’s warm sound was curated by Grammy-nominated producer Paul Moak and brought to life by a cast of esteemed players known for records by Sheryl Crow, Willie Nelson, Jake Bugg, Ingrid Michaelson, Kim Richey, and more. Though a release date for Funeral For My Past has yet to be announced, Longley is just embarking on an extensive solo tour to be followed by a full band tour this fall.

With the first single from the new album released earlier this year, DittyTV Senior Editor Tim W. Jackson wanted to touch base with Longley before she hit the road. We’re happy to have her as our guest for this 5 Questions segment.

1) Your first single from Funeral for My Past released at the end of January. Since the full album isn’t releasing for several months, can you walk us through the decision to release “3 Crow” now, and then what can you tell us about that song in terms of its content?
Releasing “3 Crow” first was important to me, as it sets the scene for the “why” behind the album’s title track “Funeral For My Past.” It’s a song I wrote about a time I was in a toxic situation. In order to get out of it, I had to draw clear boundaries between me and the other person.

Listen to “3 Crow” (editor’s note: the album’s second single, “Get to Know Someone,” releases this Friday, March 6.):

2) Can you walk us through the decision to rely on a Kickstarter campaign (which turned out to be immensely successful) to fund this new, independent record?
It’s humbling to ask for help, let alone publicly asking for financial help. While I was reluctant to run a Kickstarter campaign, it was clear that crowdfunding would be the only way I could buy back my unreleased record from the label. The kind of support I received during the campaign will stick with me forever. In a time where everything felt uncertain, my fans were there with their arms wide open to catch me and carry me through. 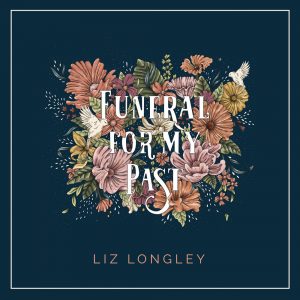 3) Having heard the new album, I can assure our readers that it’s outstanding. The vocals are stunning, and it’s so musically rich and diverse. It’s hard to believe this is your sixth album, so what can you tell us about your musical evolution over the course of your recent albums?
Wow, thank you so much! Over the years, I’ve been lucky to make several albums. The self-titled record (which is actually my 4th full-length record) was a source of self-discovery after moving to Nashville. The next record after that swung hard in the opposite direction of country/Americana, and with this record, I feel I have arrived at the truest form of who I am as an artist, a singer, and a songwriter.

4) Even though the song “Torture” has filled my head (in a good way), I’ll refrain from asking you about specific songs on the album because we do have a considerable wait time for it to be released. But what can you tell me about connecting with Paul Moak to produce this album?
Choosing a producer for a record is probably the biggest decision in the whole process. You write these songs that become an extension of you, so to trust them in the hands of another creative is absolutely essential. I had heard Paul’s name for years and loved everything he produced. One day, on a whim, I wrote him an email and sent him a few of these songs. In his response, it was clear he felt connected to the music, but working with him far exceeded my every expectation. His confidence in the open space of a song, and his ability to serve the lyrics and the message in each song, was unparalleled. It was the best decision to work with Paul, and I hope to work with him again soon.

5) Because you’re about to embark on a substantial U.S. tour, for our last question I’m curious: What concert performance have you given in your career that absolutely stands out as the most memorable—and that could be for good or bad reasons?
I spend most of my life on the road. I love traveling, meeting new people, and circling back every year to reconnect. But one of my favorite shows happened right here in Nashville. It was only a few weeks ago when fans from all over the country (Minnesota, Texas, Alabama, Massachusetts, California, Indiana, and Pennsylvania) traveled to Tennessee to see my first headlining show at the legendary Bluebird Cafe. It’s a small venue so to have it packed with people I have met over my years of traveling was a beautiful full-circle moment. 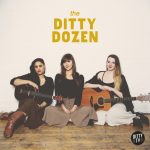 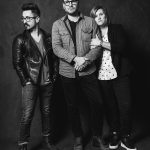 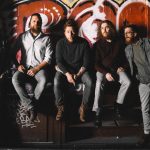