You are here: Home / News / 5 Questions with Kevin Gordon
Kevin Gordon began playing guitar in his home state of Louisiana before moving to Nashville and launching a career as a songwriter and musician.
We shine the spotlight on this accomplished troubadour in a Concert Series performance that airs Wednesday, July 3 at 8 p.m. CDT. For those in the Midwest, he’s touring in your area this month. His most recent album is Tilt and Shine, so be sure to check that out to hear more Kevin Gordon. To find out more about the man now, check out this 5 Questions segment.

1) Obviously growing up in North Louisiana informed your musical tastes but what specific Louisiana music and musicians have had the most influence on what you do?
Little Walter was from Marksville, La., outside of Alexandria, but of course ended up in Chicago, and was ultimately signed to Chess Records. His recordings on Chess are bedrock for me, even though I don’t play harmonica. More obscure but no less important to me are two friends/mentors: Shreveport guitarist Buddy Flett, and West Monroe’s pianist/guitarist/wild-man extraordinaire, Kenny Bill Stinson. More peripheral influences come from south Louisiana: Slim Harpo, Boozoo Chavis, D.L. Menard, and many more.
2) On the flip side, you’ve also been in Nashville a lot of years, so what role has the Music City played in your development as a musician?
Just being in Nashville has a way of forcing you to up your game, whatever you’re doing—writing songs, playing guitar, engineering at a studio. Personally I’ve developed much farther as a player because of fellow musicians who’ve been in my band: Joe V. McMahan (who’s also produced several of my records), Ron Eoff, Paul Griffith, Josh Hunt, and many others. I really believe in that attitude of always being a student—putting yourself in situations where you’re not necessarily the best or “smartest” guy in the room—that’s how you learn. And just staying open to things—I tend to listen more than talk.
3) With all that said, you’re under that big Americana umbrella but people generally struggle to categorize your music. When you’re asked what kind of music you play, what answer do you offer?
Yeah, it’s funny, after you do this long enough, you find your category being changed for you, depending on what the powers that be determine the name for it is, at any given time: roots rock, alt-country, Americana. I guess that as artists we all want to be seen as individuals, so there’s always a tension between that impulse and the need for others to put you in one little box or another. I don’t have a quick elevator pitch. I tend to mumble something about the music being influenced by early rock ‘n’ roll and R&B, with an intense focus on the lyrics, which comes from my background in poetry, I suppose. If it does have to come down to a term, I guess I still like “rock ‘n’ roll.” 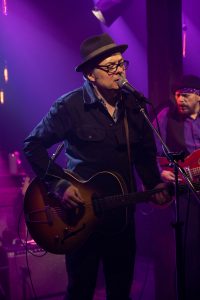 4) You’re on the road quite a bit, as you are this summer. And you often play with some amazing players and in great venues and at wonderful festivals. What are a couple of the most “I have to pinch myself, is this real?” moments you’ve had while touring?
Eons ago I was the guitarist in a quartet for a couple of brief tours with Southside Johnny. He wanted to experiment with a smaller band (without the horns) because he wanted to do more blues stuff, like Little Walter, and other things that influenced him along the way. We played The Bottom Line one night—sold-out show. Graham Parker opened for us, solo, and backstage we worked up a song of his to do with him and John on the encore. I couldn’t quite believe Graham Parker was sitting there, teaching me one of his songs.
Another would likely be the first time I played one of the big stages at the New Orleans Jazz & Heritage Festival. We were on two acts before the closer, the Dave Matthews Band. I’d never seen so many people in front of me in my life. More than 15 years later I still have people come up to me and say that that was the first time they’d ever heard me. Our set felt like it was over in about 10 minutes, though we played for an hour.
5) And finally, what’s next? What musical projects are you working on right now?
I tend to go through cycles with the songwriting. It takes a while after making and releasing a record before I start writing again. Not sure why that is. In the meantime, I’m slowly working on a book of some sort—memoir based, but something more than that, ultimately (I hope). But new songs are coming. I can almost hear them. 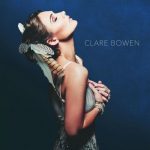 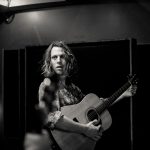 Americana Around the World: Josh Rennie-Hynes…