You are here: Home / News / 5 Questions with Juliana Riccardi 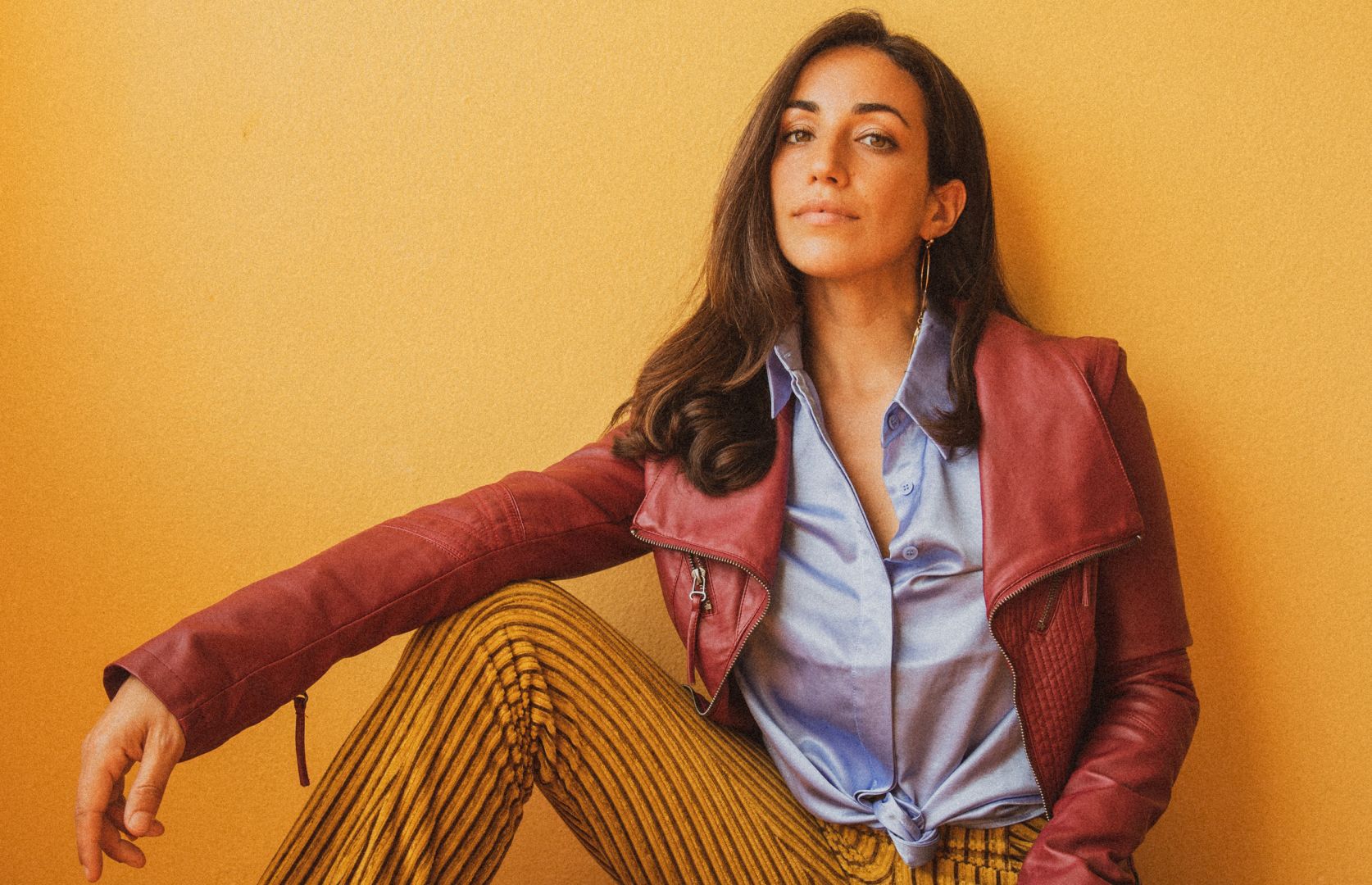 On October 8th, New York native and L.A.-based singer-songwriter Juliana Riccardi released a dynamic and carefully crafted new EP titled Full Cup, measured out with equal parts blues, soul, and rock n’ roll, but with an underlying understanding of Jazz that certainly strengthens her performance. Riccardi studied Jazz Performance at The City College of New York at Harlem before departing from her hometown several years ago, journeying towards something deeper and creating songs about the bumps in the road along the way.

“They were acoustic solo tunes, played out and fleshed out over the last few years in coffee shops, on sidewalks, at local venues and I knew for this record I wanted to amplify their delivery and give them power with a full band in a live studio setting.” To do so, she ventured to Dreamland Recording Studio in upstate New York. “The sonics and arrangements rejuvenated the once acoustic songs – kind of honoring their message with lush sonics and solid grooves.” 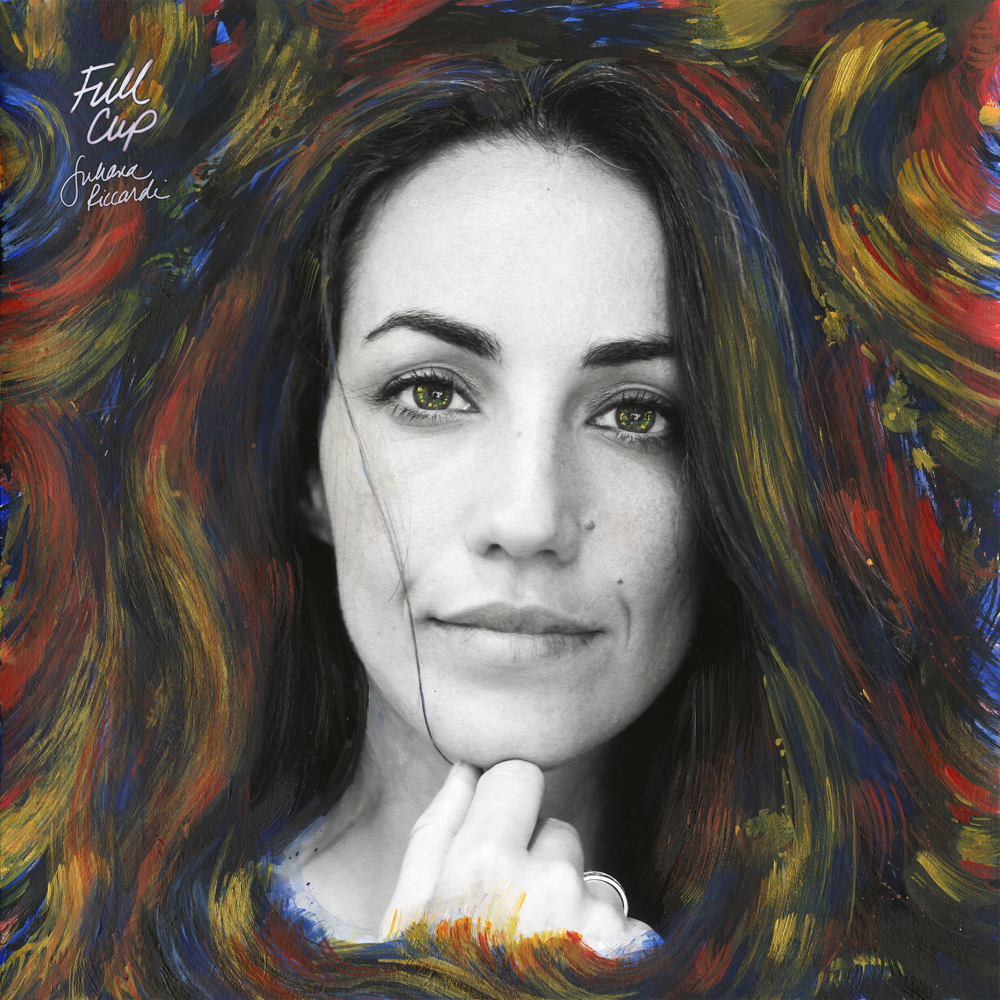 1) You’ve said that your new EP, Full Cup, began in a Venice coffee shop. What can you tell us about that day, and what were the subsequent steps you took to complete the EP?

The single and title track, “Full Cup,” was the culmination and resolution to a long journey of self-exploration over the past 5 years – both personally and as a creative professional finding my voice. It’s brought me to feel deep gratitude and rooted in my intentions – all things that happen over time, with experience and ultimately knowing and loving oneself. That’s what Full Cup is all about.

It was a sunny morning, the day the first verse of “Full Cup” was spontaneously written, and I was enjoying coffee in my neighborhood with some friends, causally messin’ around on guitar. Bittersweet memories and reminders passed through my mind, but all along was a confident, calm, and hopeful perspective – and that’s how the song began. My journey’s trial and errors, winding roads – and bumps, are all narrated through my other songs on the record like “Beam by Beam,” “Wire,” and “Mad.” They were acoustic solo tunes, played out and fleshed out over the last few years in coffee shops, on sidewalks, at local venues and I knew for this record I wanted to amplify their delivery and give them power with a full band in a live studio setting. 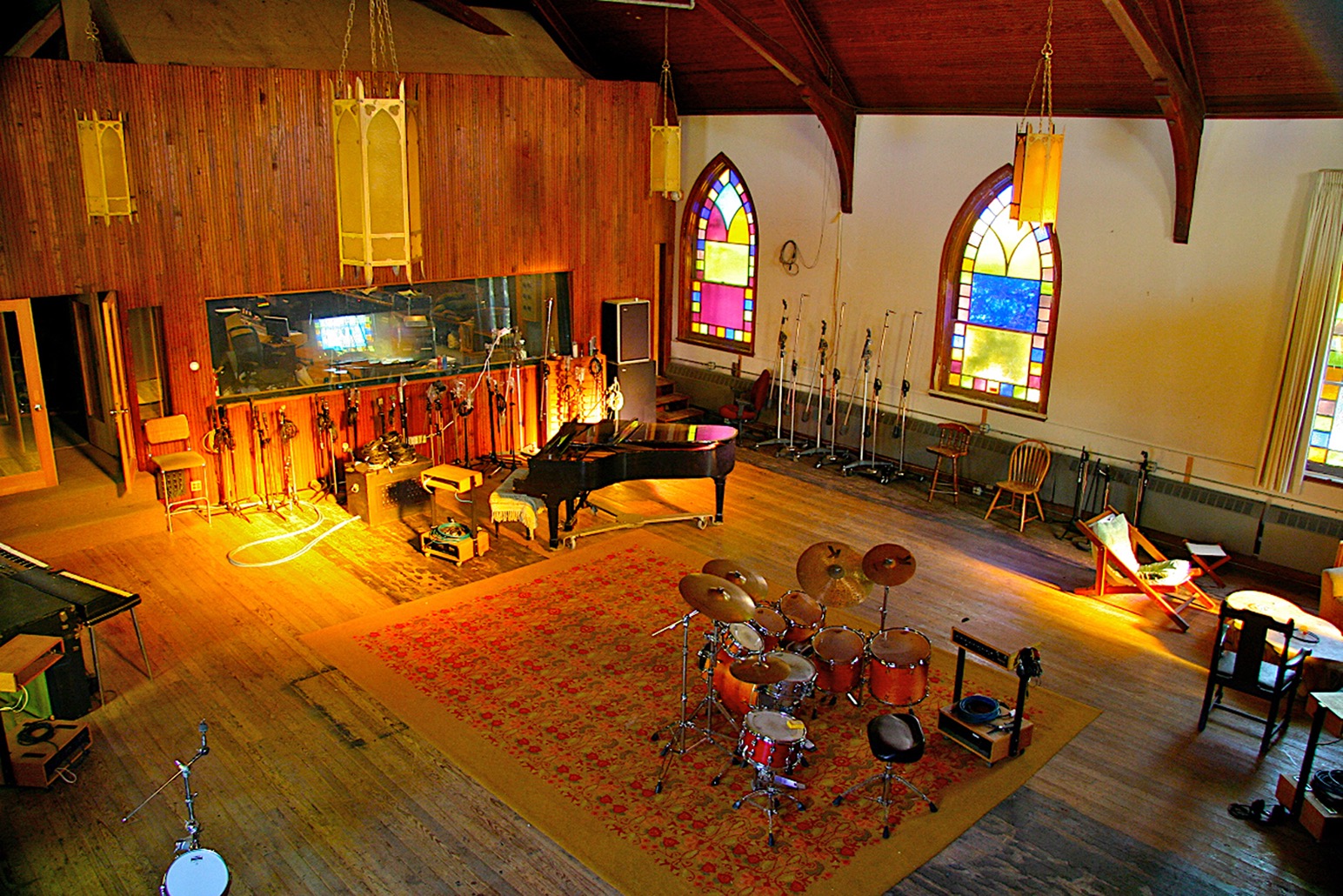 2) You recorded live at Dreamland Recording Studio in upstate New York. What was that experience like for you?

I chose to record the record with my original band of gems, back in New York, at the legendary Dreamland Recording Studios near Woodstock. We played the songs live in this converted church filled with vintage gear and instruments – it was magical. We can’t wait to go back. The sonics and arrangements rejuvenated the once acoustic songs – kind of honoring their message with lush sonics and solid grooves. 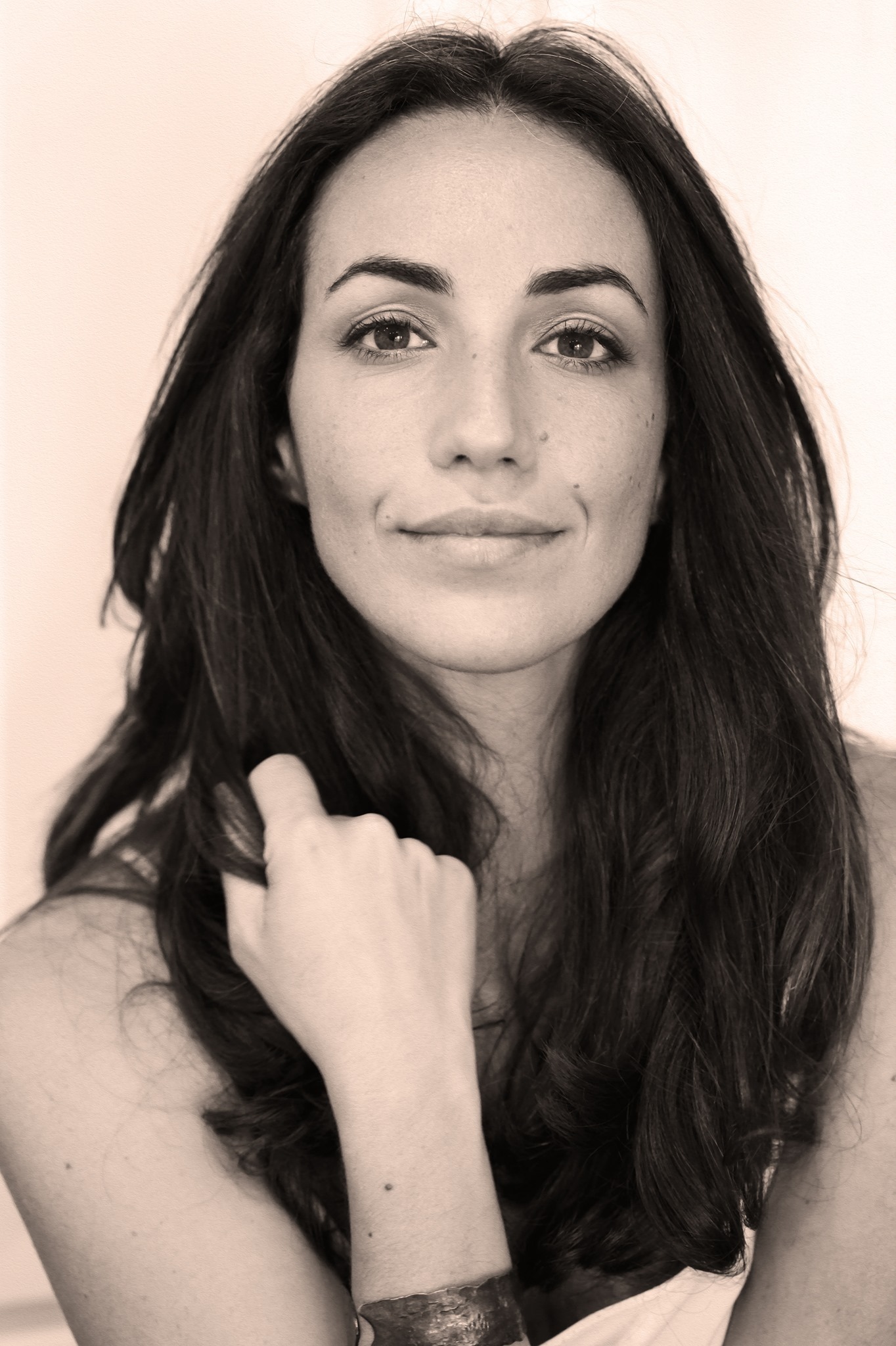 3) As a native of Queens, NY, how has that place impacted your perspective of music, and how has living in Mar Vista (Los Angeles) these last several years altered it?

Leaving New York was the beginning of that deeper journey for me. It was a true change and challenge to uproot and move to a city where you have no roots and no one has expectations on you. And it made me dig deep and regroup with more clarity. Being alone after a long relationship shortly followed, making it harder but more rewarding in the end. I think I was always competitive, motivated, and driven out in New York – but something was missing. I needed to step away from the over saturated noise and from my younger self. It had to be fate, that I found Mar Vista. It’s filled with artists- painters, poets, musicians and entrepreneurs. I had no idea. I began making friends, playing causally on the sidewalks, at local shows – we’d host our own events. It was a time of ego-less sharing and creating. Everyone supported one another. It’s a time I’ll never forget. It’s where all the songs on Full Cup were written. 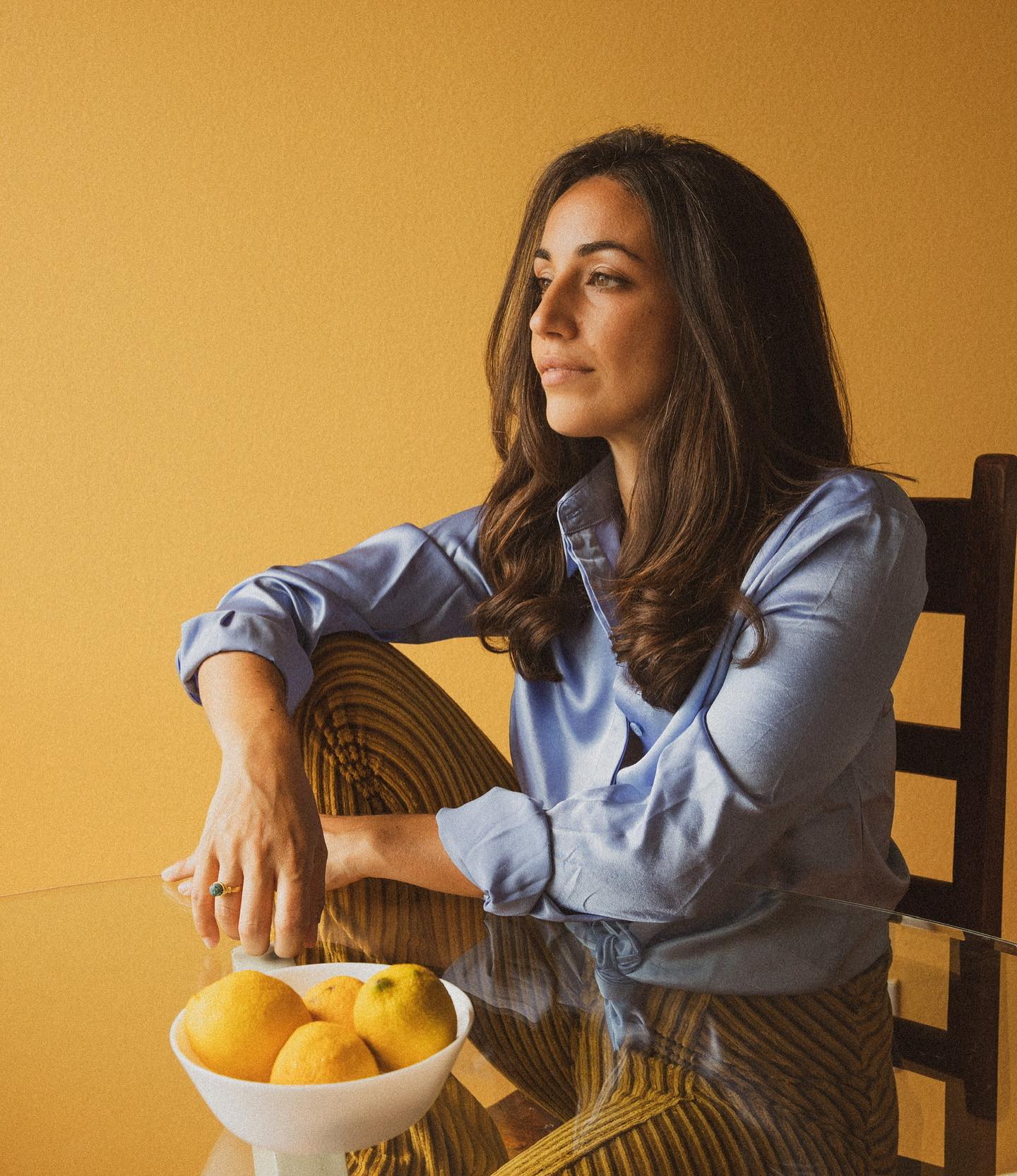 4) You earned a Bachelor of Fine Arts in Jazz Performance degree from The City College of New York in Harlem. What are some of the most important lessons that you learned while working through that program, and who are some of your most beloved musical influences that you discovered while there?

I always listened to Billie Holiday and Ella Fitzgerald back in elementary days, so I felt very connected to certain jazz singers, standards and swing music. Hanging in West Harlem on such a beautiful campus with great teachers was a wonderful experience. I learned that learning never stops and jazz is a difficult art form. There is so much to know and so many choices in music, it’s mind blowing. As singers, we learned the basics of scatting, creating song arrangements, harmony progressions, and a historical and beloved repertoire of standards. I got to know and love the music of Chet Baker, Nina Simone and Carmen McRae and so much history of how music evolved into different sub-genres. I definitely am not a Master of Jazz – but the soul and purity behind its voices has influenced me in my performing – especially my delivery. The program strengthened my ear and understanding of harmony, but you realize that years after when what we learned starts to actually sink in.

5) Bonus: Who designed the Full Cup EP artwork, and what does the imagery represent to you?

One of my best friends, Jen LaVita, who is an amazing fine artist and painter, did the Full Cup cover art painting over a high-quality photo print. We talked about the mood and tones that I wanted and she nailed it. The record is a sonically colorful project, but it’s honest and emotional and her artful touch expresses that. Nikki Portman, a close friend and extremely gifted artist and photographer, helped set the tone initially by capturing that photo. We wanted strength and vulnerability. She nailed it.