You are here: Home / News / 5 Questions with Jesse Marchant

Born in Montreal and now based in New York, Jesse Marchant has four albums under his belt (on the first two he went by JBM) with Partisan Records. He has made numerous headline tours of the United States and Canada and has been featured in national support slots for Alt-J, Other Lives, Nathaniel Rateliff, Sondre Lerche, Rogue Wave, Cloud Cult, Heartless Bastards, Local Natives, AA Bondy, Damien Jurado, and many more.

Marchant’s anticipated 5th studio album Antelope Running will be released on June 25th via AntiFragile Music. We wanted to learn more about what motivates him to make music, his relationship with his muse, his motorcycle, and more, so take a look at what we turned up.

1) Your 5th studio album Antelope Running is set to release on June 25th. Share as much as you’d like about the behind-the-scenes of the making of the record: the who, what, when, where, and how of production details. 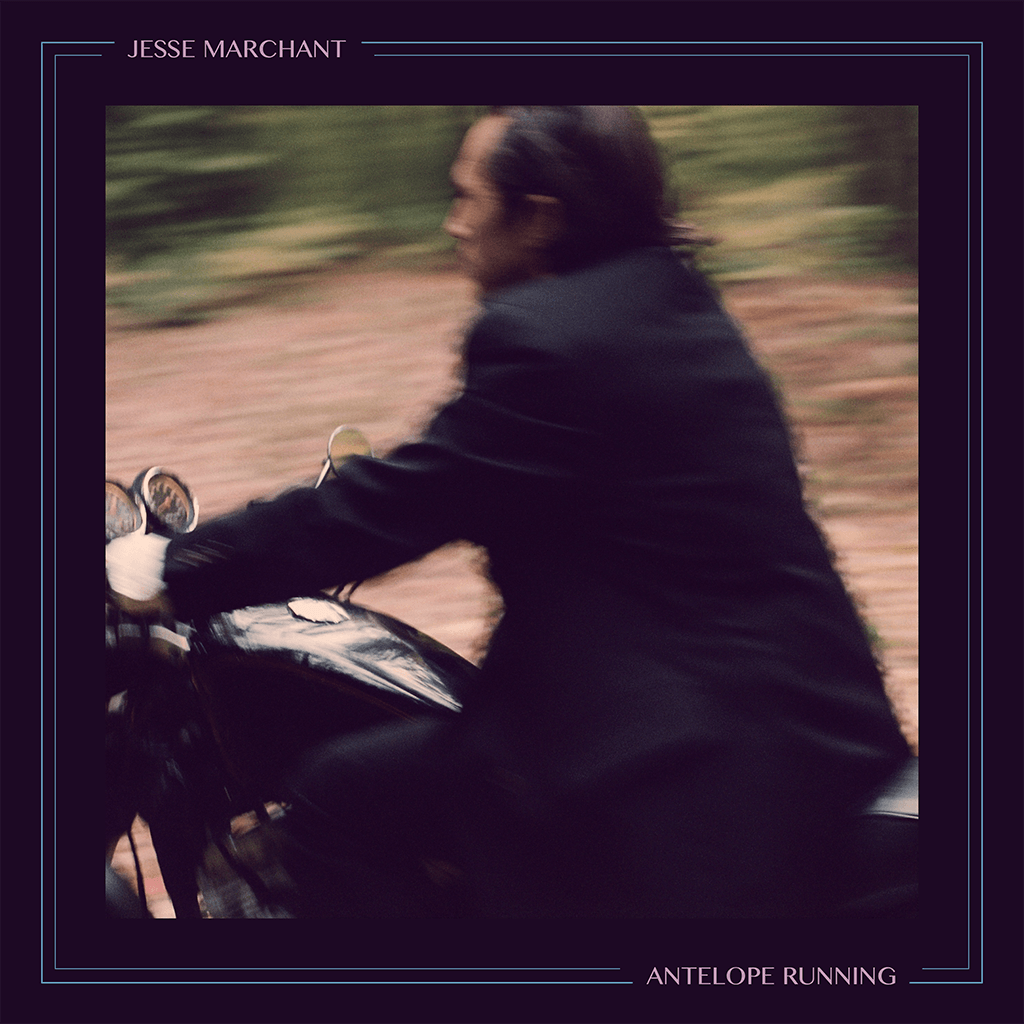 The album was recorded at Daniel Goodwin’s Isokon Studio, Woodstock, NY in September of 2020. The band and I all quarantined and tested before so that we could work together in close quarters without having to worry. The band in question was my longtime drummer Jason Lawrence and Logan Coale on Bass and myself on guitar, piano or synthesizer. We rehearsed the songs at the studio a few days prior to recording so that we could gel our performance as a rhythm section. The songs were then recorded live as such, without the use of a click and with minimal edits.

Dan was engineering the session and he would often work out guitar or synthesizer parts from the control room as we were recording takes. He’s very good at working his end quickly so instead of being a distraction, those contributions enriched the live takes for us. After the rhythm section was down and tight, Dan and I took another week to fill out the songs with guitar, piano, synth and percussion overdubs, as well as re-recording vocals. Stuart Bogie later added his woodwind parts from his own studio in Greenpoint, BK. I was an admirer of his playing so I only gave him minimal direction as to what I wanted. I love what he added with his parts. So, Dan and I produced the record together, and he mixed & mastered it at the same studio shortly after our completion.

2) The album’s lead single, “Go Lightly,” leans more abstract than other songs on Antelope Running. Considering the events and ongoing trials of the last 12 months, are you thinking more abstractly as a whole, and do you think your new songs reflect that? 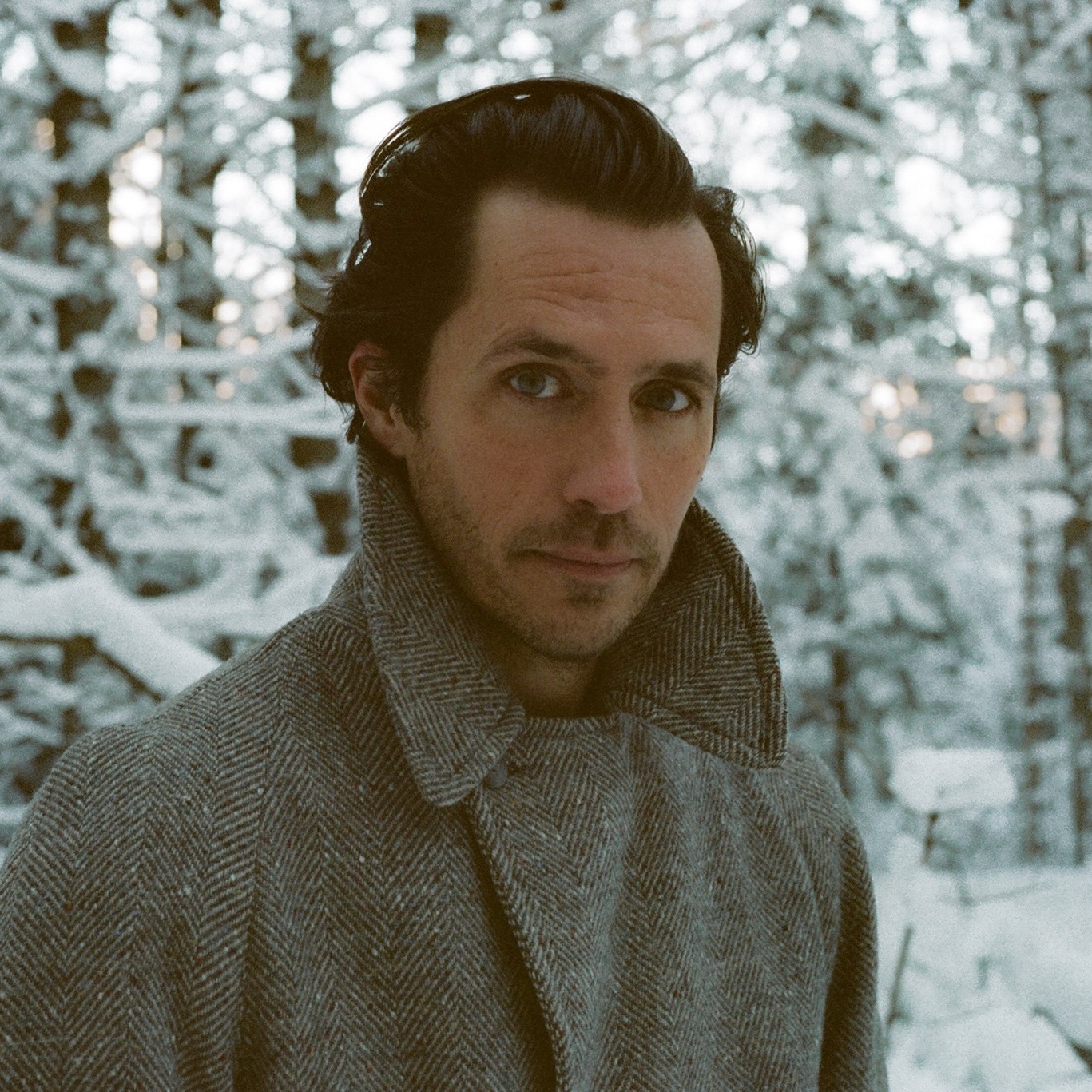 Hmm, that’s hard to say. I don’t think so. Song meanings tend to come to me first in images, memories or imagined ones, so it depends what it is that has come to mind, and how I’d like to go about describing or talking about that particular topic. Some things are more effective spoken of literally, while others are better conveyed in abstraction.

3) In the official video for “Go Lightly,” you’re seen walking alone from the streets of NYC out to the icy wilds of Adirondack Park, and then abruptly back to the city again. Your life has been a great mix of rural and city living. What are your thoughts on the balance between city and seclusion and what inspired this photograph-driven music video?

This is an interesting question that resonates. I have spent my whole life living in that balance and I feel lucky to have experienced city and rural (or secluded, really) living since I was an infant. It has led to my being split in a way where I feel the need to spend time in both places to feel nourished, spiritually and intellectually. If I experience too much time in civilization, or in the absence thereof I become depressed, so I am usually looking to strike a balance to feel happy. The Adirondack Park is a place I’ve gone my whole life and I am deeply comforted by its life and landscapes. The same holds true for New York City. The idea of using images was all Chris Abbott’s idea. It was one that came to him while listening to the record, walking the streets of NYC. He and I share in common an affection for walking the city alone, listening to records in full on headphones.

4) Another new single, the cinematic and completely captivating “An Accident (From 3 Perspectives),” recounts a personal story of a near-death experience that you’ve told to close friends over the years but have never written about. You’ve described your songwriting process as “extremely private.” Still, could you tell us about that unique feeling that comes with an epiphany like that, remembering a traumatic experience in detail and turning it into a song to be shared with everyone?

That was one of those moments that I’ve heard songwriters talk about, where the words come in a flood. A song that writes itself. Once the idea came to me to uncover that old experience and write about it, it was quick. So much so that I doubted the validity of the song for a while. Through playing it over and over, I realized that I had in fact managed to convey something that felt deep and true to me, so the song and lyrics particularly, ended up earning my respect.

I’m not sure what much I can offer the world as an individual. I hope to provide comfort to people who need it when they listen to my songs, and to contribute in their having a loving and tolerant outlook on their lives. I have a deep curiosity about what can fundamentally be improved, how we can effectively live on a planet that offers equality and dignity to its inhabitants and lifeforms. I’ll continue to educate myself and my kin on those topics, contributing where and when I can be helpful.

Bonus: What’s your favorite make and model of motorcycle and your ideal place to ride?

The motorcycle I am riding on the album cover is one that I have owned for nearly twenty years. It was gifted to me in Los Angeles from my lover at the time when we were living there, and I have been many places with it. It’s an ’88 Harley XLH883 and it’s my favorite machine I’ve owned. I love it. My favorite places to ride it are through the Adirondacks, the White Mountains in New Hampshire, the coast of Northern Maine… I go there on motorcycle trips with my brother. Out west, the desert near 29 Palms and the canyons between HWY 101 and PCH. Other grail motorcycles are late 90’s Ducati 748’s and early to mid-80’s Harley FXR’s. ’72 Norton Commando, among others.