You are here: Home / News / 5 Questions with Jeremiah Tall 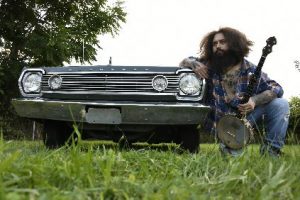 Jeremiah Tall, who makes his home in Bucks County, Penn., released his latest full-length album, From Bare Bones, earlier this fall.  It’s a foot-stomping, Americana and folk-tinged collection of songs that would be equally at home played around the campfire or a festival stage.

“From Bare Bones, came from a place of stripped back songwriting with the full intention of keeping the recording process low key with limited overdubbing,” Tall says. “I fell far off the mark while recording the vocals. With each layered harmony, the songs seem to call out with a howl that is now a signature mark on this album.”

Tall is definitely an artist who we feel you should know, so DittyTV Senior Editor Tim W. Jackson got in touch with him for this 5 Questions segment.

1) Let’s start by going back a bit: Where did you grow up and what do recall being your first introductions to music?   I grew up in Hatboro, Pennsylvania. My introduction to music was from my mom—Magical Mystery Tour and The White Album (by The Beatles). She spent a lot of time singing and dancing with me to those records.

2) And then building on that, you seem to be musically proficient. What instruments do you play and what was the evolution of picking up each one? Playing is a relative term. Lol. I started playing drums in school then moved on to bass, guitar, and piano. After that it was on to more folky instruments like banjo and mandolin. But I’ll try to play and write with almost anything I can get a hold of. 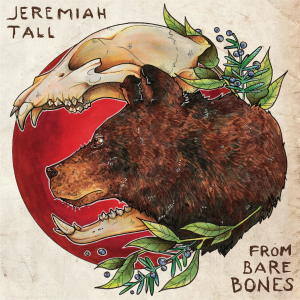 3) Your album From Bare Bones was released this fall. I would say it’s “different” and “interesting” in the best ways. What can you tell me about the recording process for that album?  It was long. I did a lot of growing and learning during that time. The songs were recorded multiple times in different ways before I found what I wanted.

4) And even though that album has only been out a few months, as we near the end of 2019, what are your musical plans for 2020?   Touring and recording a new record. I plan on a new record being released as Jeremiah Tall with The Lore. I have been playing a lot with those guys lately and I love what we are doing and I want to put that down. And it’s another excuse for vinyl.

5) Finally, I’m always interested in the lives of independent artists and what they do away from music. So how do you spend your time when you’re not playing live or otherwise working on your music?   Working, working, and working. That’s the only way to fund a gear-hungry life. I like to get away by relaxing in the Pennsylvania mountains! 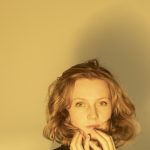 Americana Around the World: Louien… 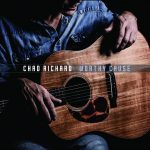 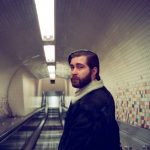