Produced by 4-time Grammy winner Ben Harper, Hey, King! is an 11-track collection that matches the overwhelming emotional intensity of the band’s live show. In fact, many of the songs were directly informed by the 2018 North American tour where Hey, King! opened for Ben Harper and the Innocent Criminals. The songs on the self-titled album (releasing April 2 on ANTI- Records) are bursting with life, color, and charm. Canadian songwriter, vocalist, and multi-instrumentalist Natalie London and her partner, Tucson, AZ, vocalist and percussionist Taylor Plecity, approach music with a childlike curiosity and adventurous spirit.

Stay tuned to the network for an upcoming DittyTV Debut Video from Hey, King!, but until then let’s get to know a bit more about London and Plecity with this 5 Questions segment.

1) For those who may not be familiar with Hey, King!, what can you tell us about the formation of the band a few years ago and how the two of you first connected?
London: The origins of the band came about as I was recovering from a near-death illness that left me bedridden for years. I’d watch the Spike Jonze film Where the Wild Things Are and long for an outlet for adventure, rage, and wanderlust so as I created a new band along with my new life, I kept hearing the wild things yell for Max “Hey, King!”

When Taylor and I fell in love, I couldn’t believe how talented she was, not only as an actor and filmmaker, which is her first medium, but as a musician. When she joined the band, it created an entire new depth and synergy that you can feel through the whole album.

Plecity: Natalie has written and arranged some of my all time favorite songs, so when she asked me to join her band as a permanent member, I not only was ecstatic with joy but also became determined to keep leveling up so I could stand next to someone as incredible as her on stage and in the studio. But as far as how the two of us connected, it was one of those seeing each other from across the room moments.

London: 100% it felt like the whole world was in black and white and Taylor was in color, still feels that way. Best decision I ever made was March 17, 2015, walking across the room to shake her hand.

2) Congratulations on the 6-year anniversary of that big event this week, and best wishes for many more. Hey, King! had the opportunity to open quite a few shows for Ben Harper, you know, back when tours were a thing. And that led to him producing your upcoming album. How did the Hey, King!/Ben Harper connection come about?
London: Ben heard us play for the first time when we were hanging out with his wife, Jac, my longtime friend, and showing her some new songs. Ben wasn’t there and came home halfway through us playing her a song and we immediately connected. When he took us on the road with him as his opener it was a dream come true. I miss the shit out of touring. There is nothing like connecting soul to soul with people from all over the world.

Plecity: Some of my favorite memories from touring are how we used to couch surf at strangers’ homes since we didn’t have money for hotels. We would offer them to play a living room or backyard concert in exchange for staying the night. There was one place that we played for an entire high school football team! Man, I can not even begin to explain how much I miss touring. The greatest parts of touring were meeting all the different people and connecting through music. 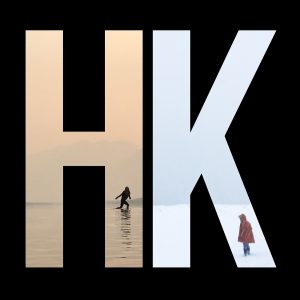 3) Let’s talk about the upcoming album just a bit. It’s one of those rare projects that doesn’t have an “off” song. Y’all managed to put 11 amazing songs on the album—such a great mix of hard-driving, energetic songs and beautiful, gentle songs. So what can you tell us about writing those songs and choosing the 11 that made it to the album?
London: Oh man you just made our day, thank you. We try to serve each track exactly what is needed for them without thinking about the record as a whole, our hope is always that each song takes you on an emotional journey.

Plecity: I think Natalie nailed it. These songs were never thought of as part of an album but as individual stories.

4) And how about the recording process itself? What was it like working with Ben in the studio, and who were your other collaborators on the album?
London: The most amazing part about working with Ben in the studio was the fact that it became this crazy musical wonderland. When I would throw out wanting to use vibraphone, for instance, we wouldn’t just grab a keyboard and a MIDI sample, Ben would hit up someone to go to his storage unit and next thing we knew we’d be jamming out on a 4-foot vibraphone. He gave us the space to see our ideas fully through.

Plecity: It was really something working with Ben. Whenever Natalie would think of an arrangement, Ben did everything to make it come to fruition for the song. That was truly a gift.

5) Being part of any collaborative team—like a band—is not easy. Then add in the extra layer of a relationship with one of those members? Whew. How do the two of you balance the business and personal relationships?
London: Name-tags. 100% best idea ever.

Plecity: Ha! Yes! Name-tags are a lifesaver. We created physical name tags to compartmentalize different aspects of our relationship: bandmate, co-director, girlfriend, etc. Helps bring some humor to the stress and remind each other to not take everything personally.

London: Overall, though, it’s incredible doing this together. The lows can be hard ’cause we are both experiencing them and can’t necessarily be an objective source during those times. But damn, there is nothing like experiencing the greatest highs with the love of your life. To be on stage together in front of 5,000 people in the middle of Anchorage, Alaska, or the high of hanging out with new fans in the middle of the night in Missoula, Montana, to have the chance to do all these adventures together is nothing less than a miracle.

Plecity: Seriously, I still have no idea how in the world I was lucky enough to find her, let alone be able to share this crazy artistic journey of music, film, and sharing my life with the greatest human I’ve ever met!

London: I’m putting on my girlfriend name tag and buyin’!