You are here: Home / News / 5 Questions with Chip Greene 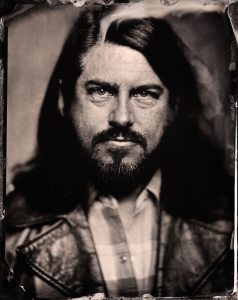 You may recall DittyTV hosting the world premiere of the Chip Greene video “River Song” back in October. He also released the the title track of his album In My Town as a single last month. (You can see the video for that song below.) We wanted to know a bit more about this intriguing artist, so DittyTV Senior Editor Tim W. Jackson touched base with him for this 5 Questions segment.

1) Unlike most “Nashville musicians,” you actually grew up in the Nashville area, so what can you tell us about growing up near the Music City and how that had an impact on you musically?
I think the proximity to an extremely wide variety of very good live music had the most impact. I grew up in McMinnville, about 60 miles southeast of Nashville. My formative years were spent seeing epic shows at Starwood Amphitheater and Murphy Center at MTSU. Lucky for me, both of these were east of Nashville. I saw the original Lollapalooza tour, U2, Tom Petty, Billy Joel, and many other live legends at these venues. Once I was old enough to drive into town, I saw my first club show at Exit/In. My friends and I would talk our way into shows (even though we were underage) at places like 328 Performance Hall & Lucy’s Record Shop.2) Building on that, your newest album, In My Town, takes a look at Nashville’s past and present. What can you tell us about the album and the themes that present themselves? 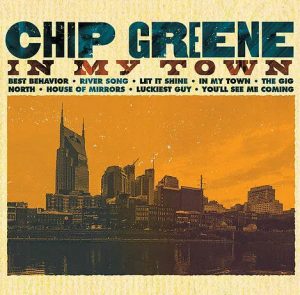 Beginning with the songwriting, I wanted to explore topically what I saw going on outside my window—the gentrification of the city in the title track, the dual qualities of beauty and destruction inherent in a powerful river like the Cumberland, that has the potential to flood the city. That song also touches on surrendering to and respecting the power of the river.

3) You had an interesting foray into music. What can you tell us about being homebound after a motorbike accident as a teenager and how that got you interested in music?
This was a new chapter for me. I was home alone with the piano much of the time, just figuring it out on my own. It was, in retrospect, kind of a self-guided musical therapy. It probably saved my life. I mean, I was in pretty bad shape after getting hit head-on by a passenger vehicle. The doctors that took care of me literally saved my life, of course, but music gave it meaning. I started writing before I even knew a thing about what I was doing. Then came playing in bands, then actually studying music.

4) As you know, the music industry is an impatient one, so what’s next for you? What have you been working on, and when might we hear some new music from you?
I am always collecting new ideas. The musical songwriter never really stops. I have a ton of fragments that will become the songs for my next project. I’ll stitch those together, then write lyrics that are appropriate for the music. I always write from a musical point of view, rather than a lyrical point of view. I like the music to be able to stand on its own. I do have instrumental versions of everything in my catalog and have been lucky enough to have those used in TV/film projects. I’m kicking around the idea of writing and producing a single with my friend Benjamin A. Harper of the band Smart Objects right now.

5) And finally, because you do have a long view of Nashville, if a music fan was visiting the city, what would be your recommendations of what to see and do?
Off the top of my head, there are a few places that you should check out, and I’ll break them down by neighborhood. First, visit the Rock Block. Elliston Place is home to the legendary Exit/In, The End, Cafe Coco, and other tried and true Nashville staples. The 8th Avenue corridor has The Basement and the Cannery Row complex housing Mercy Lounge & The High Watt. While you’re in the downtown area, you gotta check out Robert’s, The Ryman, and Printer’s Alley (Bourbon Street, Snitch). Head across the river to East Nashville, and get a real feel for the local scene in places like The 5 Spot, Crying Wolf, Basement East, and Cobra. A short drive a little further east brings you to Dee’s in Madison. You’ll be happy you made the trip.
Thanks, Chip. We hope to see you in Nashville sometime soon! And now let’s finish up with your video for the song “In My Town.” 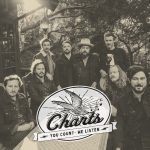 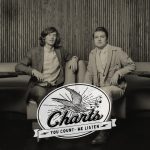 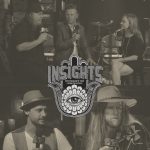