You are here: Home / News / 5 Questions with Chance Emerson

Chance Emerson made a name for himself in music circles by releasing a self-produced EP as a teenager a couple years ago. Then came his sophomore effort, which actually came to fruition at the end of his freshman year in college. Emerson just turned 20, and his album, The Raspberry Men, is a wonderful work released in March. A rising star in the music world, Emerson also has plenty of other ambitions, too. We wanted to know more about this guy, so we dove into 5 Questions with Chance Emerson.

1) When talking about early musical influences, you don’t have too far in the past to ponder. So what can you tell us about your musical influences and how living in Taiwan, Hong Kong, and the U.S. created those influences?
I just turned 20, which is both cool and terrifying—but mostly terrifying. I can already feel that sense of awe and fear leaking into the new songs I’ve been writing.

I remember listening to my dad cooking dinner to the sounds of The Beatles, James Blunt, and Oasis while growing up in Taiwan/Hong Kong. When I moved to the States, I started listening to bands like the Grateful Dead and was exposed to the acoustic singer-songwriter tunes of John Mayer and Ben Howard. Most recently, I’ve been listening to a lot of Matt Corby, Noah and the Whale, and also Madison Cunningham’s newest album.

As I grew up, music grounded me in all these disparate communities, and I think it’s natural that a so-called universal language did that for me as I navigated these different cultures.

2) You got on the music world’s radar when you released your self-produced EP in 2017. How did that come about, and how did its success shape your goals in terms of a career in music?
I had been writing songs since I was about 14, and I had always thought it would be cool to one day release some of them in a more polished form. I realized a little later that nobody was going to come around and let me know it was time to do that, so I decided to record an EP during my junior year in high school when I met my friend, Finn George, who co-produced the EP. He was far more savvy to the music production side of things and together we crafted the five songs over many long days in our makeshift studio in the music building’s attic.

The songs really resonated with people. Friends, family, and even strangers reached out. They asked for more. When I realized that my music held value beyond simply my personal fulfillment, it was really exciting. The response to my first EP made it very clear what I want my music and musical career to do: make people feel things. 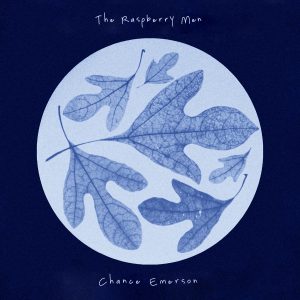 3) Your album The Raspberry Men came out in March just as COVID-19 was starting to shut down music venues. What has the reception been for the album, and how have plans changed regarding your promotion of the album?
My album came out on March 6th. It was certainly one of the coolest days of my life. I had just gotten back from Worcester, Mass., where I premiered some tracks on the album and played live on WICN. People I hadn’t heard from in ages were sending me messages and strangers were reaching out and sharing the tunes with their friends. It was really gratifying to see that my music still mattered. Sometimes if you haven’t released anything in a little while, you start to wonder if anyone still cares. I’m really happy people did.

I played a few shows promoting the album including a fairly rowdy set in my college’s dining hall. I’m unfortunately banned from playing music there now because I think there were a few hundred more people than anticipated. It was insanely fun. The last show I played was a concert at The Middle East in Boston on March 11th. The next day, my school shut down and I headed home to Hong Kong. It was crazy. I had a lot I was looking forward to and I’m certainly bummed to miss out on a tour I was planning for the end of March and also a string of shows down the Eastern United States this summer, but I can’t wait to get back out there as soon as it’s safe for everyone. I consider myself pretty lucky that I was able to get a whole week between the album release and everything shutting down and was able to do a lot of the promotion I was hoping for, with the exception of those shows I mentioned.

4) What kind of insight can you give us about the recording of The Raspberry Men in terms of where it was recorded and collaborators?
The Raspberry Men was mostly recorded in a little shed up at my grandparents’ house in Maine, but bits and pieces came from all over. I think that all the movement in recording this album was somewhat fitting considering my upbringing. Portions were recorded in New York City, at home in Hong Kong, Providence, and Massachusetts.

As far as collaborators go, they were mostly on the production side. I met my buddy Palmer Nix during the first few weeks of college and he became the mixing engineer on the album. Finn, who co-produced the last EP, was a really valuable set of ears on the new songs as Palmer and I worked to finish up the album. The writing, recording, and arrangement/production process was more or less a solitary effort. I learned a lot and explored a lot by doing this, but I’m psyched to be working far more closely on the recording/arrangement/production process with other musicians now. It’s really expanding the way I create and I’m psyched to share what comes of it as soon as something is ready.

5) Let’s finish up away from music. You’re a college student in Rhode Island. What’s your major (if you’ve declared one), and between releasing an album and COVID-19, what has 2020 been like for you in terms of your college experience?
I’ve just wrapped up my first year of college. At the moment, I’m hoping to major in astrophysics or something along those lines. I’ve still got a little time to figure things out, though. Archaeology really appeals to me, too.

I had a really awesome year until COVID-19 cut things short. One of the highlights was that I started playing with a band. It’s been fun to see how that has affected my songwriting process. I’m now writing with five instruments in mind and the songs have sounded much more “live” when recorded as a result of these changes. I also definitely lived in the singer-songwriter realm for a long time and became accustomed to coffeehouse performances. All of a sudden, I’ve been playing more rock-inspired tunes in far more energetic shows. It’s less of a mellow affair these days.

After the shutdown, everything was moved online. The time difference from here in Hong Kong wasn’t ideal for staying on top of courses and keeping in touch with friends and bandmates, but things worked out and I’ve settled into more of a rhythm now. Granted, that rhythm may or may not involve going to bed at 4 a.m. on occasion, but I haven’t experienced too many negative side effects just yet. I’m not sure what will happen in the fall, but I’m trying to stay cautiously optimistic. Until then, I’m just hoping to stay busy, stay healthy, and keep making music.

Thanks for your time, Chance, and don’t college students stay up until 4 a.m. all the time anyway? 😉

We hope that folks will enjoy your video for the song “Annabelle” here. Best wishes to you!