You are here: Home / News / 5 Questions with Carsie Blanton 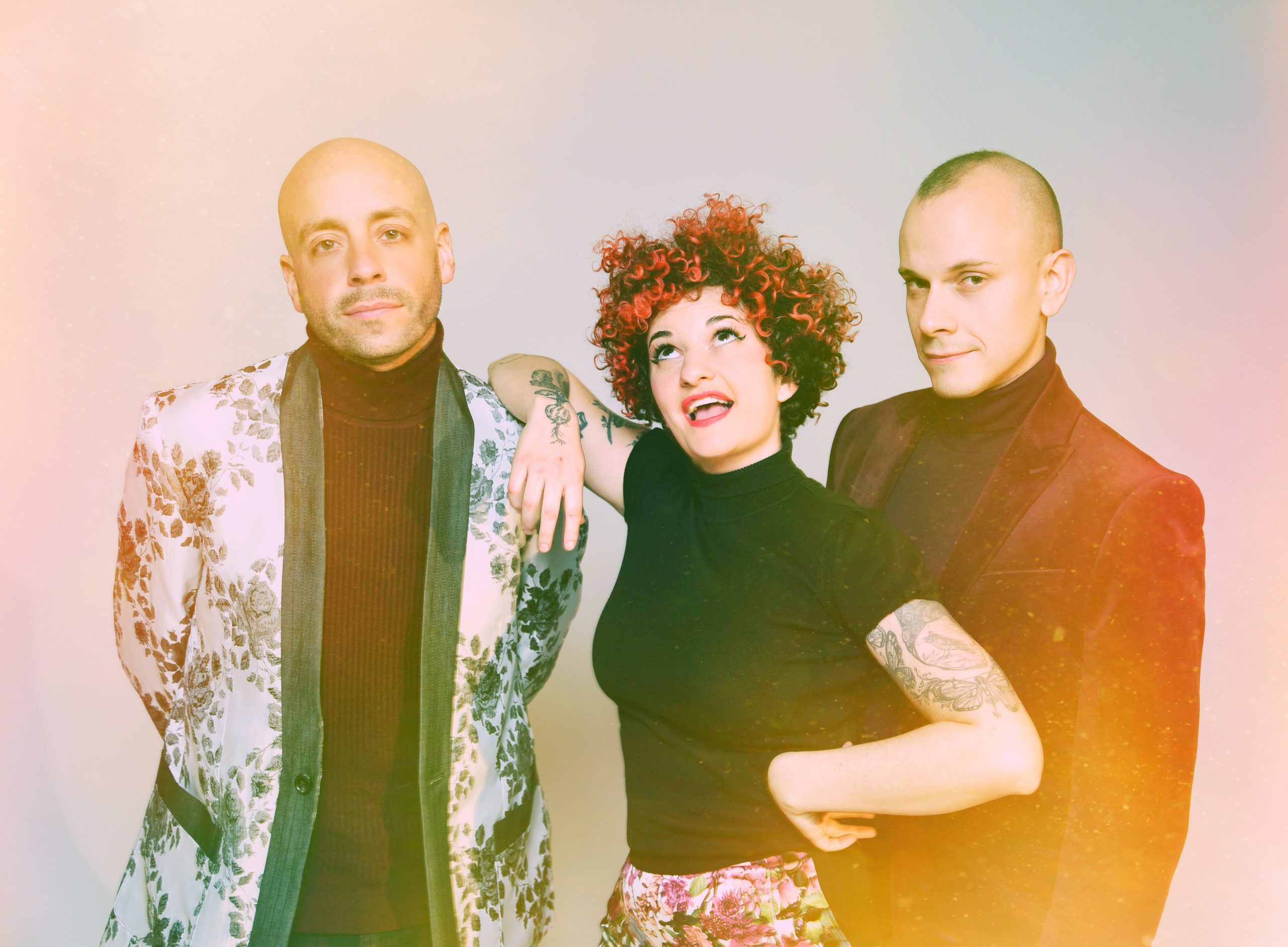 Carsie Blanton is set to release her new album Love & Rage this Friday, April 30, an album which she says is meant to be a soundtrack for the people who are doing the tedious and grueling work of revolution. 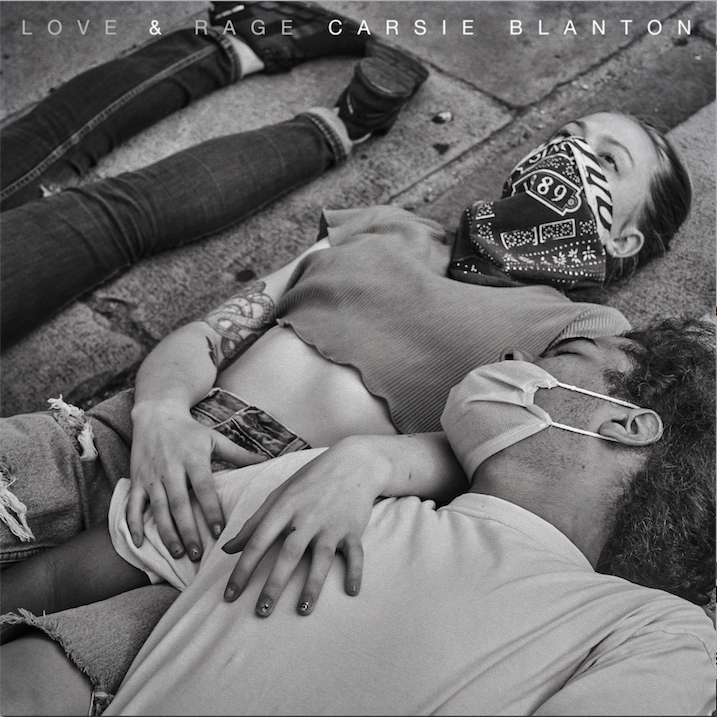 Blanton writes anthems for a world worth saving. Inspired by artists including Nina Simone and John Prine, her songs swing blithely from sultry jazz ballads to pop-punk protest anthems, all with an equal dose of moxie and mischief, bringing her audience together in celebration of everything worth fighting for. On Love & Rage, Blanton explores themes of justice, protest, and apocalypse, leavened with her trademark sense of optimism and humor. If we’re headed for the end of the world, Carsie wants to make sure we go down fighting, laughing, and singing.

1) You grew up on a cattle farm in Luray, Virginia where you were homeschooled by your parents. As someone who was also homeschooled (for elementary and middle school), I’m curious what effects that you think such an education played in your often bold and imaginative approach to art and expression at large?

Homeschooler high five!! I think homeschooling (we actually called it “unschooling”, to distinguish it from various conservative/religious school-at-home movements) prepared me really well for the creative process, which has to do with following one’s internal sources of motivation (curiosity, pleasure, passion) rather than external ones (rules, schedules, authorities). It also was a great way to prepare for the current music industry, which is changing so rapidly that there are really no guidelines or experts (despite what you may hear).

2) You will be releasing your new album Love & Rage on April 30. Tell us what led to the making of this record and how it feels to share it finally and who was involved in the recording process and how you chose them. 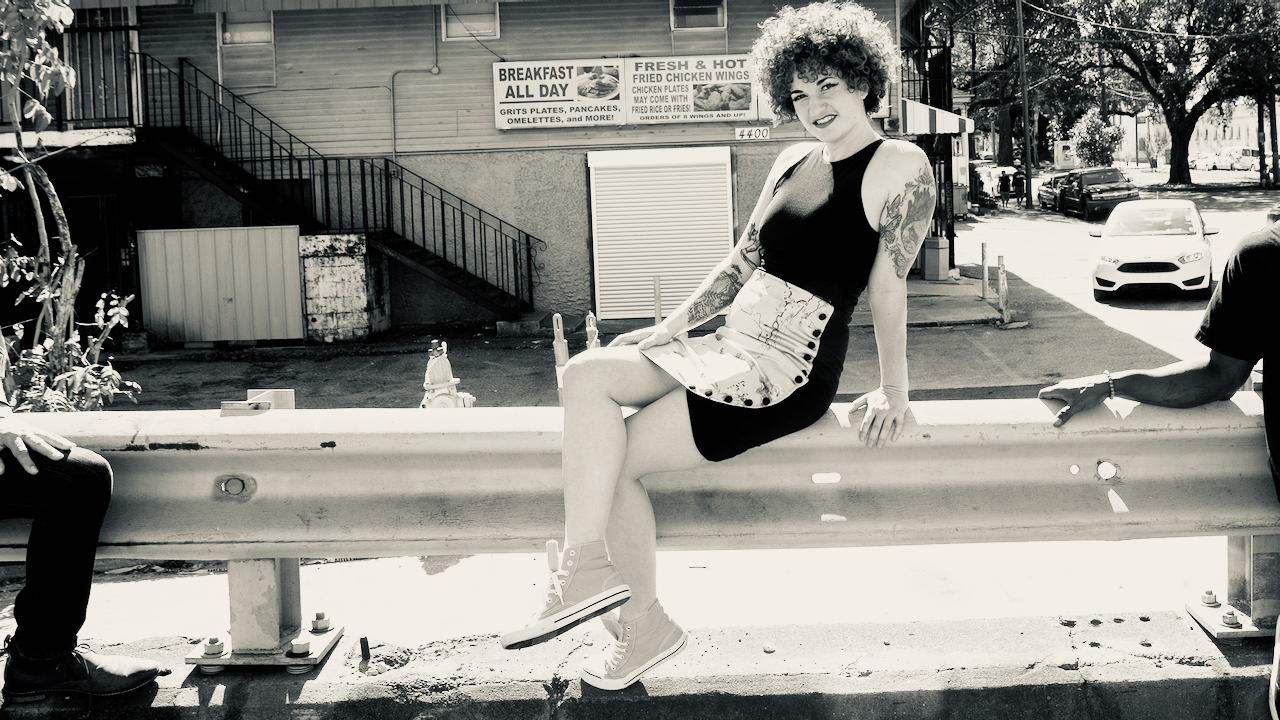 In recent years, the enormity of the political, social, and environmental crises we face has changed my understanding of the world and my place in it. As we entered the ‘Screaming Twenties’ – what seems poised to be a long and chaotic decade – I found myself thinking a lot about a quote from the writer and activist Toni Cade Bambara, “The role of the artist is to make the revolution irresistible.”  Love & Rage is meant to be a soundtrack for the people who are doing the tedious and grueling work of revolution.

We had planned, pre-pandemic, to make this record in the summer of 2020. It didn’t turn out looking the way we imagined, but we did still get to work with our dream producer (Tyler Chester). We recorded a lot long-distance, us in Philadelphia and Tyler in LA, and then ended up driving to LA in August, despite the pandemic and the terrifying California fires. The band and I (Joe Plowman, Patrick Firth and myself) packed tents and slept at KOAs all the way across the country!

As it turned out, the pandemic had a silver lining for record-making, which was that many of our musical idols (Jay Bellerose, Smokey Hormel, Pete Thomas, Mike Viola) were at home instead of on tour. We were able to play with a pretty outrageous team, long-distance!

3) The last year has delivered many highs and lows, but inspiration can be found in unexpected places. What are some unusual circumstances that have inspired you and made their way into the songs on Love & Rage?

The Black Lives Matter protests of summer 2020 made it into a couple songs, most notably Down in the Streets. I found that time to be incredibly unsettling, and full of rage and love.

4) As an activist, what’s on your heart and mind to share and to raise awareness about, and what would you encourage readers to do to be engaged? 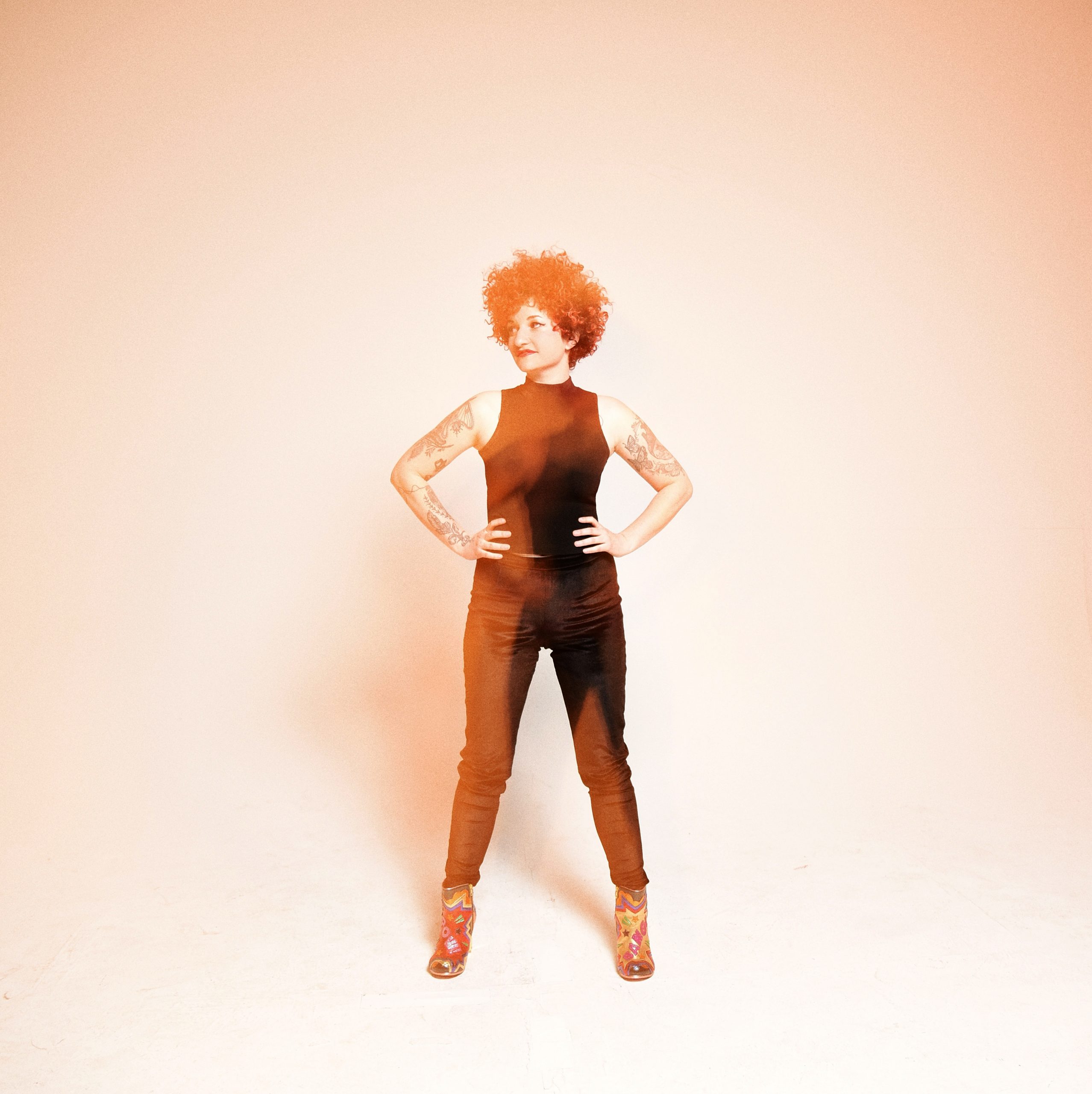 Capitalism is dying. Our actions will determine who dies with it, and what system replaces it. So these are the questions I’m asking myself, all the time:

How can I help create a future that prioritizes life, and promotes justice and solidarity?

How can I help oppose a future that prioritizes power, and promotes division and deprivation?

These are big questions, but the answers are small. There are movements towards socialism and against fascism in every town and city. Find one, and be of service to it. Personally, I’m working with the Philadelphia Liberation Center (a branch of PSL), and playing little “thank you” concerts on Zoom for organizers all over the country.

5) You’ll be hitting the road for the first time in over a year in June, with stops along the East Coast in Boston, NYC, Philly, and more. Though it’s a slow progression, you’re finally getting to tour again. How does it feel, what are you going to miss most about not touring (if anything), and what special plans do you have for these upcoming shows? 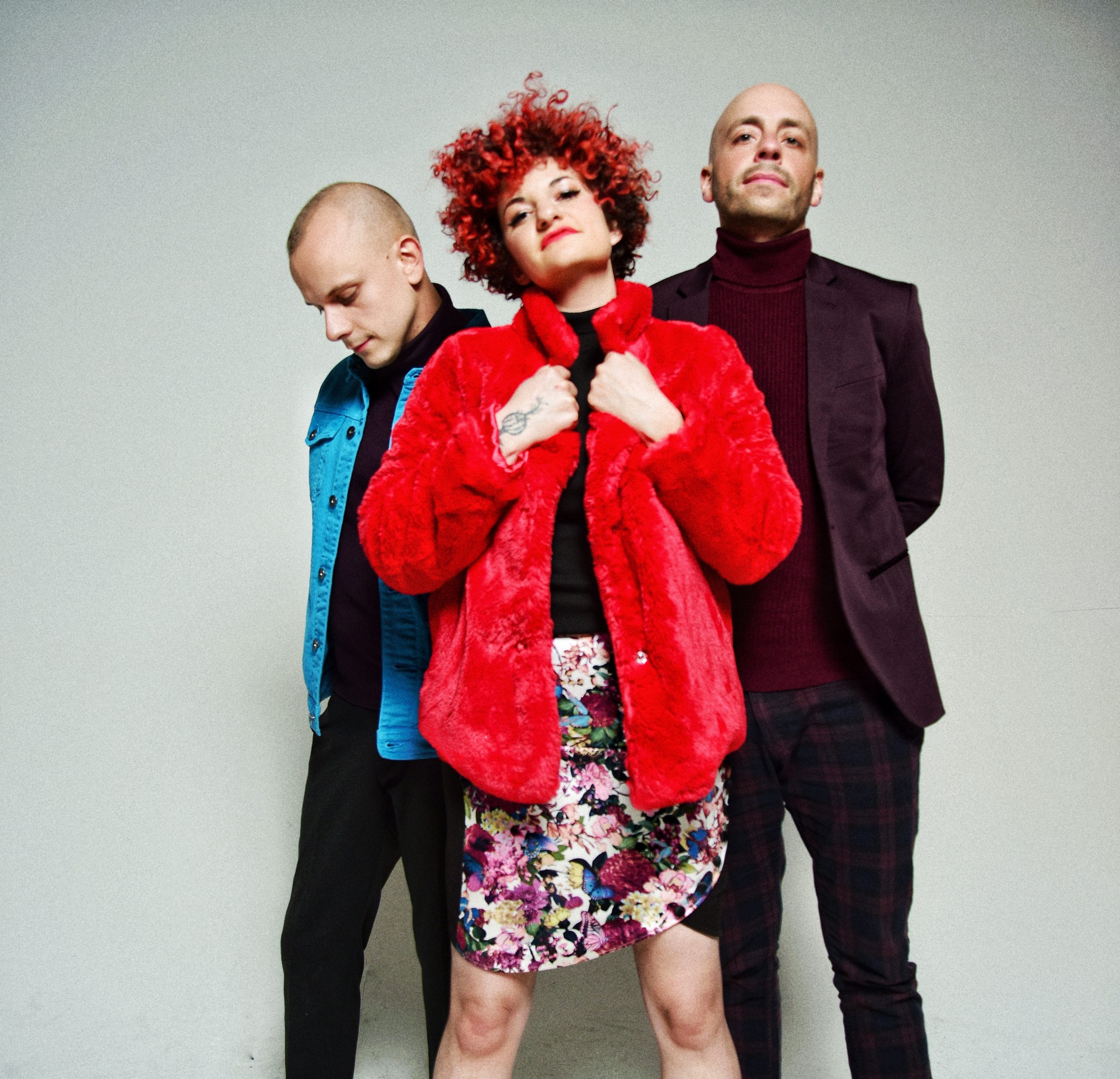 It feels amazing. I am giddy with possibility! I have never felt so overwhelmed by the privilege of being on a stage, in a room full of human people. I plan to use it.

Bonus Questions: Let’s say, hypothetically, that you’re about to receive a phone call from an unknown number. Let’s also say that the caller is a musician that you adore. You answer. Who is the caller and what do they want?

Dolly Parton calling, to ask me to join her international Moderna vaccine distribution tour (she helped pay for it, she should get to share it!)