You are here: Home / News / 5 Questions with Bruce Sudano 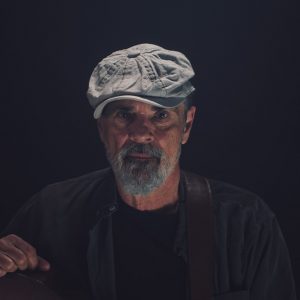 Brimming with romantic emotion and biting observations about the state of the union, Bruce Sudano’s EP Spirals Vol. 2: Time and the Space In Between marks the Los Angeles singer-songwriter’s second release of 2020 on his Purple Heart Recording Co. label.

The seven-song collection succeeds Spirals Vol. 1: Not a Straight Line to Be Found by six months. Taken together, the two volumes of Spirals exemplify Sudano’s continuing commitment to musical evolution, and to working and living in the now. We wanted to check in with Sudano as Spirals Vol. 2 has just released, so we welcome you to this 5 Questions segment.

1) We’re going to talk about the past, present, and future in only five questions, so let’s start with the past. You’ve written songs for a number of people, including your wonderfully talented late wife Donna Summer. What song of yours performed by someone else stands out as a favorite for you?
I would have to say it’s not the obvious ones for some reason. I tend to favor the more obscure covers of songs. For instance, the two favorites that come to mind right now are, a song I wrote called “I’m a Rainbow,” which was recorded by Donna, and then a version of “Tell Me I’m Not Dreaming” recorded by Robert Palmer that I like very much.

2) You’ve released music this year in a fairly unique way, with an EP in the spring and now one just released this fall. What was the process of recording these songs, and who were the collaborators on the EPs? 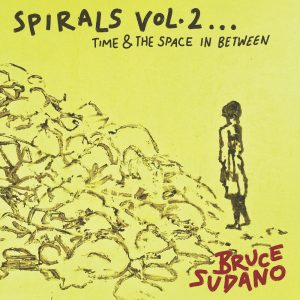 Once I had the songs written, the records basically took a year to finish. For Spirals Vol.1, the songs were recorded in New York City at Shelter Island Sound produced by Steve Addabbo. The five tracks were recorded over a two-day period, but from there we worked sporadically because I was traveling in and out of New York a lot in those days playing shows, etc. I was working on Spirals Vol.2 at the same time, but the majority of that record was done in Los Angeles with Randy Ray Mitchell producing. I think they complement each other nicely.

3) This has been your first solo music released in a few years. What was the impetus in writing these two volumes of music?
I’m writing all the time, and as I start to compile songs a vision of the “next project” begins to appear. For these records, there was a confluence of emotions. I was processing personal loss and the fever of a new love. At the same time the American drama was playing out before my eyes. All of this is fertile ground for a writer. So, there are songs of loss, love, and social conscience on the records.

4) Let’s talk for a moment specifically about your powerful song and video “American Sunset.” You’ve said you wrote the song out of concern for the direction of your country and as a warning. What specific issues were you grappling with that led you to write about the dimming light of America?
It just seems to me that America has gotten away from its core principle of integrity. Greed is rampant, truth is undermined, compassion is thrown out the window. Leadership is dividing the people hard left and hard right for their own advantage. Common sense and compromise are viewed as weakness. The inequality is staggering and can’t continue to be ignored. All of this and more are the issues that lead me to write about “the dimming of the light” in “American Sunset.”

5) We’re on the eve of a major election. We’ve been in a pandemic. But personally, you’re a newlywed and putting out new music. So beyond the ups and downs of 2020, what’s on the horizon for you—musically and/or personally?
It’s a little difficult right now to see beyond the horizon, but I imagine I will continue having a conversation with my audience, writing new songs of life and love. I will be enjoying my grandchildren and my family. And I look forward to the day when I can get back out on the road, play my music, and interact with people in person. I also hope that I will be able to contribute to the healing of our country, to be a voice of reason with a heart of understanding.

Thanks, Bruce, and we hope everyone will enjoy your new video for “Keep Doin’ What You’re Doin'” when it has its DittyTV Debut on Monday, Nov. 23, in a special Animated Videos Edition of Tribes at 7/6c.