You are here: Home / News / 5 Questions with Bill Scorzari

Bill Scorzari, known for a sound that’s at times gritty and raw, has just released his third album. He says of the record, “During the past three years and beyond, I found myself in a place that demanded prolonged introspection and profound healing to be able to navigate through and journey past. This record is a journal of some of the lessons and discoveries that I’ve encountered along the way.”

Scorzari is a former New York trial lawyer, who has become a full-time musician in recent years. His songs center on the experiences of the human condition, and his lyrics offer a poetic grace mixed with melancholy and hope. DittyTV Senior Editor Tim W. Jackson touched base with Scorzari to talk about his new project in this 5 Questions segment.

1) Let’s start with a two-part question: Can you give us a summary of your days as a trial attorney in New York, and then what made you decide to finally make the leap into music as a full-time profession?
My work as a trial attorney in New York was focused mostly on helping people who had been injured understand and recover whatever resources and forms of compensation were available to them, to help them better live with and treat their injuries. I did that for a really long time and then it was time for a change. Music has always been a passion of mine from as far back as I can remember, and after my dad passed away several years ago, I decided to start transitioning towards writing and performing music full-time, which I’ve been doing for about 4 or 5 years now.
2) Your new album, Now I’m Free (just released Sept. 20), offers an impressive cast of players, including a couple alumni from the DittyTV Concert Series in Will Kimbrough and Erin Rae. What can you tell us about assembling such a group and the logistics in doing so on an independent record? 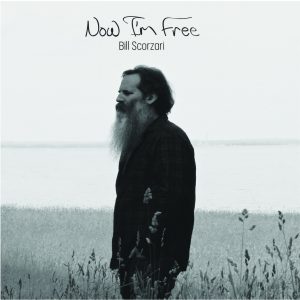 When I write a song I usually have a pretty good idea of what I want it to sound like and which instruments might best bring out the emotion I want it to convey. When I teamed up with producer Neilson Hubbard (The Orphan Brigade) and after he had a chance to listen to the songs, we started to talk about what the instrumentation might be for this record and it turned out that we both had the same thoughts about what might work best. After that, we thought about which musicians we wanted to bring into the studio to get it recorded.  Will Kimbrough, who had played mandolin and piano on my previous record, Through These Waves (2017), was an obvious choice, as was Brent Burke, who played Dobro on that last record, and Eamon McLoughlin, who played fiddle on that last record, too. Neilson also brought in Juan Solorzano to play some electric guitar and lap steel, Megan McCormick also for some lap steel and one of the harmony vocals, Michael Rinne on bass and Mia Rose Lynn for some more of the harmony vocal parts. I knew of a harmonica player in New York, Greg Krockta, and he played his part for the song “Steel Wheels” in a studio in my hometown in New York and we later mixed it into the song at Skinny Elephant Recording, in Nashville, Tenn., where we recorded this record. Neilson played all of the drums and percussion and piano parts for the album and we also reached out to Erin Rae, who sings the harmony vocal on the single, “It All Matters.” I’m really excited about how it all came out and am so thankful that everyone was available to be a part of this record at the time that we were able to go into the studio to record it!
3) The new album is filled with songs that show your talent as a songwriter. Can you tell us a bit about how you began mastering that craft, even while working as a lawyer, and what the words throughout Now I’m Free mean to you as an artist?
Well, I think that, like with most things, the more time and effort you devote to it, the better you’re going to get at it. That’s why I had decided to make the move to do this full-time, because I knew that putting anything less than 100% of my time and effort into it wouldn’t be enough to get it to where I wanted it to be. There’s a lot that goes into songwriting and trying to get the songs to a place where I’m happy with the results. I still always strive to do more. It’s all about trying to define an emotion in a way that will easily resonate with the emotions of the people who are listening. So, you want it to be general to reach more listeners but also very clear, with the hope that they’ll relate to it in the specific way that’s intended. Practicing as a lawyer also helped develop some of my writing skills. Most of legal writing is an endeavor to have your meaning easily understood with concise and emotionally impactful clarity. To me, the lyrics of “Now I’m Free” are all about a longing for love.

4) One song I have to ask about is “Yes I Will,” which, for those who haven’t heard it, we’ll just say is not your average Americana song. What can you tell us about the recording of that song?
I wrote that song after spending about a year and a half mostly just hiking for the better part of those days. I would set out early each morning and would make notes of whatever thoughts came to me, that I felt were worth remembering. At one point I sat down and turned some of those thoughts into verses that fit the rhythm of the music that came to me. The music is a repeated progression of four chords that I felt carried the emotional content of those thoughts. In the studio, Neilson was the only one who had heard the demo of the song before we recorded the track for this record. For everyone else that performed it in the studio, I just briefly showed them the four chords and asked them to play along to them for about 11 minutes. And that’s what we did. Just one time. What you hear on this record when you queue up “Yes I Will,“ is the first and only take we recorded. To me, that really speaks to the talent of all of the musicians that played on this record. They completely captured the essence of the lyrics and the music on the very first time around without ever having heard any of it before. It was an amazing and incredibly profound experience.

5) As an independent artist, you’ve shared the stage with a number of acts from Sarah Jarosz to Seldom Scene to Billy Strings and more. But if you could open for any act currently in existence, who would that be and why?
That’s a tough one. There are so many artists that I admire, it’s hard to pick just one. Gregory Alan Isakov would definitely be at the top of the list, though. I’ve been a fan of his songwriting for a long time and have seen him perform live many times. His music is just so amazing and his band is phenomenal.