You are here: Home / News / 5 Questions with Adam Wakefield 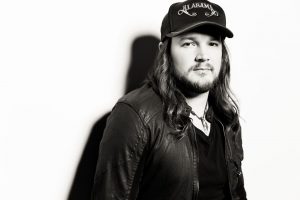 Make plans now to view the Concert Series premiere of Adam Wakefield Wednesday night (3/6) at 8 p.m. CST. Catch additional airings of the performance at 8 a.m. CST Thursday (3/7) or 1 p.m. CST Sunday (3/10) To prep you for the big show, here’s a bit more information about Adam in this week’s “5 Questions” segment.

1) Probably most of America is curious about the array of broadcast talent shows such as The Voice, in which you were a contestant for its 10th season. What’s your most unusual behind-the-scenes story from being on the show?
One night we snuck out from the hotel and we went down to West Hollywood, and the first bar we walked into … the other contestant I was there with almost got into a fight so I had to drag him out of the bar and take him to the hotel and keep him from getting kicked off the show. Thankfully he didn’t get kicked off because of that! Ha.

2) It’s not like you just landed on Earth for the first episode of The Voice, tell us a bit about what you were doing musically before auditioning for the show.
I was writing a lot and playing with my bluegrass band during the week. I was also out on the road playing keys and singing back up vocals for Chris Cagle. A talent scout from The Voice actually heard me playing with my bluegrass band at Soulshine in Nashville, and that’s how I got asked to audition.

3) Going back even further, you grew up in New Hampshire. What people or experiences attracted you to music growing up in the rural Northeast?
The only real exposure to music I had when I was a kid was my parents’ record collection. Your typical 60s hippie record collection—Crosby, Stills & Nash, James Taylor, Jimi Hendrix—pretty much anyone who played at Woodstock.

4) Obviously you’re riding a wave of success right now but what is the accomplishment that lead you to take a deep breath, smile really big, and think that you have truly made it in the music business.
I remember the day vividly. It was the day I got to skip all the lines at Busch Gardens and ride the roller coasters and pick my seat before all the “regular folks” got to sit down. And the best part is that they let me ride again if I wanted to! So I rode every roller coaster in the park twice in two hours.

5) And finally, if you could be any animal, what would it be and why?
I’d be a chimpanzee, so I could throw stuff at people and not get in trouble for it. 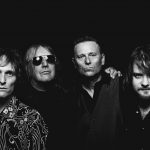 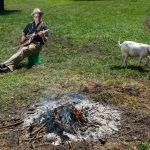 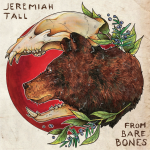