You are here: Home / News / 5 Questions with Adam Douglas

We at DittyTV love connecting with international artists. For the DittyTV Concert Series alone, we’ve recorded artists from Australia, Ireland, the Philippines, Croatia, Israel, and Finland, just to name a few. It’s not uncommon to find artists abroad who have a mighty large affinity for American music and whose dream is to come tour and even live in the States. 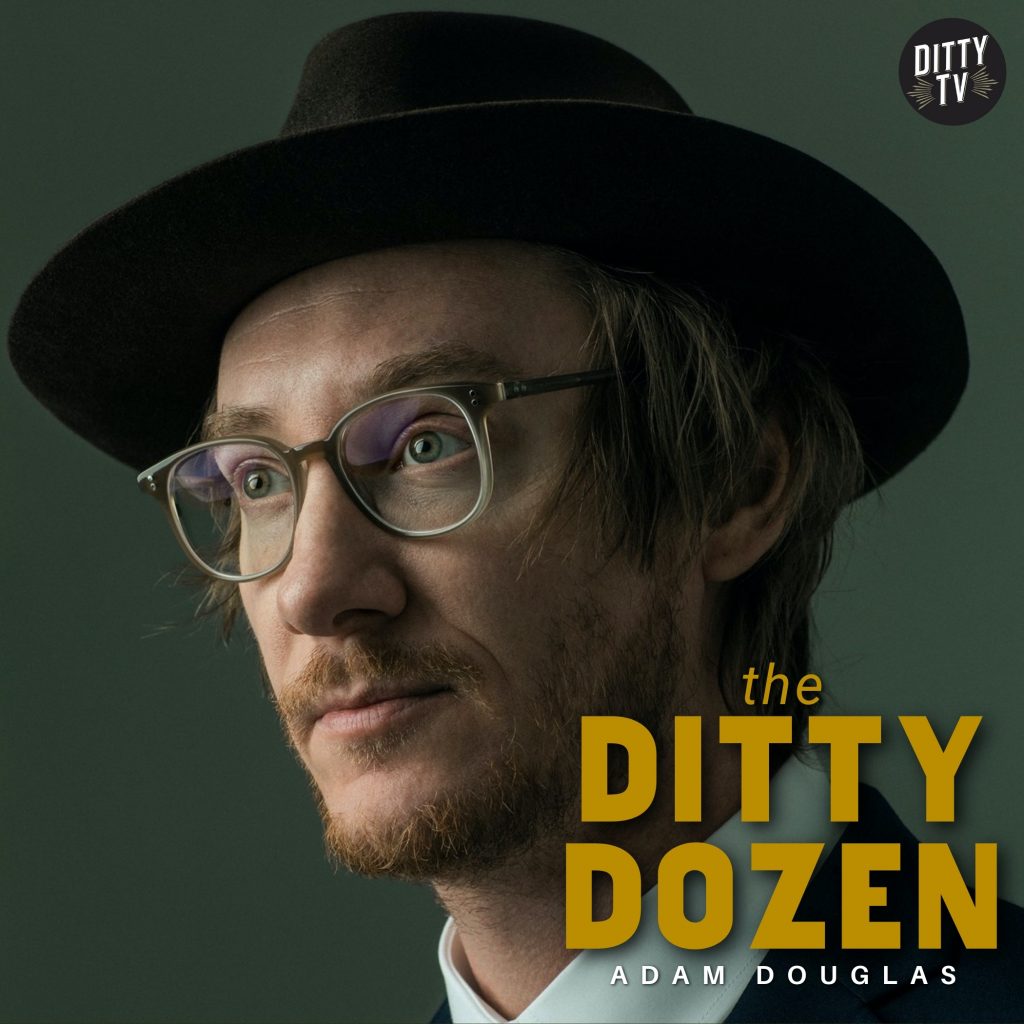 What’s less common is to find an American expat, making music, and making a living abroad. One such artist is Oklahoma-raised, Norway-based singer, songwriter, and musician, Adam Douglas. On March 5th, Douglas released his third full-length solo album, Better Angels, which quickly caught our attention, earned him a spot in The Ditty Dozen, and inspired us to reach out to get to know this simultaneously bold and easy-going artist.

1) You’re originally from Oklahoma, but you moved to Norway in 2007. What led you there, what keeps you there, and how have Oklahoma and Norway’s music scenes been compatible with your artistic visions?

Yeah, that’s correct! I was born in Virginia actually, but spent my formative years in the plains of Oklahoma. After finishing school, and thereby fulfilling my family’s wishes, I moved around quite a bit chasing gigs. And my gig-hunting adventure then (rather randomly) landed me in Norway – where I’ve happily resided ever since. I was one of those folks that never really felt at home (in my surroundings or in my own skin) until this whole Norway thing came about. I was invited over to be guest vocalist for a small summer tour with an established blues and rock group from the west coast of Norway. We shared the same publicist in the States, and they had heard some of my previous recordings. When they suddenly needed a new singer, they reached out – and we started a dialog. I really liked what they were up to: creating lots of solid original material, etc., and I leaped at the chance to fly over and play some shows. What was initially a pure musical adventure and escape from my daily grind, turned into a complete love affair with the fjord-laced country AND my eventual wife ;-). It may sound cheesy and perhaps a little too “fairy tale”, but it was as if I suddenly – and all at once – had finally found my footing personally and professionally. I loved the inviting nature of the people here, the scenery was unbelievable, and the opportunity to really dive into making and playing some original material again was right on time for me. There has always been a great respect and regard for American culture in Norway. So, it was actually quite a natural transition to set up shop here. As difficult as it may be for many to understand, my move and settling in Norway was exactly what I needed. It’s as if my entire being found peace. It may not be for everyone, but I’m sure under Norway’s spell!

2) The instrumentation on Better Angels is refreshingly dynamic with advanced arrangements for horns, strings, piano, backup singers, and more. But you’ve been creating music with that many layers at least since 2015’s I May Never Learn, if not earlier. What steps do you take to decide the extra musical elements that will be needed for each song, and who are the musicians that you worked with on the new record?

It was certainly a goal from day 1 – to compliment certain songs on “Better Angels”  with some lush arrangements.  In general, I’m a huge fan of minimalistic approaches to arranging and songwriting.  It’s crucial for me that the songs can still live and be delivered with one vocal and a guitar perhaps – that the message can still come across like that.  But I wanted to stretch out a bit this time while in the studio.  My previous record “The Beauty And The Brawn”, was recorded predominately live in the studio with a very small and select group of players.  I wanted that one to be naked and vulnerable.  But this time around it’s very much a swing in the other direction. I wanted to compliment the lyrical content and melodies with a thick soup to swim in.  I’ve always been a “band guy” at heart and believe that music is at its best when a group of humans are listening to each other and combining their efforts into the greater good.  This record also marks the first time that I’ve had access to a home studio and could therefore experiment and record rather intricate demos of all of the songs before hitting the record button with the whole band.  Those demos, combined with the finest Nordic musical minds, created a really fun and varied record.  It was my goal from the beginning to try to find the right balance of a lush arrangement, but still keep things extremely honest.  Going big when there was room for it, and still maintaining the foundation of a simple song where relevant.  Sure was a fun experiment!

3) You’ve said that Better Angels is a collection of self-searching songs and a landing strip for a musician who has found himself and his genre. Describe what it’s like to be at such a significant point in your life and career; and what events in particular helped to solidify this new chapter?

Indeed!  That’s at least what this collection of songs and performances represent for me personally.  For years, I “struggled” (so to speak) with really nailing down my own thing musically. Largely in part to my appreciation and reverie of a vast variety of musical styles, I’ve dabbled with a lot of different stuff.  I think it’s a total blast to play a traditional blues gig at a pub one day, front a jazz big band in a theater the next, record some neo-soul background vocals in the studio the day after, and write the lyrics to a country ballad the following day, etc, etc…  “Better Angels” is certainly a pretty varied collection of styles, but the whole thing really sounds like me (for better or worse).  My voice, my dirty guitar themes, and my lyrical message are on display throughout.  It’s my own blend or stew if you will, of American roots music – telling my own personal story by asking big questions and looking for big answers.

Maybe I’m just a late bloomer, or maybe it’s reaching middle age. Maybe it’s becoming a father, or maybe my long-lens view from abroad pointed at the USA and family and friends I left behind.  Or maybe it’s my completely hitting the wall physically and mentally a couple of years ago – sparking a long and intense self-analysis.  Or maybe it’s all of those things combined.  But the new chapter is certainly open, and it feels right.  It’s pretty inspiring for the creative process actually.  I’m sure it’ll dry up sometime soon; but for now, the well is open – and I’m plenty thirsty.

Holy cow!  That’s a great, and incredibly difficult question to answer! How much time do we have?  Oh man…  Memphis and Muscle Shoals are the literal heart and lungs to my own musical universe.  Great records have been made everywhere of course.  But the stuff coming out of that region is in a league of its own.  It’s the ultimate melting pot of American Music.  It’s literally impossible to pick only one shop and only 6 records, but here goes:  We’ll save the deep dive for the next interview, and I’ll instead list some perhaps rather well-known essential listening.  I think we’d be stopping in to Shangri-La Records on Madison (in Memphis).  And we’d be purchasing the following, as an introduction to the region and its ever-giving fruit.

Records made in Memphis:

Records made in Muscle Shoals

5) The months ahead are looking more and more promising for musicians and the music community. What are you working towards, and what are you hoping most to see happen in the second half of 2021?

Man, I sure hope so!  And I choose to remain positive and agree…  Like everybody else, I sure do miss playing shows.  I’m longing for that in-person journey that we take together with a live audience.  Things happen then and there that don’t exist anywhere else…  I can’t wait to get back out there – sharing these songs and debuting even newer material.  I think everyone feels that absence of humanity these days.  Finally, being able to reconvene and share that humanity through music is something I look forward to greatly.  Until then, I’ll be in my creative cave – plugging away at new songs.  I’d like to present the follow-up to “Better Angels” and hit the ground running.