“George [Jones] is the greatest country singer of all time, and everybody else is shooting for second place,” says Isaac Gibson, founding member of 49 Winchester. “Nobody’s voice has ever made me feel things as profoundly as George’s has.”

We caught up with Gibson to learn about his influences, 49 Winchester’s evolution as a band, and the group’s upcoming LP, Fortune Favors The Bold, which drops May 13th via New West Records.

1) You wrote recently that 49 Winchester “…didn’t start out as a bunch of hot shot pickers out of Nashville. We started out on the ground floor — very basic songwriting and instrumentation. But we kept working at it, always progressing in what we wanted to do and how we wanted to sound….” Could you pinpoint a song from your catalog where you played it as a group and recognized you were advancing in a direction you were genuinely proud to be going?

I don’t think it’s a single song necessarily, but I think 49 III was the one we looked at as a turning point for us just in terms of our abilities and our confidence in ourselves. That record made us feel like we had arrived. And this new record coming out does that even more so…so really no singular moment. We are just constantly improving and being better musicians and better men.

2) Who are some of your influences for vocals? You have a soulful delivery style that’s not entirely common in the realm of Americana/Country music you write. 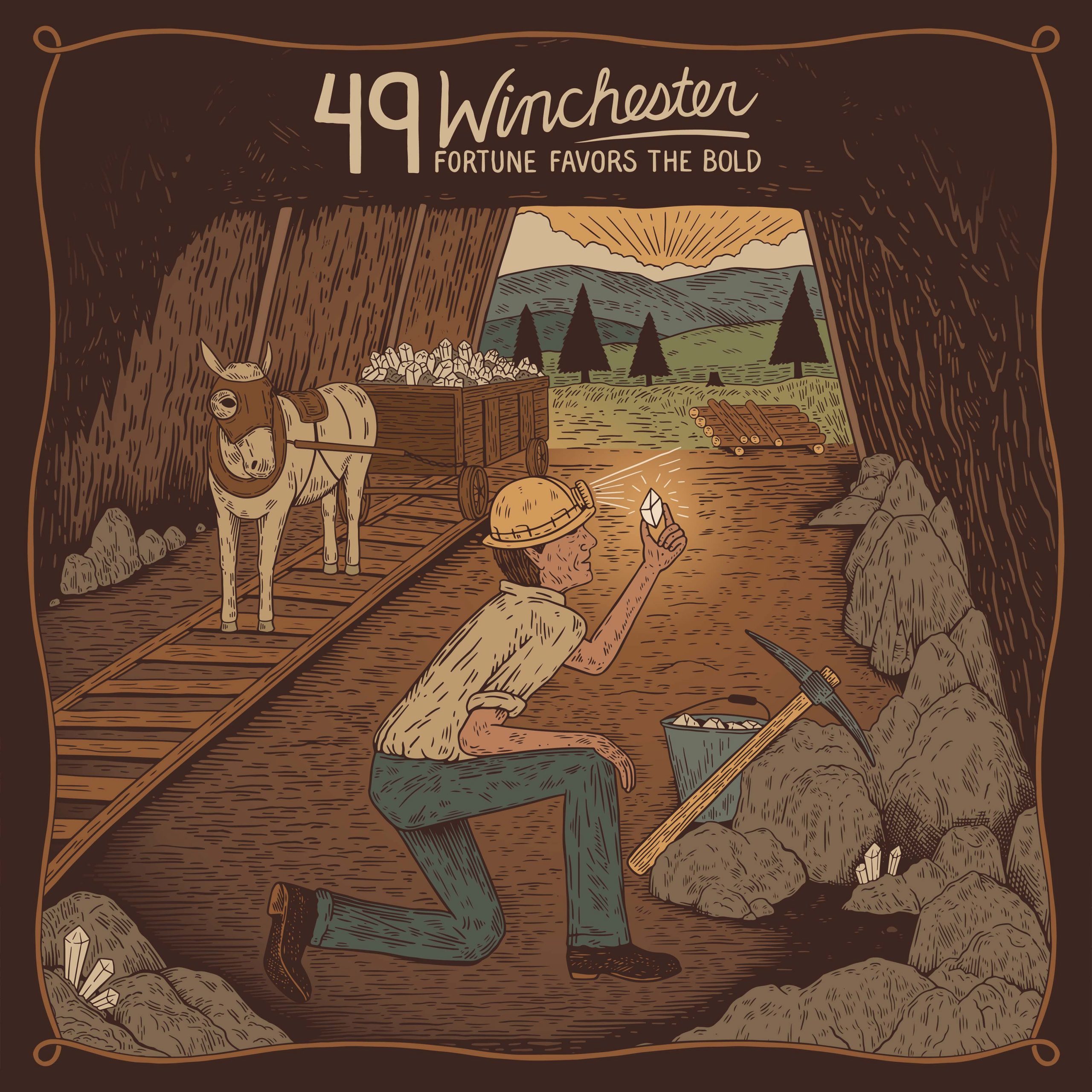 I think my vocal delivery and style is something that reflects that diversity, but honestly, it’s really just how it worked out. My voice is naturally a little different, kind of unique, so it’s as much nature as nurture, I would say.

3) You came out the gate strong in 2014 with your S/T album, but have there been any intentional changes to your writing or sound since recording that record?

Things have certainly changed, but it’s because we changed, we evolved, we grew. Our music has morphed and matured as we have, so it was more of an organic thing than a decision to try to sound one way or another. We are (and always will be) in the business of playing songs that come from our hearts and resonate with us, first and foremost, and this is how it’s played out so far.

4) Talk to us about George Jones. His name pops up from time to time in your songs. What are your top three G.J. songs, and could you explain why?

George is the greatest country singer of all time, and everybody else is shooting for second place. Three favorites would probably be “Golden Ring,” “If Drinking Don’t Kill Me,” and “There’s The Door.” Nobody’s voice has ever made me feel things as profoundly as George’s has.

5) Would you pick two of your favorite 49 Winchester music videos and tell us why they’re you’re favorites, as well as who directed each?

“Russell County Line” and “Damn Darlin’.” The first was self-directed and shot by Johnson City Aerial Photography, which is our friends Mike and Victoria, and “Damn Darlin'” was filmed by Thomas Crabtree. Both were a pleasure to work on, and we are really proud with how they serve the song. Always fun to shoot videos.

Bonus: What can you tell us about your album release show in Bristol, VA/TN, on May 13th?

It’s at the Lauderdale Stage, outdoors, at the Sessions Hotel in beautiful downtown Bristol. It’s free, and you should be there! We would love to see you!